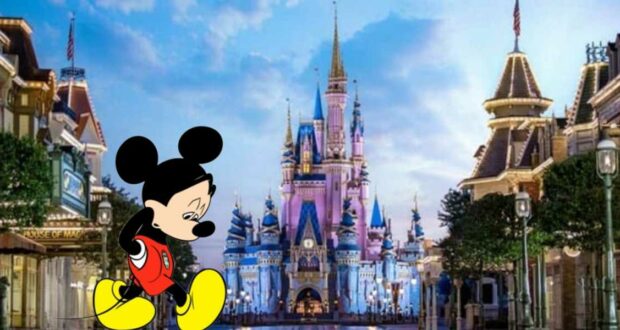 A Disney Guest reported a sad state of affairs when they were still hit with a charge from a Disney World establishment despite having a medical emergency.

It’s been a whirlwind of a week for Disney with former CEO Bob Chapek’s exit, now-current CEO Bob Iger’s return, and the firing of Chapek’s top ally Kareem Daniel from the Walt Disney Company. It’s clear that the Mouse House is seeing some organizational changes coming in over the next few weeks and months. But in the midst of this the Parks are continuing to function as they did and Guests are reporting some less-than-savory happenings.

Some fans recently reminisced about a pre-Covid Disney, another fan shared a video of a performer giving an emergency signal during a Disney World parade, and now, a recent visit to Walt Disney World Resort did not go as planned for Guests visiting Magic Kingdom Park.

The Guest, u/robot621, shared on the social media platform, Reddit:

Recently me and my wife were at magic kingdom and unfortunately, my wife had a slight medical issue that forced us to use Disney’s urgent care service and had to be shuttled over to the urgent care they use for emergency’s.

Now that emergency made us miss out on a “Be Our Guest” dinner reservation. I know Disney charges for missing a reservation, but I wasn’t too worried about the charge as this was an emergency and I figured if I asked to have the money refunded it wouldn’t be a problem. We had made all our reservations that week up to that point so we definitely don’t have a habit of missing on purpose.

The Guest’s tale wasn’t over. They explained that it’s been two weeks, and they have put in two tickets through the Disney help center. They said, “One immediately when we were charged and one a week later and have not heard back from anyone. I also tried calling a number of times, and when I have been transferred, the call disconnects.”

While this is by no means the first time this kind of issue, whether with wait times to avail a service or purchase passes, or a Guest Relations CM interaction has not gone well, it’s certainly not common for a medical emergency to not be acknowledged.

While there has been no update on the situation from the Guest, here’s hoping they were able to rectify their issue and get their refund sorted.

Walt Disney World Resort is known as “The Most Magical Place On Earth,” and it is home to four magical Disney Parks: Magic Kingdom, EPCOT, Disney’s Hollywood Studios, and Disney’s Animal Kingdom.