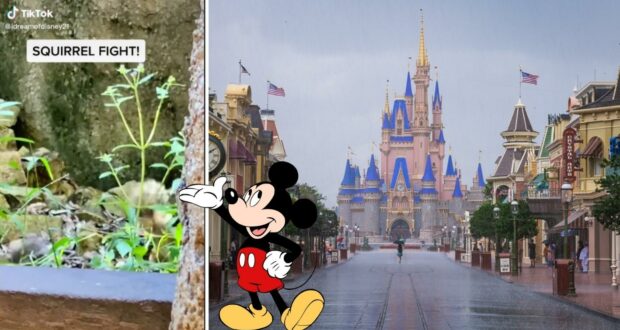 There have been an unfortunate number of brawls and fights at Disney World, but recently a Guest captured a rather unexpected and surprising altercation.

The Walt Disney World Resort holds its own as one of the best places in the world to enjoy a Disney vacation. Whichever Theme Park you pick within the Disney Resort—Magic Kingdom Park, EPCOT, Disney’s Hollywood Studios, or Disney’s Animal Kingdom—every Disney Park has something unique to offer Guests with many a world-class attraction and ride that give you the ultimate Disney experience.

Related: Guests Held Up at Disney World Due To Physical Altercation

But sometimes, there are things that make this experience a little less than optimal. Just this year, we at Disney Fanatic have reported on multiple fights at Walt Disney World and Disneyland Resort this year, including a Magic Kingdom brawl that left one person hospitalized and two families banned from the Disney Parks.

But this week, a different kind of altercation broke out in Fantasyland. Tiktok user and Disney Guest, @idreamofdisney21 was in line for the attraction Seven Dwarfs Mine Train when she caught an intense moment between two surprising Disney Park Guests—squirrels!

We’re happy to say that no one was in fact injured during this squabble and that the fight was more of a light-hearted report than anything else.

Here’s what Disney has to say about the attraction itself:

Deep inside an age-old mountain, clamber into a rustic mine train and make your way up a steep incline.

At the summit, feel the wind across your face as you navigate hairpin turns and head deep into the mine shaft—your creaky cart teetering back and forth. Soon, the dark sparkles with glittering jewels and you encounter the Seven Dwarfs, whistling and singing while they work.

Chug through the cavern and climb skyward. At the peak, glimpse an incredible view of Fantasyland before racing back down to the foot of the mountain. 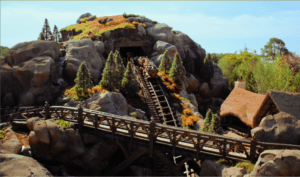