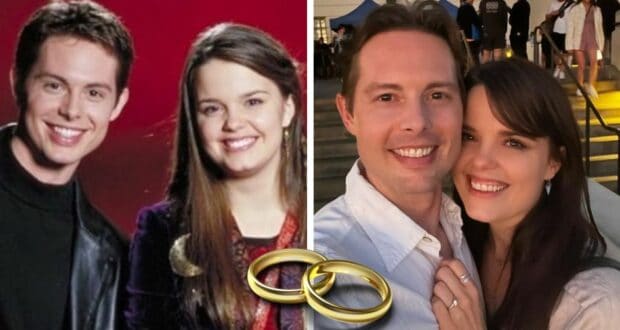 The classic Halloweentown Disney Channel Original Movies are the digital equivalent of comfort food for many Disney fans, and those same fans will be excited to learn that two stars from the movies are getting married!

The 1998 movie Halloweentown follows the journey of teenager Marnie Piper as she and her siblings discover that they are witches with magical powers (and that they actually are from a long line of witches). Marnie and her family are introduced to Halloweentown, a magical town for supernatural creatures that represents Halloween all year round, by her grandmother Aggie (played by Singing in the Rain actress Debbie Reynolds).

Villains soon arise, however — particularly Kalabar — so Marnie and her friends and family must unite against supernatural villains in the family-friendly films in order to save the citizens of Halloweentown. The movies were a resounding success, and are still many people’s favorites for Halloween (especially since the nostalgic Disney Channel Original Movies are streaming on Disney+)!

In the second movie from 2001, Halloweentown: Kalabar’s Revenge, the son of Kalabar becomes an antagonist. Kal, Kalabar’s vengeance-seeking son, is played by Daniel Kountz. Kal and Marnie obviously do not get along in the films — but in real life, Kimberly J. Brown (the actress who plays Marnie) has actually just gotten engaged to Daniel Kountz!

The couple did not date when they were filming the movies 20 years ago; at the time, Kountz was dating someone else, but he and Brown also simply felt like friends at the time. It wasn’t until 15 years later that the pair met to catch up; as Kountz puts it, “when I first saw her when she walked in after we hadn’t seen each other forever, there was a definite shift and ‘Oh, you’ve grown up. Like, oh okay, you’re wearing heels, wow, look at that. You’re like a pretty lady.'”

Now, the couple has actively posted pictures together on social media as their relationship deepens. “It’s been pretty fun getting to watch the fans’ reactions to it over the years,” Brown told E! News back in 2021. “It cracks us up.”

“The comments were great,” the Halloweentown star added. “People were worried about Aggie’s spellbook still [and] were like, ‘How can you date the enemy?!’ and then other people were like, ‘I shipped Marnie and Kal since the movie came out!'”

“The movies have definitely meant a lot to me just growing up and now that they mean a lot to other people it makes it so much more significant,” Brown added. “But now there’s this aspect of our personal lives too that has bonded us in a different way. It definitely has just made it that much more special and just the irony, too, of us playing hardcore enemies and then being quite the opposite of that in real life.”

Kimberly J. Brown (whose last Halloweentown movie was Halloweentown High in 2004) just shared her answer to Daniel Kountz’s proposal on Instagram in the post shown below, saying “Have I introduced you guys to my Fiancée?” and adding the hashtag #isaidyes to confirm the couples’ engagement. Now, fans will be wondering about the wedding!

“We’re gonna fly in on brooms, we’re gonna do the whole shebang,” Kountz had jokingly said when asked if the pair were entertaining the idea of a Halloweentown wedding or a Halloween wedding like this one. “I’m sure the fans would love that,” Brown agreed. “I mean, I don’t know, that idea has never come up in our discussions about life. But I’m sure that would be art imitating life or life imitating art? One of the two.”

Time will tell how these Halloween-loving lovebirds choose to get married!