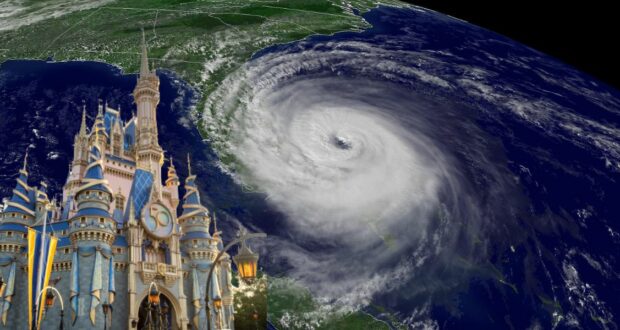 Earlier today, Disney Fanatic reported that the storm caused Magic Kingdom, EPCOT, Disney’s Hollywood Studios, and Disney’s Animal Kingdom to cease operations at 5 pm on the eve it was supposed to hit with little hope that the Parks would reopen again the next day.

Two storms in one year sound like a lot, but what is Disney’s personal record? Here is what we found:

According to the National Oceanic and Atmospheric Administration (NOAA), The Walt Disney World Resort felt some level of four hurricanes in 2004, and they all came and went in the span of six weeks. All four storm names were retired, and they were Charley, Ivan, Frances, and Jeanne.

Charley came first. What can now be described as a mini version of Hurricane Ian, Charley slammed into Florida’s Southwest Coast as a Category 4 and pushed its way up the peninsula.

Frances came next, hitting the East Coast of The Sunshine State as a Category 2 and crossed the path of The Most Magical Place On Earth as it made its way to the Panhandle.

The third was Ivan. While its main target was the Florida Panhandle, this massive Category 3 storm still delivered stormy weather all the way down to Central Florida, with storm surge even felt in nearby Tampa Bay.

And the fourth was Jeanne. Moving in almost the same course as Frances, Jeanne landed as a Category three on the East Coast and made its way low and slow across the peninsula in a northwest direction.
Disney World closed for all of the storms except for Ivan.

As far as hurricane closures are concerned, if Nicole continues on its current course, it will be a rare instance where Disney World gets visited by more than one hurricane, but it still will not top the time in 2004 when three storms brought The Walt Disney World Resort to a halt over and over again.

Hurricane Season begins on June 1 and does not end until November 30.