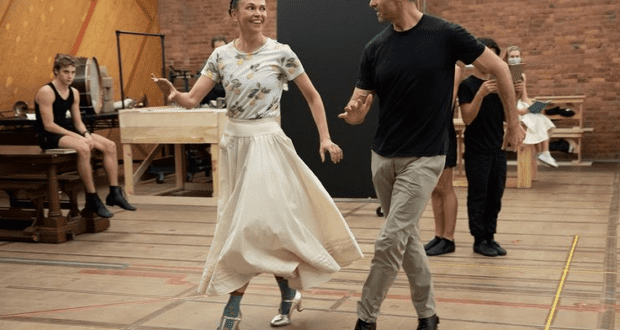 Most Disney fanatics know Hugh Jackman, as do audiences almost everywhere! The Australian actor and singer is known for his charisma, his good humor, and the variety in his roles. Hugh Jackman has played everything from a troubled X-Men mutant and Marvel superhero named Wolverine (a character that he got famously well-muscled for) to P.T. Barnum in The Greatest Showman (2017) to the villain Blackbeard in Pan (2015). He even played Gaston from Beauty and the Beast (1994) back in the day on stage, and he won a Tony Award for Best Actor in a Musical for his performance in The Boy From Oz back in 2004! 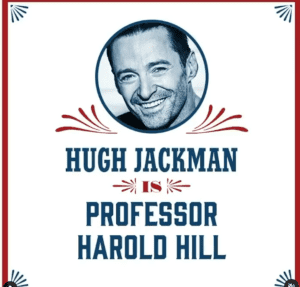 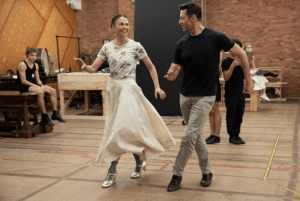 Sutton Foster and Hugh Jackman in rehearsals for the Broadway revival of The Music Man. Credit: musicmanbway Instagram

Now, Hugh Jackman is back to his stage work—and this time, he’s chosen a Broadway role in New York that really seems to put him in his element. Hugh is playing Professor Harold Hill in The Music Man, which is a classic American musical, and his leading lady is none other than the legendary Broadway veteran Sutton Foster! Sutton Foster has won two Tony Awards for Best Actress in a Musical, and her most famous roles include Millie in Thoroughly Modern Millie, Reno in Anything Goes, and Princess Fiona in the stage version of the 2001 movie Shrek (which you can see on Netflix). The pair have been sharing lots of tidbits during rehearsals, with previews opening soon, and it’s clear from what they’ve shared that Sutton and Hugh’s chemistry (and talent) will make for an incredible show at the Winter Garden Theatre. 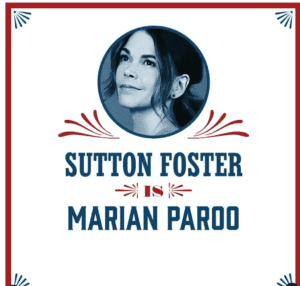 The Music Man follows con man Harold Hill, a man who swindles entire towns out of their money by masquerading as a band teacher. He typically gets the children in town signed up for his band, gets the parents to order band uniforms and instruments, and then skips town as soon as the time comes to actually teach music. But when Harold Hill tries his tricks on Gary, Indiana, he meets librarian Marian Paroo—and love, and a sense of home, might be enough to make him reconsider his ways. Characters like Mayor Shinn, Mrs. Shinn (also known as Eulalie Mackecknie Shinn), and Marcellus Washburn also make for a fun ensemble cast!

The small-town charm of The Music Man’s settings and its surprisingly beautiful music has always made this musical a light, fun piece of work—but with Tony winners like Hugh and Sutton leading this Broadway revival in New York City, it will definitely be one to see! And while Sutton Foster is famous for her tap dancing, many people might not have known about Hugh’s dance skills; it takes a lot to keep up with a tap-dancing Tony winner who is known for her endurance, but Hugh definitely keeps up! Check out a preview of these well-seasoned performers getting ready for their shows at the Winter Garden Theatre here and here!