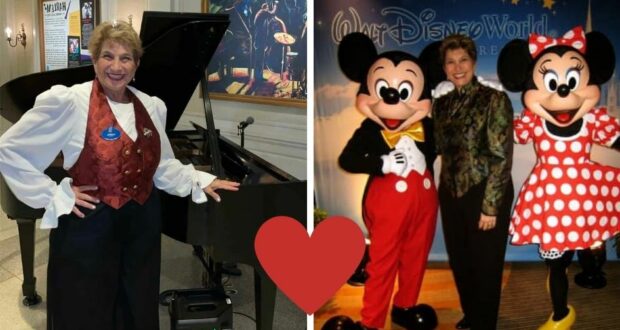 These days, Disney Guests are more likely to talk about the newest Disney Park roller coasters, the newest Disney Park policies, or the wildest Guest behavior that they have witnessed on a Disney vacation — but occasionally, Disney Guests are reminded of the old-school Disney magic that first attracted them to Walt Disney World Resort, and one person who exemplified that classic Disney magic is about to leave her long-held position in EPCOT!

You might not recognize this “Piano Lady” from EPCOT, but Disney Cast Member Carol Stein has been a Disney pianist and Disney performer for many, many years full time. Carol Stien has performed in many Disney locations, but she calls EPCOT her most “beloved” Disney vacation. 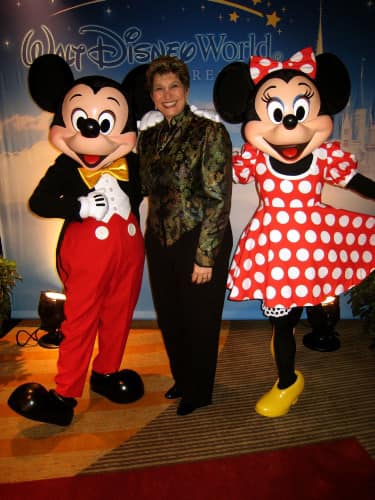 Carol Stein announced her retirement on Facebook, saying that she is retiring “with emotional feelings of excitement and a timeless treasure of magical memories” this November.

“I look forward to spending more time with my amazing husband, Lee Wolfson,” she added, “as we begin an exciting new phase of our lives together….. enjoying life, traveling the world …. performing concerts, composing, and many more exciting new endeavors!” 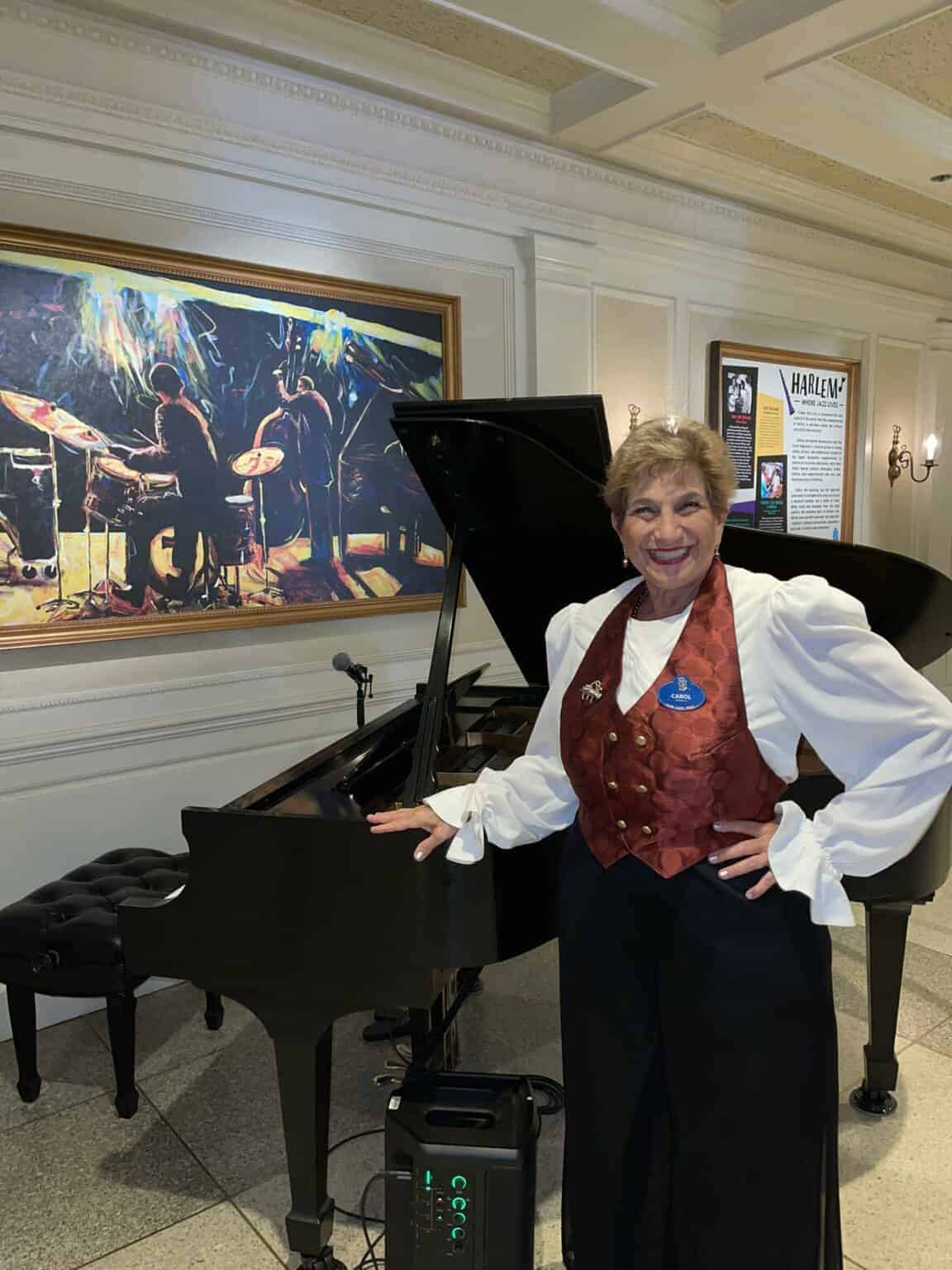 If you want to see Carol Stein during a September Walt Disney World Resort vacation this year, you still have a few more chances. She will be playing the piano at the American Adventure Rotunda on September 26, 28, and 29. Then Carol Stein, the “Piano Lady”, will be rounding out her last full-time Disney days at the Rose & Crown Pub on October 3, 4, and 6.

Disney World Guests will be out of luck when it comes to Carol’s performances in October after that, since she will be on a trip to Europe for the rest of the month, but the fan-favorite will be back for her last three EPCOT days at the Rose & Crown Pub on November 1, 2, and 3! 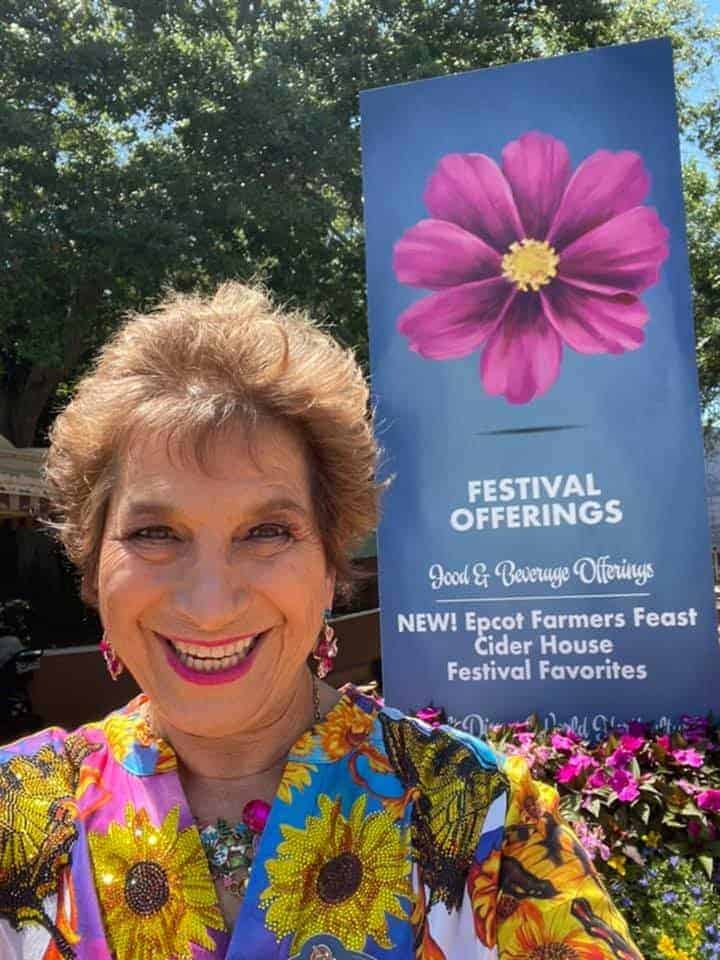 The “Piano Lady” thanked many people in her retirement statement, including “fellow Cast Members who are more like family” and Guests, whom she credits with being “the reason I had the opportunity to share my passion and music at Walt Disney World.”

If you are a huge fan of Carol Stein as a pianist and you are eager to see more of her performances, but you have no Walt Disney World Resort vacations planned in Florida before this November, then fear not! Carol Stein will apparently be returning occasionally as a Cast Member for special performances with Disney, so she is not entirely gone from Disney’s roster of pianists.

“My heart is filled with pixie dust and joyous tears,” Stein says — and we hope that continues for her in her retirement!