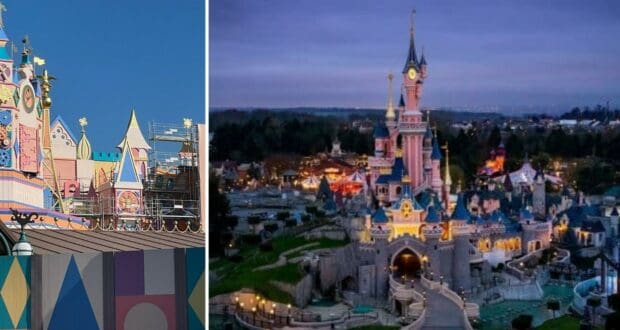 PHOTO: ‘it’s a small world’ Sees Light at the End of the Tunnel

The classic ride that has been under construction for almost a year at a Disney Park finally sees more of its facade revealed.

Going to a Disney Park anywhere in the world is an experience to write home about. Getting to live that Disney magic and breathe in the Disney experience is one many fans dream of. Whether you choose to go to the Walt Disney World Resort (be it the Magic Kingdom, Disney’s Hollywood Studios, or any other Theme Park), Disneyland Resort, or Disneyland Paris among others, they’re all incredible places to go for that Disney vacation. 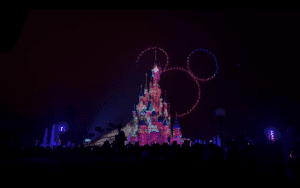 A wonderful update from the Parisian Park shows that a truly iconic attraction is slowly coming back to life following a months-long closure.

The classic attraction, “it’s a small world” has been closed for almost an entire year, since November 29, 2021, and will remain closed until later this year. Earlier this year, construction walls completely covered the ride building. But, as we found out recently, the attraction is making significant progress: the construction walls are coming down left and right, as seen in a tweet from Disneyland Paris bons plans (@Disneylandpbp).
Check it out:

‘it’s a small world’: The Happiest Cruise That Ever Sailed

Sing along to the classic anthem of world peace during a delightful musical boat tour hosted by the children of the world. From a colourful dock, climb aboard a cosy boat and set sail along the Seven Seaways Waterway on a 10-minute journey.

Amid a vibrant, multi-coloured backdrop exquisitely crafted out of papier-mâché, glitter and fabric, behold a cast of almost 300 traditionally dressed dolls from nearly every corner of the globe sing a simple song in their native language about universal harmony and dance. Travel to all 7 continents and, by journey’s end, see for yourself that it truly is a small world after all.