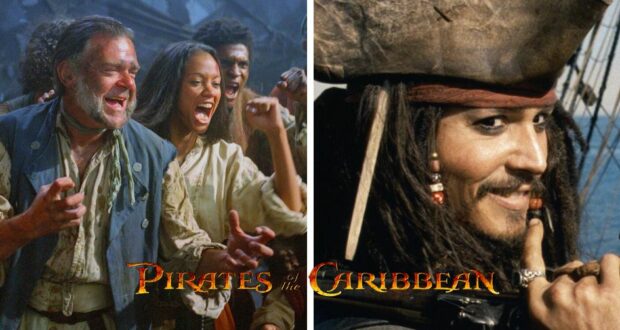 Disney Wants Johnny Depp Back as Jack Sparrow, According to Anonymous Report

Johnny Depp seemed to be well on his way away from the Pirates of the Caribbean franchise and over the horizon — or, at least, his character Captain Jack Sparrow seemed to be — but no longer! Disney is reportedly interested to bring Johnny Depp back in his role, even after the events of the Depp vs Heard trial and his clear declaration that he would not come back to make another Disney pirate film (not even for $365 million)!

Apparently, there has been word from an unnamed source close to the American actor, indicating that Disney is preparing to ask for Depp’s forgiveness and bring Captain Jack Sparrow back — and not necessarily as an animated character with a different voice actor, which would have been a clever way to circumvent the Johnny Depp problem! Instead, the anonymous report shares that it will “probably” be Johnny Depp back in the role. According to this anonymous report, Disney “reached out to the actor prior to his defamation trial against Amber Heard and asked whether he would be interested in returning for another pirate film or two.” Disney reportedly has two specific projects in mind: “Pirates of the Caribbean 6 and a spin-off Disney Plus series about the early life of the Captain of The Black Pearl”.

The unnamed source apparently shared that “the studio has already penned up a draft for a film about Jack Sparrow so they are very hopeful that Johnny will forgive them and return as his iconic character.” This report allegedly says that Disney is planning to offer $300 million to Johnny Depp, which seems dubious since Depp specifically mentioned a higher number than that during the Depp vs Heard trial (not to mention the fact that he also seemed intent on refusing to return to the role).

Margot Robbie is already in place to star in the next Pirates of the Caribbean film, but fans have been making it clear that they plan to boycott Pirates 6 if Captain Jack Sparrow — played by Johnny Depp specifically — is not in it. With the threat of a box office failure looming and this new anonymous report making the rounds, it certainly seems possible that Johnny Depp might make his comeback in the Caribbean!

If this report is false and Depp does indeed stay out of any more Pirates of the Caribbean series, fans who meet the actor in person can still glean some Captain Jack Sparrow charm from the actor if he’s in the mood. The actor typically does not seem to shy away from quoting his character’s famous lines for fans when he meets them!

Will you be watching the next Pirates of the Caribbean movie, even if Captain Jack Sparrow is not in it?