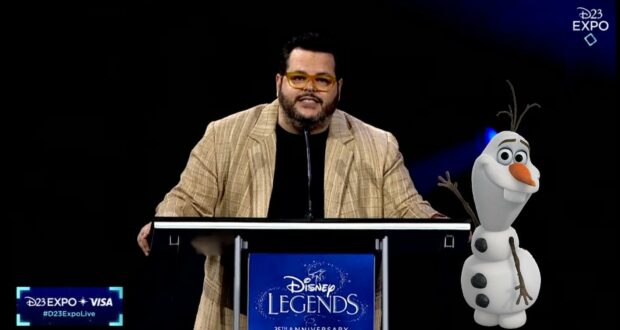 This year, Josh Gad was honored as a Disney Legend, and the actor surprised Disney fans with his acceptance speech.

One of the most highly anticipated events of Disney’s ultimate fan event, the D23 Expo, is the Disney Legends Awards ceremony. This year’s honorees included some from the cast of Frozen, namely Kristen Bell, Josh Gad, Idina Menzel, and Jonathan Groff. 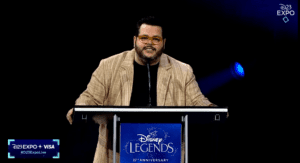 Newly inducted Disney Legend Josh Gad, true to his humorous talent, had the audience in splits and surprised viewers with some revelations about his past dalliances with The Walt Disney Company.

The actor called himself the “Angela Lansbury of [his] generation” and talked about what it was like to peak at the age of 41. He kept the audience constantly laughing and then surprised everyone with his reveal that he’d been rejected at 18 years old when he auditioned to be a Disney Cast Member. He also expressed how this “corporate knighthood” was one he would wear with pride and would use to try and get early access on all Theme Park rides.

Check out a snippet from his speech below:

One of the most heartwarming parts of the Disney Legends Awards ceremony was to see each honoree express how Disney had been a part of their childhood and inspired them to take to their careers, and Josh Gad was no less.

Gad brought up the late Robin Williams and talked about how Aladdin had been the movie he had on repeat. The Disney Legend mentioned how hearing Williams voice the iconic character of the Genie was what told him he wanted to be an actor one day.

His speech tugged at heartstrings and was the perfect balance of funny and meaningful. The actor also joked he would now go to early retirement as he had achieved the honor of becoming a Disney Legend. 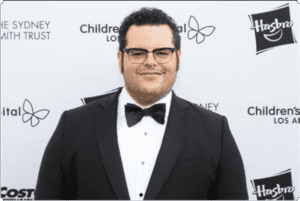 The Disney Legends Award is a highly prestigious honor for any performers who have worked with Disney. Actresses who provide voiceover work for Disney princesses have received the honor (Jodi Benson, Anika Noni Rose, Lea Salonga, and Paige O’Hara are among the examples). However, live-action performers like Dick Van Dyke are also Disney Legends, as was the late Betty White.

The 2022 honorees also posthumously awarded Chadwick Boseman for his role in Black Panther, Tracee Ellis Ross, and Imagineers from The Walt Disney Company like Doris Hardoon. The ceremony was particularly beautiful as they celebrated the upcoming 100 years of Disney as well.

We at Disney Fanatic will continue to keep readers updated about all D23 news as it comes to light. 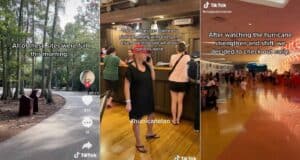