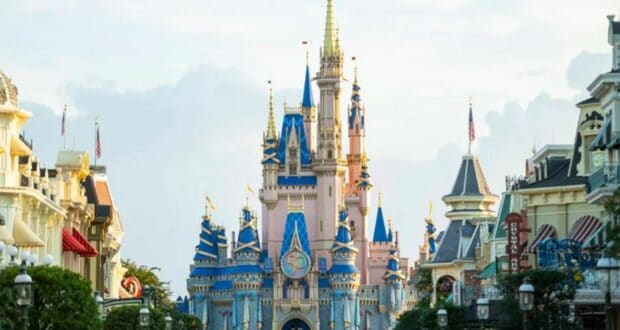 And while some experiences are missing or have reached the Disney chopping block, we are excited that Magic Kingdom Park is truly starting to look like its old self once again.

With the return of fan favorites such as the Festival of Fantasy Parade and character dining experiences, including Winnie the Pooh and Friends returning to The Crystal Palace, the “new normal” is giving off those pre-COVID vibes at Magic Kingdom Park.

The latest Disney experience to return to Magic Kingdom is the stunning red-haired Princess we all know and love as Merida!

RELATED: Here’s Exactly How to Be Merida From “Brave” For Halloween

That’s right, Merida from Disney’s animated film Brave (2012) is once again greeting Guests in her Fairytale Garden within the Fantasyland portion of the Disney Park.

Located beautifully in the shadow of Cinderella Castle, next to Cheshire Café, Merida is back, welcoming lads and lassies for a perfect photo opportunity and autograph.

Disney describes the theme park meet and greet experience with, “Welcome, Lads and Lassies! Join Merida, Princess of DunBroch, inside Fairytale Garden. Hear tales of her passion for archery and all her very Brave adventures.”

Merida has also been in the buzz of the Disney fandom as fans of Brave are curious if Disney will be making a live-action movie of the original animated film. Fans are even suggesting which actress would make the perfect Merida, including the mention of Karen Gillan.

Be sure to drop by Magic Kingdom to welcome back Princess Merida!