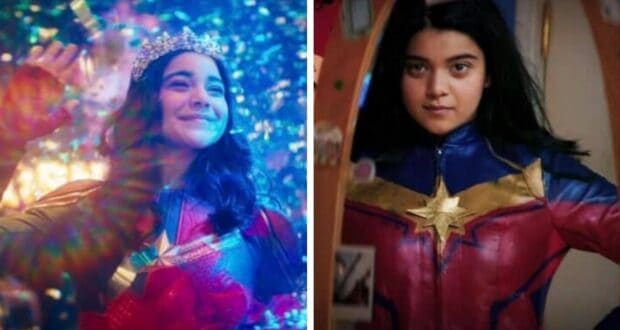 With so many new Marvel movies or shows coming out on the streaming service Disney+ in recent months (as well as arriving in theaters), it might be tempting to skip the upcoming Marvel show Ms. Marvel. However, the earliest reviews for the new Marvel show are in, and so far critics are giving viewers a reason to stick around!

Kamala dreams of becoming a superhero with superpowers, and she is not shy about expressing her devotion to the idea. However, things go a bit haywire when Kamala actually does gain some superpowers of her own!

The stars of Ms. Marvel hit the carpet in London last night for the UK special screening of the new Original series from Marvel Studios!#MsMarvel, starts streaming June 8th only on @disneyplus. pic.twitter.com/5GjROVoEzJ

The Marvel comic book character Ms. Marvel (and Kamala Khan) is played by newcomer Iman Vellani (shown above at the UK screening of the show), and so far the reviews of the show’s first two episodes make it clear that Iman Vellani’s performance is going to be a highlight of the series (much like Oscar Isaac’s performance has been a highlight in the recent Marvel show Moon Knight). 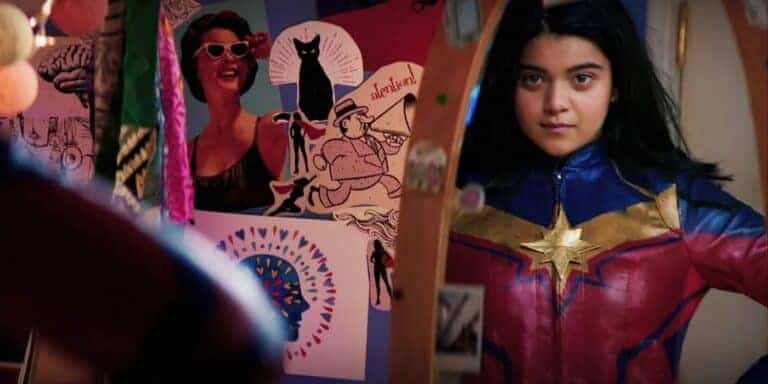 Reviewers are comparing Kamala Khan’s earnest, enthusiastic nature to that of Peter Parker (as played by Tom Holland). In the Tweet below, one Twitter user said that Ms. Marvel “most definitely feels the most like Homecoming. Kamala is a straight up nerd who is in love with the Avengers. What makes her journey more interesting is her struggle with identity, being a Pakistani and a Muslim America. Her awkwardness is soo relatable and charming”.

#MsMarvel most definitely feels the most like Homecoming. Kamala is a straight up nerd who is in love with the Avengers. What makes her journey more interesting is her struggle with identity, being a Pakistani and a Muslim America. Her awkwardness is soo relatable and charming. pic.twitter.com/nfIlMsYMq2

Russ Milheim Tweeted that the first two episodes of the show quelled any concerns he had about the show; according to Russ, “Iman Vellani is perfect for the role, and does a phenomenal job. She’ll quickly become an MCU favorite”. Iman’s chemistry with her co-star Matt Lintz (who plays Bruno) was also praised.

Iman Vellani is perfect for the role, and does a phenomenal job. She’ll quickly become an MCU favorite.

Her chemistry with Matt Lintz’ Bruno is also top notch.

So far, the series is great.

The series starts streaming on Disney+ on June 8, and Marvel fans will get to see how Ms. Marvel and Kamala Khan start to fit into the Marvel Cinematic Universe! We do know that Captain Marvel (also known as actress Brie Larson) does interact with Kamala Khan (i.e. Iman Vellani) in the new Captain Marvel movie The Marvels and seems to be a supportive character when it comes to the young Kamala Khan.

With Captain Marvel’s involvement and plenty of positive early reviews, it looks like Ms. Marvel is going to be a highlight of the summer (even with competitors like Doctor Strange in the Multiverse of Madness and Thor: Love and Thunder stealing some of the limelight)!