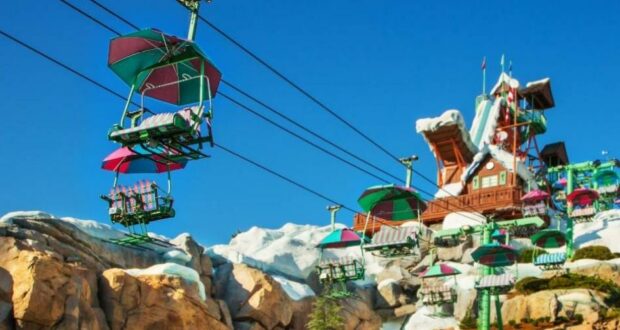 PHOTOS: Look in on the Only Disney World Park Still Closed

There is still one Park at the Walt Disney World Resort that remains shuttered: Blizzard Beach. For the past several months, Disney World’s second water Park has been closed for intense refurbishment, although the specifics of those refurbishment efforts have remained unclear.

Aerial footage shared on Twitter by @bioreconstruct gives a glimpse into what is going on around Summit Plummet.

According to the overhead insider, the most noticeable project currently underway involves the tube slide Teamboat Springs.

Aerial overview of Blizzard Beach where some regular maintenance is underway during a refurbishment. New waterslide sections are staged at right. Some sections have been removed from Teamboat Springs, at left. pic.twitter.com/v64A4N8eao

Scaffolding is temporarily under the structure, providing a platform for construction workers.

The waterslide sections appear to be staged in a parking lot. It is unclear if these are new or refurbished pieces.

Aerial look at waterslide section staging at Blizzard Beach. Arrow at what seems to be sections recently removed during this refurbishment. pic.twitter.com/Fdf6pXdk2J

It is still unclear when Disney’s Blizzard Beach will reopen to the public. As of right now, its sister Park, Typhoon Lagoon, is open and welcoming Guests both during normal daytime operating hours and at night for a special extra-ticket event, Disney H2O Glow After Hours. 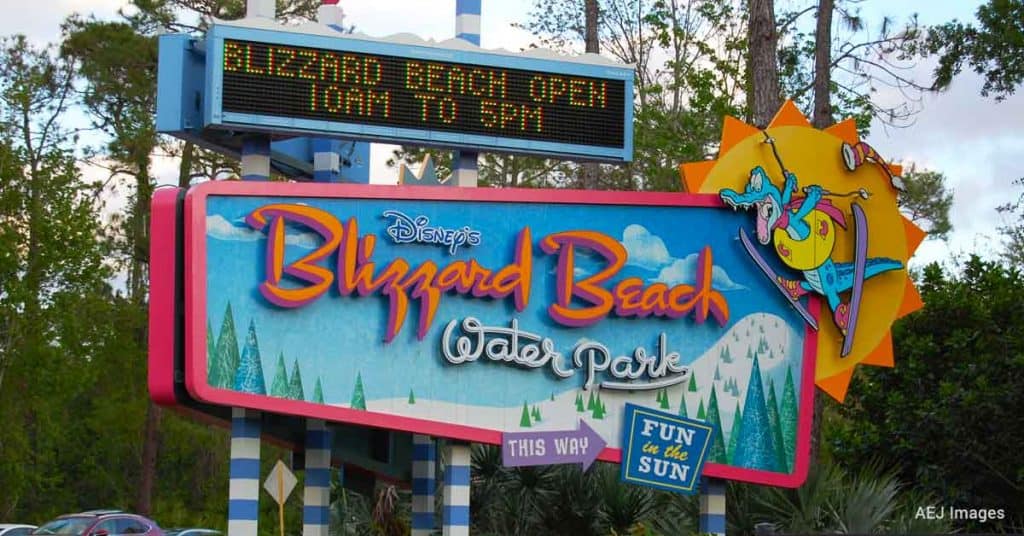 Opening on April 1, 1995, the “Disney Legend” states that Blizzard Beach was quickly founded as Florida’s first ski Resort after a freak snowstorm blew through the area. However, the Sun quickly reconquered Central Florida and melted all the snow. Just before the Park’s founders were about to call it quits, they spotted an alligator sliding through the waterlogged slopes and ski jumps. Thus, the ski Resort became a water Park with the “Ice Gator” as its mascot. It features iconic attractions such as Summit Plummet, Toboggan Racers, and Tike’s Peak.