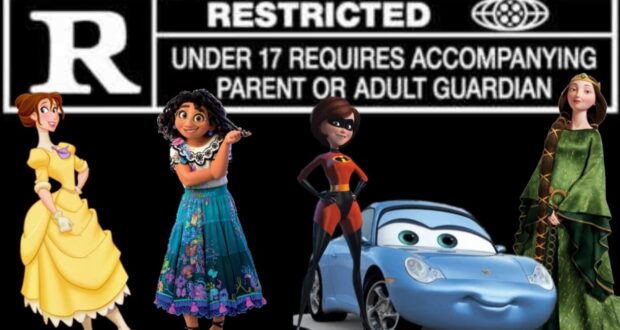 Disney Princesses and other Disney heroines are beloved characters on the silver screen. But the actresses behind them can often be found stretching themselves for more dramatic adult roles. These are 10 Disney heroines featured in dramatic role in R-Rated films.

(Tim Burton’s The Nightmare Before Christmas, 1993) 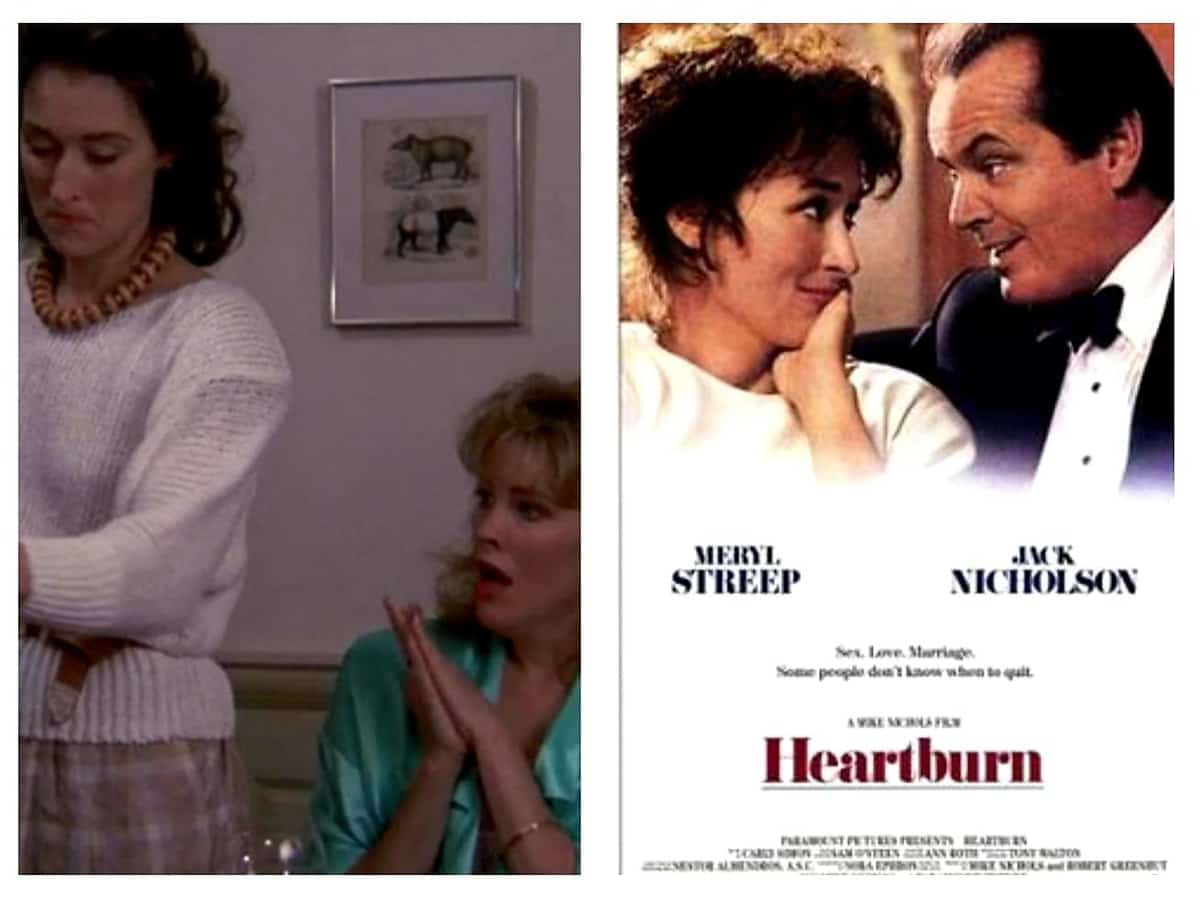 Catherine O’Hara was the voice actor behind Jack Skellington’s friend and love interest, the ragdoll Sally, in Tim Burton’s The Nightmare Before Christmas by Walt Disney Productions. A Disney holiday classic for both Christmas and Halloween, Nightmare Before Christmas is heavily featured in Disney Parks’ holiday celebrations, most notably the annual “Haunted Mansion Holiday” refurbishment in Disneyland. But before she gave her voice to the Disney heroine she co-starred in 1986’s Heartburn. With a screenplay by writer Nora Ephron, based on her semi-autobiographical novel of the same name, the story chronicles the deteriorating marriage of Manhattan food writer Rachel Samstat (Meryl Streep) and Washington, D.C. political columnist Mark Forman (Jack Nicholson). Catherine O’Hara plays a friend of the couple Betty, who is seen notably in the scene where Streep pushes a pie into the face of fellow Oscar winner Nicholson.

She’s a magazine writer who gives up her career for love and family. He’s a playboy newspaper columnist who can’t quite give up his old tricks. And if that combination doesn’t give a relationship Heartburn, nothing will. 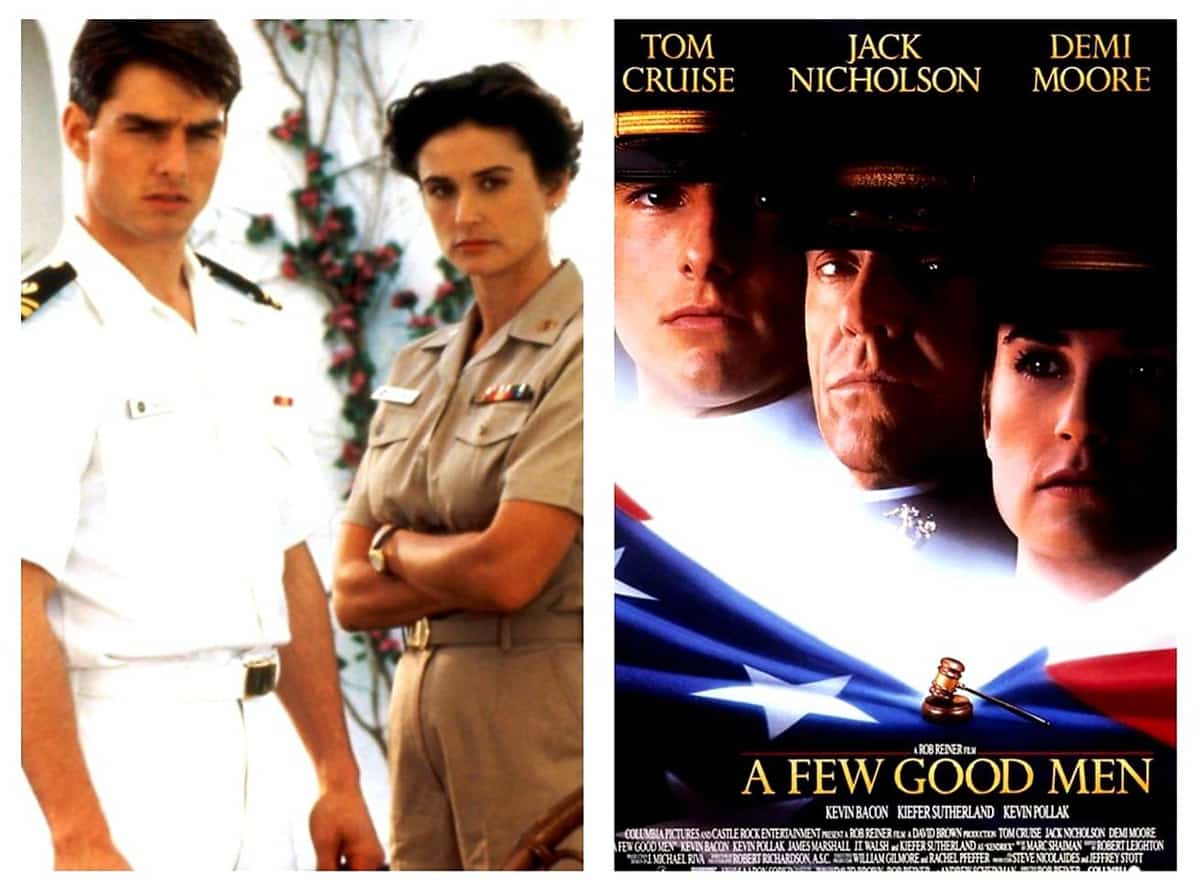 Demi Moore was one of the great beauties of the 90’s, and she provided the voice for the beautifully bewitching gypsy Esmerelda in Disney’s The Hunchback of Notre Dame. Esmerelda captures the heart of the Hunchback of Notre Dame himself Quasi Modo (Tom Hulce), the Captain of the Guard Phoebus (Kevin Kline), and the tortured Judge Claude Frollo (Tony Jay). Esmerelda is most passionate about justice, for her people and others who are exploited and marginalized as they are. Demi Moore searches for justice as well as the United States Navy’s LtCmdr. Galloway, in A Few Good Men. Alongside co-star Tom Cruise, Galloway she forms a part of the defense team in the murder case of two U.S. Marines stationed at Guantanamo Bay. 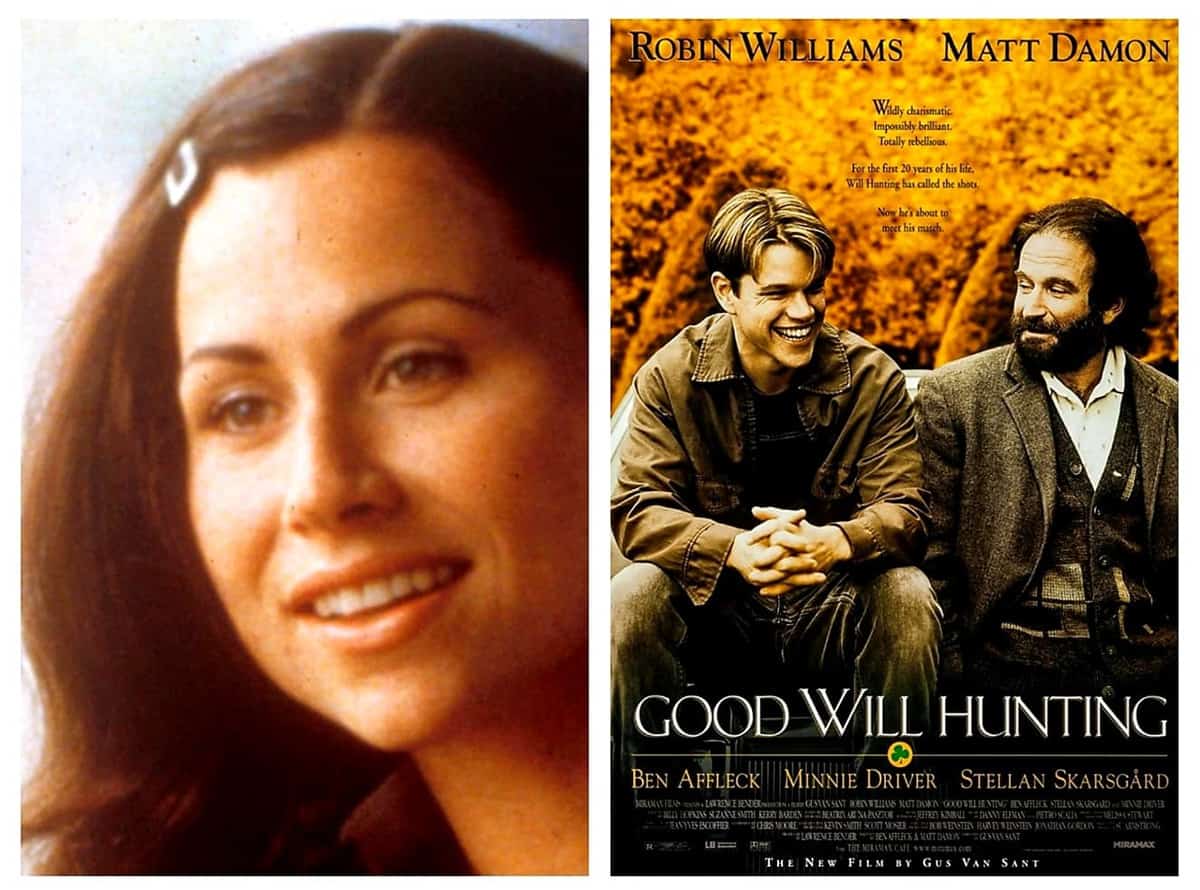 In 1999 Minnie Driver gave her voice to Jane Porter, the heroine of Disney’s Tarzan. Jane is Tarzan’s perfect match in every way, and their love story is one of the most enjoyable to watch of the many animated Disney couples. Two years prior to her playing Jane, in 1997, Minnie Driver was the romantic lead in the Oscar-winning Good Will Hunting. Will, played by Matt Damon, meets Skylar, a British woman about to graduate from Harvard College who plans on attending medical school at Stanford. Will builds a relationship with Skylar, though he lies to her about his past and is reluctant to introduce her to his friends or show her his neighborhood. During this period he is mentored by Dr. Sean Maguire. Fellow Disney veteran Robin Williams, the Genie of the lamp in Disney’s Aladdin, won the Academy Award for Best Supporting Actor for his part in the film.

Wildly charismatic. Impossibly brilliant. Totally rebellious. For the first 20 years of his life, Will Hunting has called the shots. Now he’s about to meet his match. 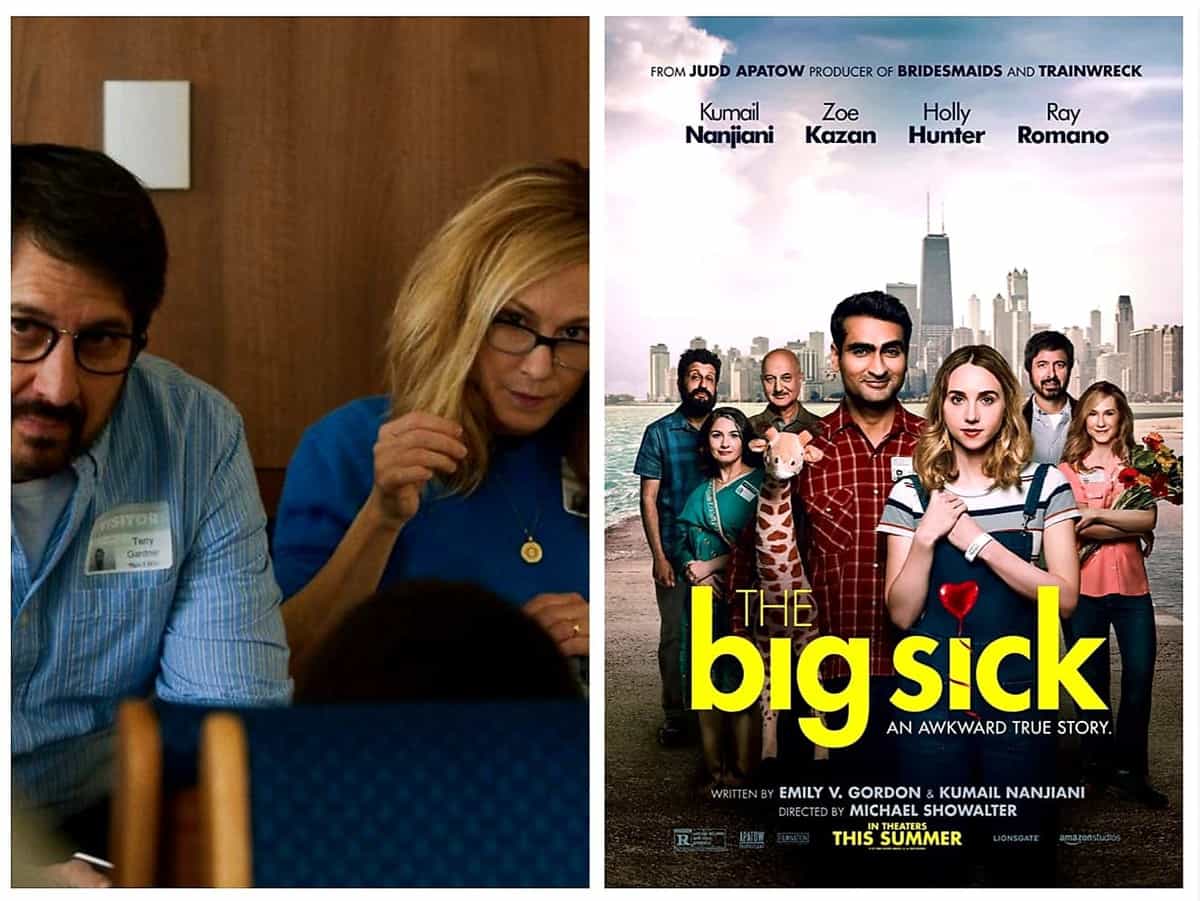 In 2004’s Disney Pixar’s The Incredibles, and its 2018 sequel The Incredibles 2, Holly Hunter voiced the family matriarch Helen Parr, AKA “Mrs. Incredible” AKA “Elastigirl”. The Big Sick is a 2017 American romantic-comedy-drama film directed written by Emily V. Gordon and comedian Kumail Nanjiani, based on their real-life love story. Hunter plays Beth Gardner, Emily’s mother, whose daughter is in a medically-induced coma. The experience leads Kumail to bond with Emily’s parents Beth and Terry (played by Ray Romano). Though she does not have superpowers, the incredible love and strength that Beth shows for her husband and child are equal to that of her animated Disney counterpart.

Pakistan-born comedian Kumail Nanjiani and grad student Emily Gardner fall in love but struggle as their cultures clash. When Emily contracts a mysterious illness, Kumail finds himself forced to face her feisty parents, his family’s expectations, and his true feelings. 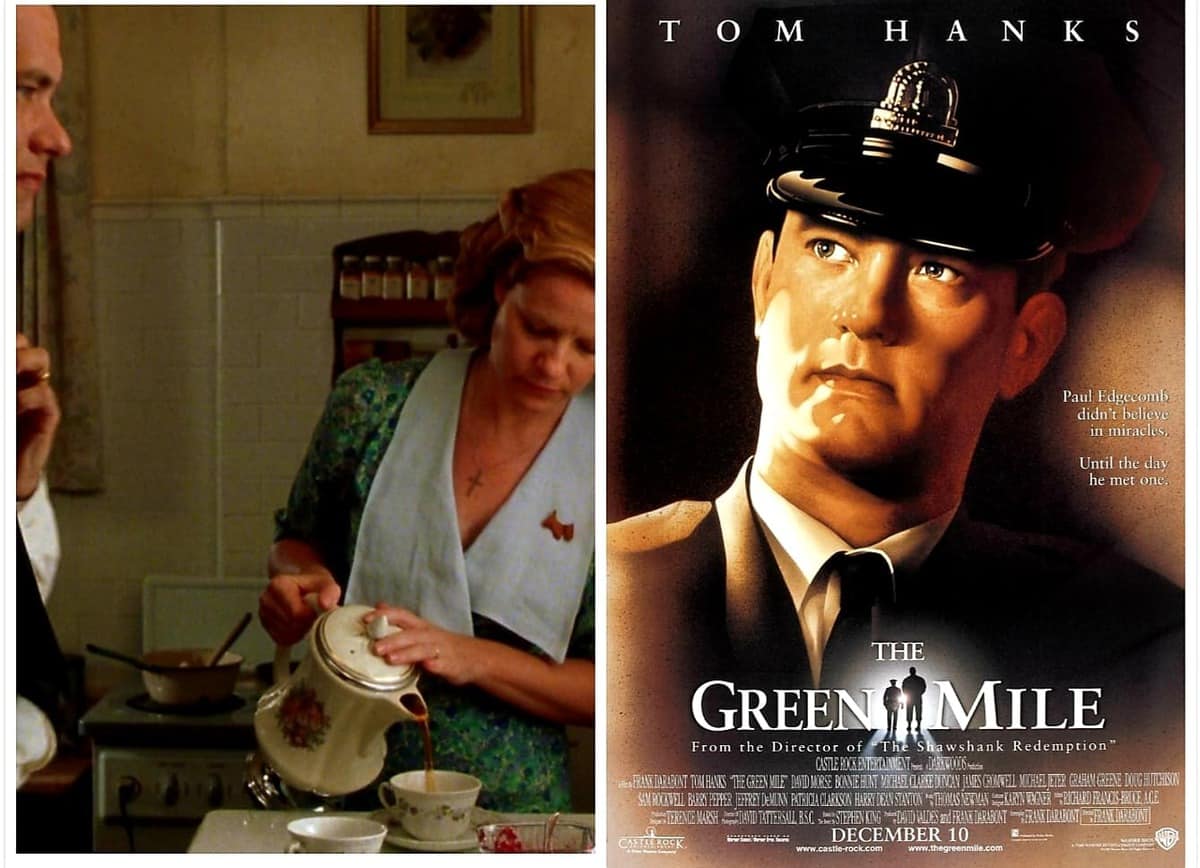 In Disney Pixar’s 2006 film Cars, 2011’s Cars 2, and 2017’s Cars 3 Bonnie Hunt played the role of a former lawyer turned Radiator Spring’s Cozy Cone Motel manager and Lightning McQueen love interest, Sally Carrera. Sally is a 2002 Porsche 911 Carerra, for which Hunt herself commented, “It’s the nicest body I’ve ever had on film. I’m telling you, it’s a luxury. I really thought they were going to cast me as a Buick.” She would also go on to play the mother of Officer Judy Hopps, and co-owner of Hopps Family Farm in Disney’s Zootopia, Bonnie Hopps. But in 1999’s The Green Mile, based on the Stephen King novel of the same name, Hunt plays Jan Edgecomb. Jan is the wife of Paul Edgecomb, Warden Supervisor for his prison. Her spouse is played by fellow Disney alum Tom Hanks, known as Woody in Pixar’s Toy Story franchise.

The lives of guards on Death Row are affected by one of their charges: a black man accused of child murder and rape, yet who has a mysterious gift.

Princess Rapunzel, Played by Many Moore 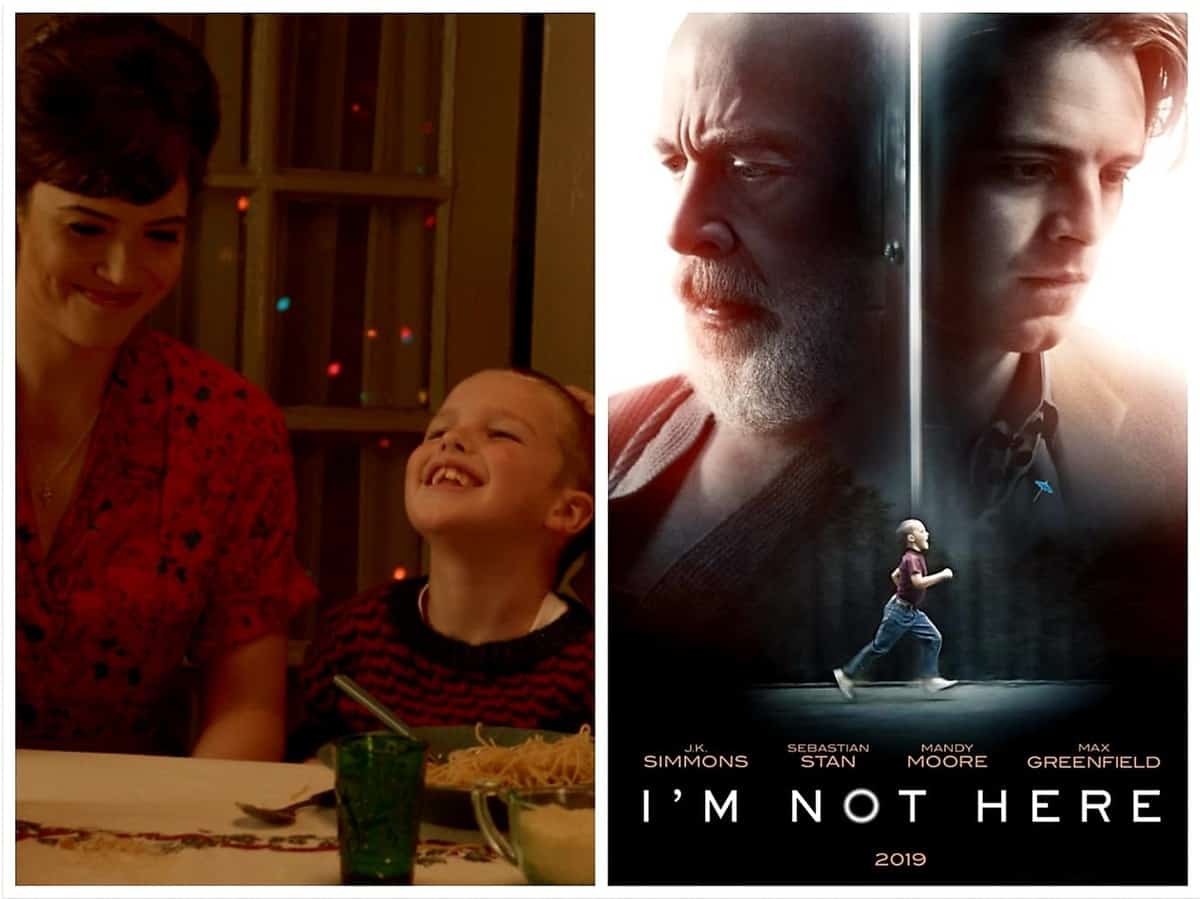 Mandy Moore voices the role of Rapunzel, the lost princess of the kingdom of Corona, in 2010’s Tangled. She would continue to voice the character in its Disney Channel animated film Tangled: Before Ever After, and its sequel series Rapunzel’s Tangled Adventure. In 2017, Mandy Moore played the character simply known as “Mom” in the poignant drama I’m Not Here. She co-starred in the film with fellow Disney stars, Marvel’s J.K. Simmons ( J. Jonah Jameson, Spiderman: No Way Home) and Sebastian Stan (Bucky Barnes, The Winter Soldier). As J.K. Simmons’ Steve looks back on his life as his younger self (played by Sebastian Stan), he also examines his childhood with Mandy Moore’s “Mom” at the head of it.

As the power is shut off and the fridge runs empty, an ageing and debilitated man contemplates a life full of loss and mistakes. As he relives his significant memories, he hopes to move past the pain and forgive himself. 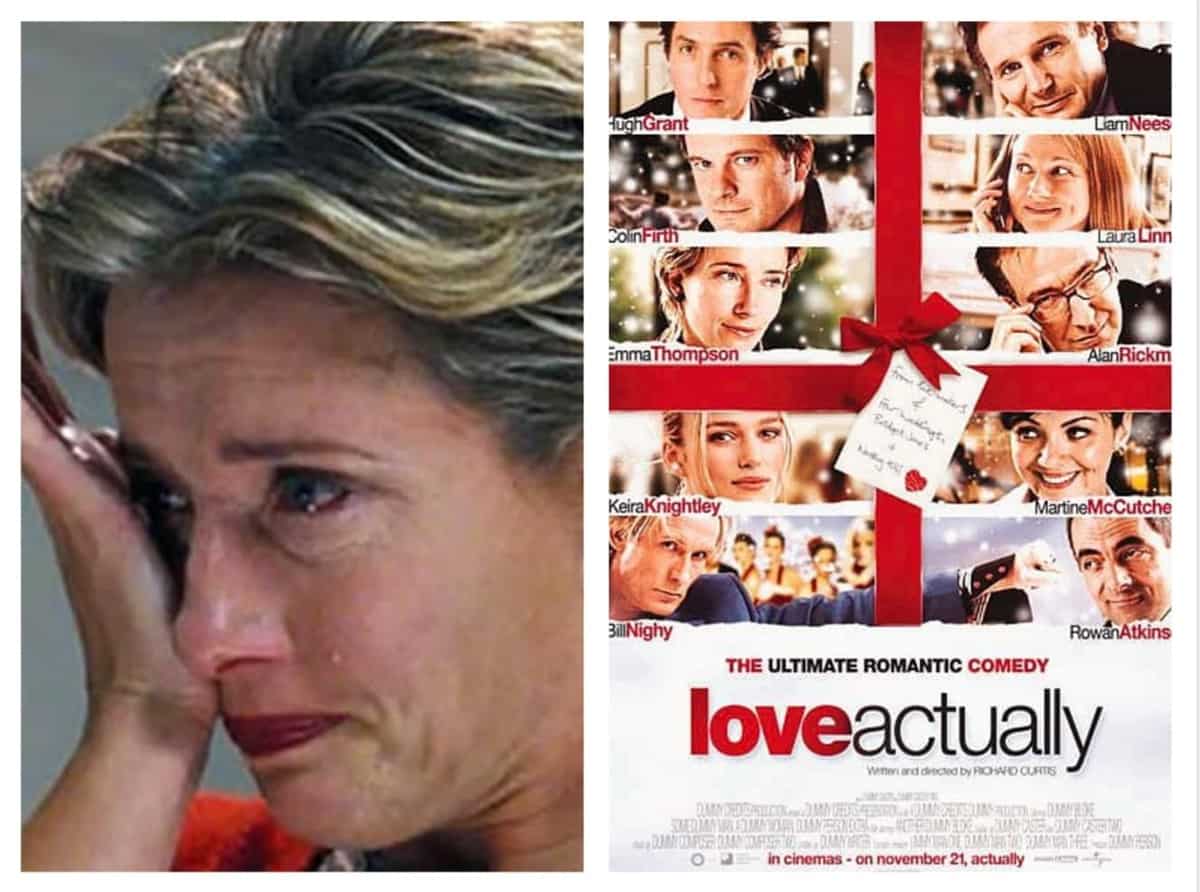 Emma Thompson has played the daring Captain Amelia in the highly underrated Treasure Planet, Mary Poppins author P.L. Travers in the based on a true story Saving Mr. Banks, Mrs. Potts in the live-action remake of Beauty and the Beast, and the fierce Baroness Von Hellman in the villain retelling of Cruella. But her best Disney role was as the mother of Princess Merida, Queen Elinor, in Disney Pixar’s 2012 film Brave. Queen Elinor is the epitome of the title “Queen” as she exudes regal elegance. Emma Thompson shows a much more vulnerable side to herself in the 2002 romantic-comedy-drama Love Actually. Now considered a holiday classic, with many interwoven love stories set against the backdrop of Christmas, Emma Thompson’s Karen demonstrates one of the sadder sides to love. Having seen love from “Both Sides” now, we watch her experience heartbreak as she realizes her marriage is not what she thought it was. She can be seen in the film with fellow actors Keira Knightley and Bill Nighy, also known as Elizabeth Swan and Davy Jones of the Pirates of the Caribbean franchise.

Follows the lives of eight very different couples in dealing with their love lives in various loosely interrelated tales all set during a frantic month before Christmas in London, England. 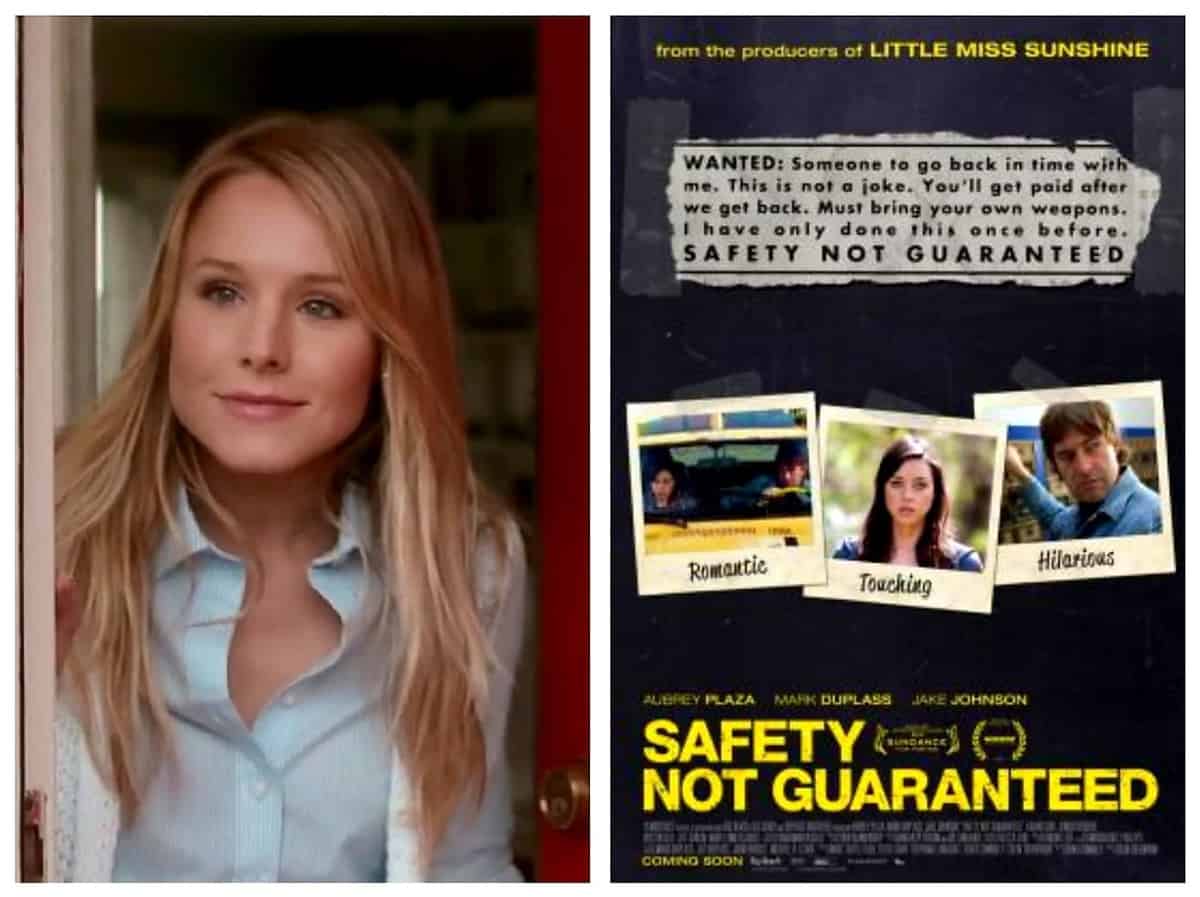 Kristen Bell voiced Princess Anna of Arendelle in 2013’s Frozen, the animated shorts Frozen Fever and Olaf’s Frozen Adventure, and 2019’s sequel Frozen 2. She also cameoed as Princess Anna alongside fellow Disney Princesses in Ralph Breaks the Internet, and the third installment in the Kingdom Hearts video game series. But you may have missed Kristen Bell in the 2012 science-fiction romantic-comedy-drama film Safety Not Guaranteed, starring Aubrey Plaza and Mark Duplass. You may however recognize the trademark deadpan tone of star Aubrey Plaza that she also used for monster Claire Wheeler in the Disney Pixar Monsters Inc. prequel Monsters University.

A disaffected magazine intern (Aubrey Plaza) befriends an unusual guy (Mark Duplass), who is looking for a partner to accompany him on a trip back through time. 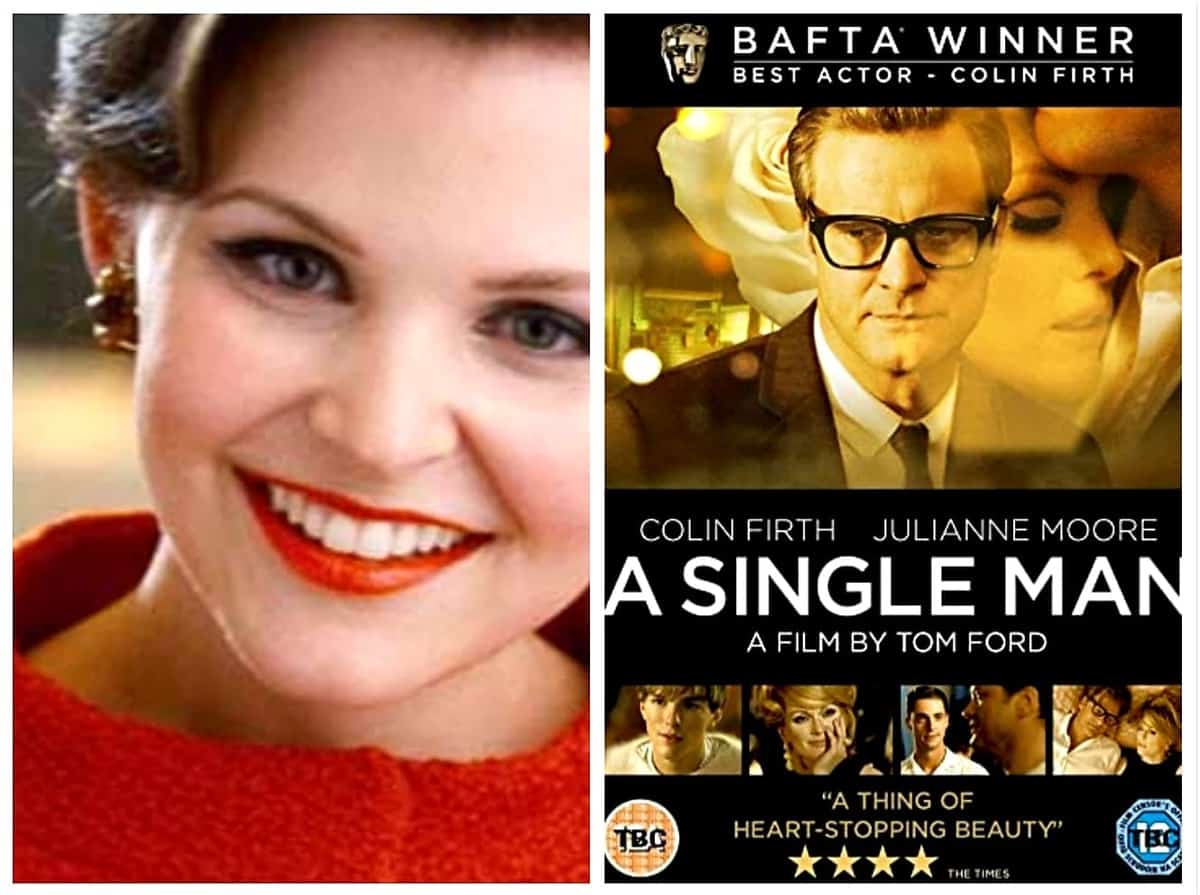 Ginnifer Goodwin is perhaps most recognizable for her lead role as Stroybrooke teacher Mary Margaret Blanchard AKA “Snow White” in the long-running ABC series Once Upon a Time. A role which she said was a dream come true, having always wanted to be a Disney Princess. But she got her chance to voice an animated Disney heroine officially with Zootopia’s Judy Hopps. But in 2009, she played a very different part in A Single Man as Mrs. Strunk. The drama starred Colin Firth, in a role for which he received the BAFTA Award for Best Actor in a Leading Role. He would go on to play the main antagonist in 2018’s Mary Poppins Returns.

An English professor, one year after the sudden death of his boyfriend, is unable to cope with his typical days in 1960s Los Angeles. 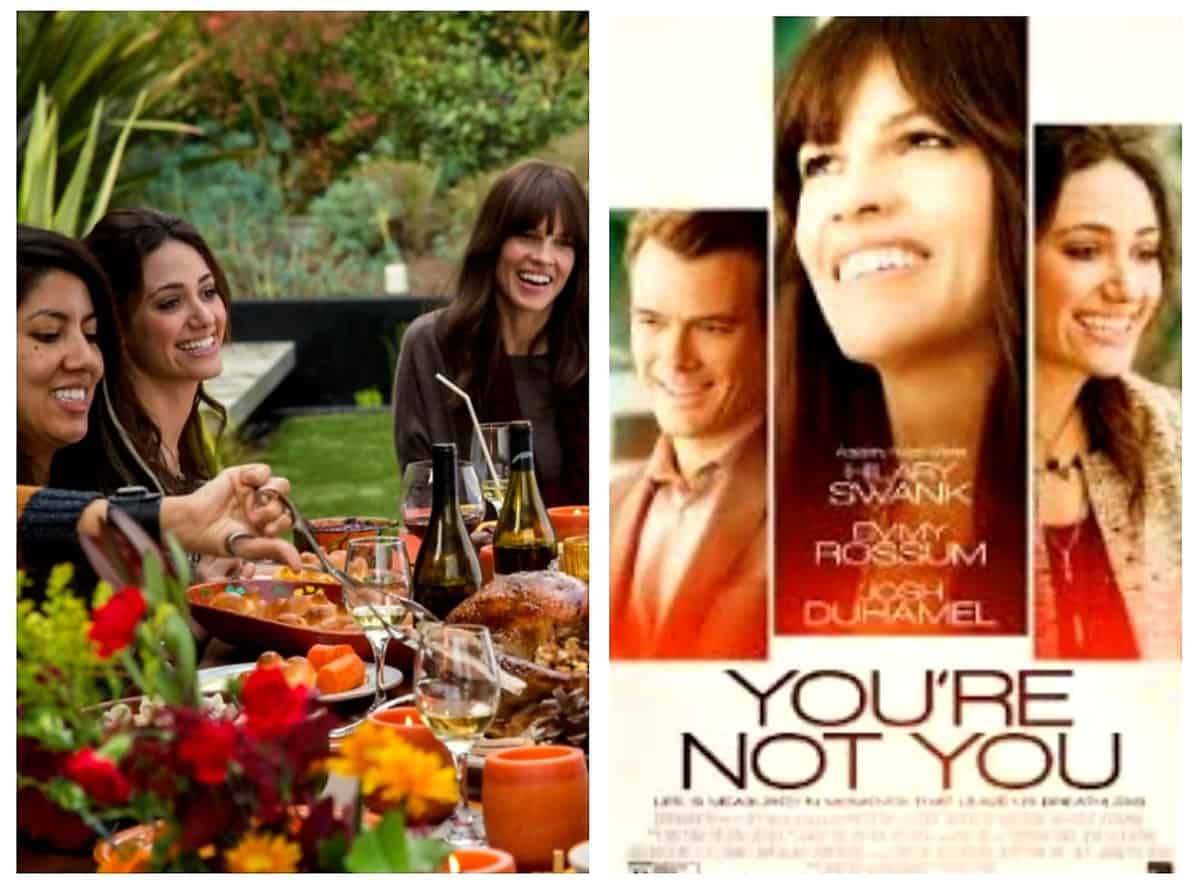 Stephanie Beatriz Bischoff Alvizuri voices protagonist Mirabel of the family Madrigal in this year’s Academy Award Winner of Best Animated Feature, Disney’s Encanto. In 2014 she appeared in the drama You’re Not You. The film follows Kate Parker (Hilary Swank), a classical pianist who is diagnosed with ALS (amyotrophic lateral sclerosis). Her husband Evan (Josh Duhamel) finds out one morning that his wife has fired her previous caregiver, and finding a new replacement which she finds in Bec Cartwell (Emmy Rossum). Stephanie Beatriz plays one of Kate’s friends Jill, which Bec helps her reconnect with, as she finds joy towards the end of her life.

A drama centered on a classical pianist who has been diagnosed with ALS and the brash college student who becomes her caregiver.

Those were 10 Disney movie heroines who you can find in R-Rated films in dramatic roles. Which of these films have you seen? Are there any roles that surprised you more than others?