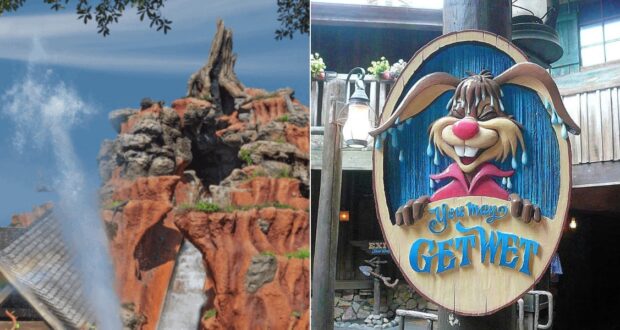 Fans are Selling Water from Splash Mountain for Hundreds of Dollars!

Splash Mountain is officially closed at Walt Disney World, but it seems that plenty of “merchandise” is still available for those who were unable to return to the Briar Patch this weekend. 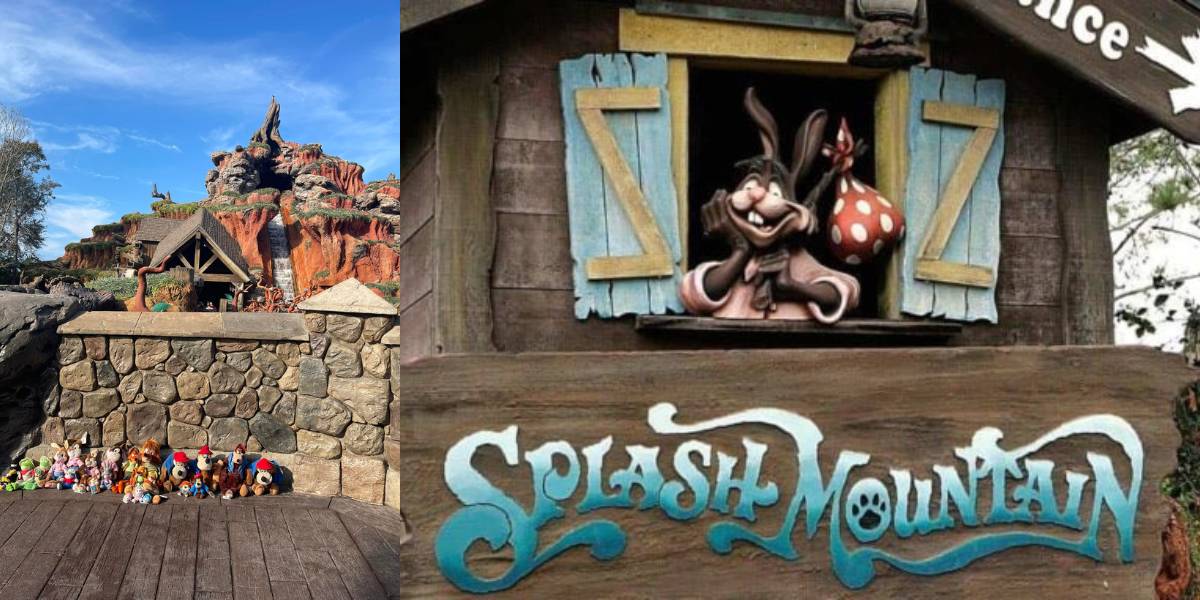 The last day of Splash Mountain at Magic Kingdom was a day of celebration, with a mob descending upon the Frontierland attraction from Rope Drop to closing time, while a similar situation took place at Critter Country, Disneyland. But it appears that many took more than pictures.

According to eBay, fans collected the actual water from Splash Mountain and are attempting to sell it for $30, $80, and even over $100. 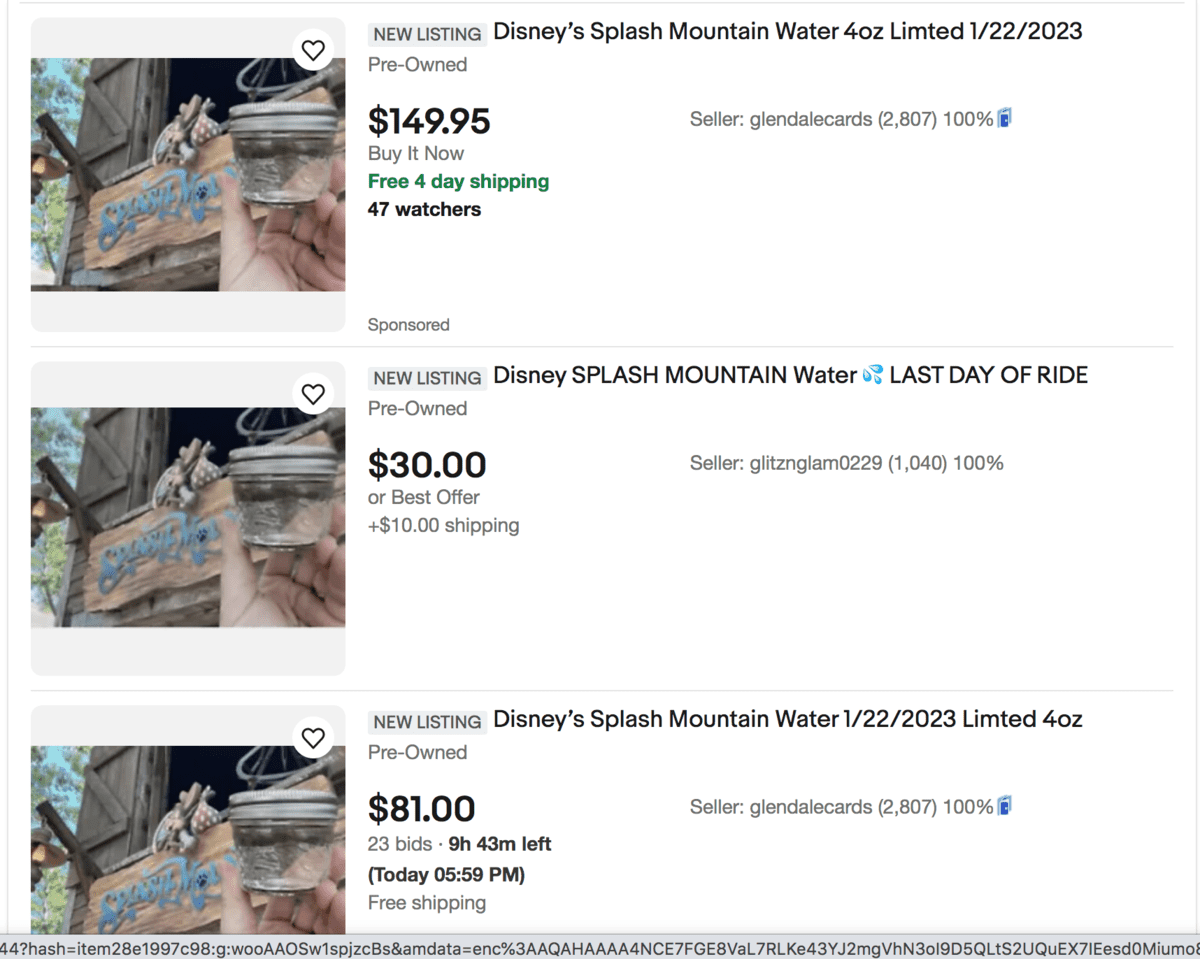 It appears that some people have even begun bidding on the jars of water as well, with one auction set to end later tonight.

Now, it should be mentioned that fans have been collecting Splash Mountain water and selling it on eBay for years, using a variety of containers, from mason jars to zip lock bags. But it seems that some folks expect that water from the last day might trigger some sales.

Fans are notorious for reselling Disney Parks merchandise, but at least the products like Figment Popcorn Buckets offered a price tag and some other means of authenticity. In the case of Splash Mountain water, you will more than likely just have to take the seller’s word for it. 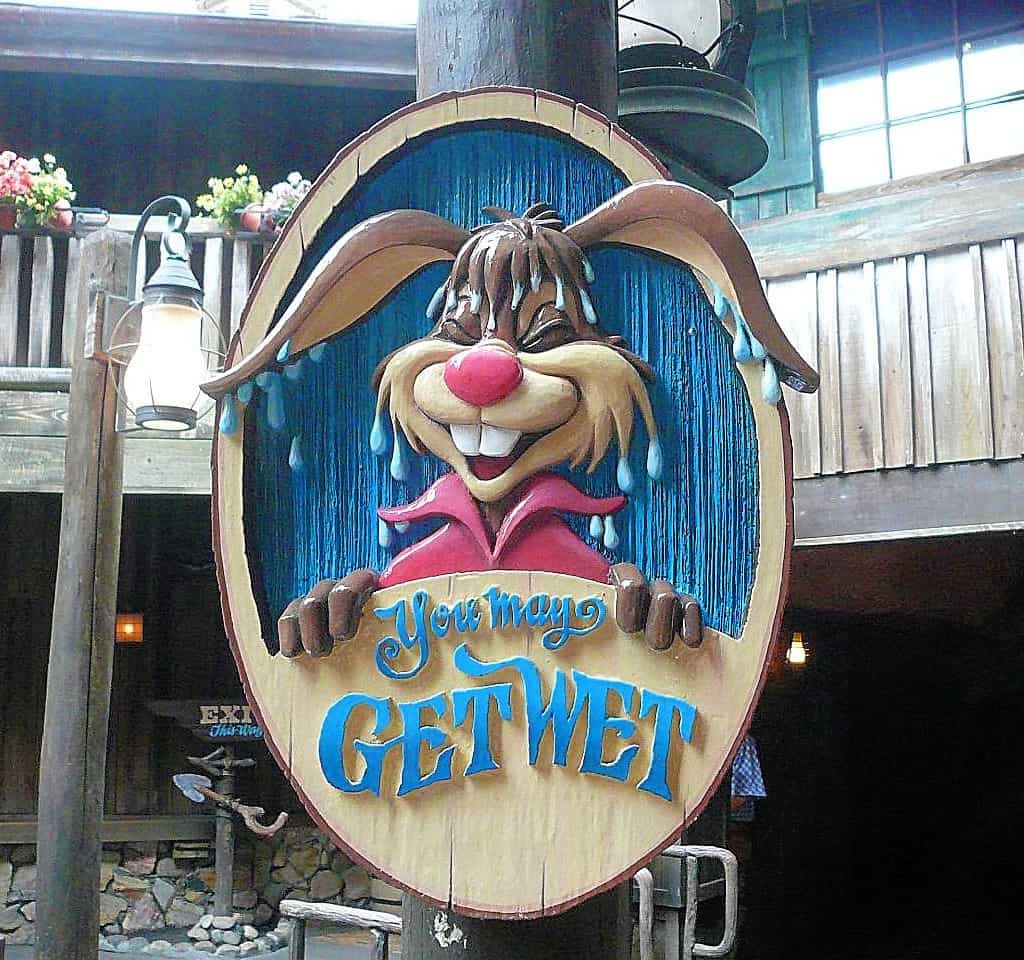 While Disney fans were already used to boat rides with “it’s a small world,” Jungle Cruise, and “Pirates of the Caribbean,” it was Splash Mountain that truly immortalized the phrase “you may get wet” when it came around 30 years ago. Now, the log flume attraction will be rethemed as Tiana’s Bayou Adventure, offering a new adventure with the same thrills and the possibility of getting wet.