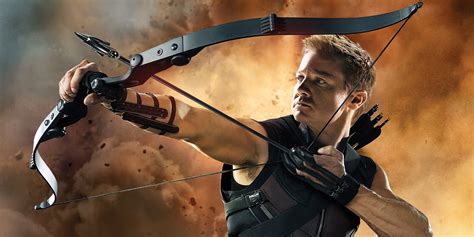 The Hawkeye Trailer is Out

Many people were eagerly awaiting the Hawkeye trailer’s release today, since both Jeremy Renner and his costar in the new show, Hailee Steinfeld (who Renner has called “a wonderful human”) have released hints that it’s coming soon–and now, the trailer is here. Renner mentioned the trailer in his Instagram story yesterday, saying “Hawkeye trailer drops tomorrow!!!!”, and Steinfeld released the below Tweet, which shows her character on set. Now that the trailer’s eagerly been awaited, here it is!

This holiday season, the best gifts come with a bow. 🏹 Watch the new trailer for @MarvelStudios’ #Hawkeye, and start streaming the Original Series November 24 on @DisneyPlus. pic.twitter.com/AI55Dp4Gzi

Although Jeremy Renner’s character has been a consistent feature in Marvel Studio‘s Avengers movies (alongside Robert Downey Jr.’s Ironman, Mark Ruffalo’s Hulk, Scarlett Johansson’s Black Widow, Chris Hemsworth’s Thor, and Chris Evans’ Captain America), this is really the first time he’s getting lots of solo attention. Hawkeye has often been viewed in a slightly less impressive light, since his archery skills aren’t quite as cinematic as Ironman’s flying abilities, Thor’s lightning powers, Black Widow’s high kicks, Captain America’s shield tosses, or the Hulk’s apelike feats in combat. Jeremy Renner himself has participated in recognizing how underappreciated his character has been in the past, even going so far as to make a song parody on The Tonight Show about his “character’s” redeeming qualities. He also joined in when Saturday Night Live did a skit about Hawkeye’s supposedly lackluster skills.

Even though Hawkeye was almost renowned for his understated superhero abilities, it seems like he’s finally getting his moment in the sun with this Disney+ series, premiering November 24th! Florence Pugh is back from Black Widow, and now her character Yelena Belova is out for revenge against Hawkeye (since the end-of-credits scene in that movie suggested that she now blames him for her sister’s demise). With Belova’s impressive and eye-catching combat skills, we’re probably in for some fun action sequences.

This definitely seems to be confirmed in the new trailer as Hawkeye fights against enemies he’s made in the past during his “vigilante” days. Perhaps it will be several episodes before we see Yelena, but either way, we’re excited to see what happens with Katie Bishop along the way as she works with the man she so admires (even though Renner suggests that the dynamic will be a little less than harmonious, since “the biggest problem for Clint is Kate Bishop and the onslaught of problems that she brings into his life”. What do you think of the new trailer? Have you seen the Captain America Easter egg in it?