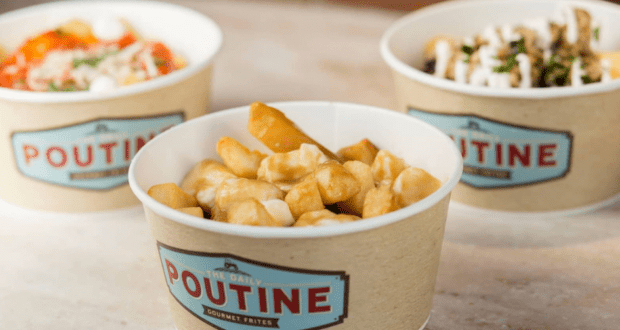 Have you ever heard of poutine? Poutine is a dish historically known for being of distinct Canadian origin, poutine in its most traditional format comes as French fries served up with cheese curds and topped with brown gravy. But like all great cultural cuisine classics, many creative elaborations have since sprung up over the years, taking conventional poutine into a broad and bountiful new standing. As a result, it is no longer following its Canadian-based cookie-cutter model and has branched out to even embrace other regional food collaborations in other cultures. 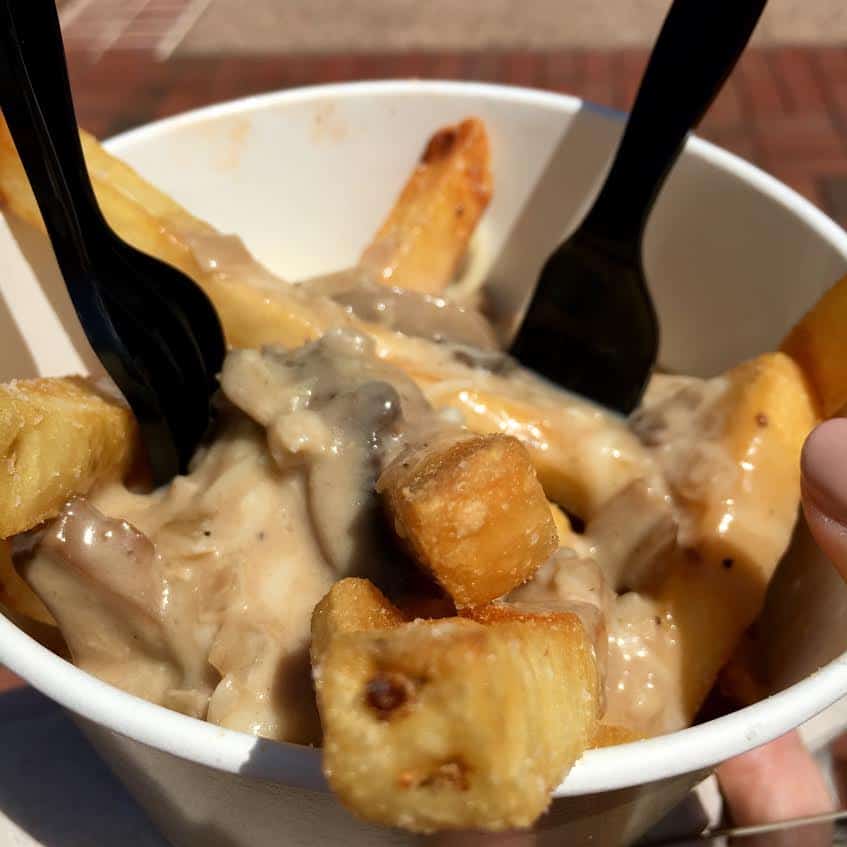 You already know that the food scene at Walt Disney World Resort goes above and beyond the usual in just about every way, making for an elevated epicurean experience with each and every eat and treat. So, it should come as no surprise to learn that not only do they serve up poutine at quite a couple of different locations throughout the Parks and in nearby Disney Springs, but they’ve maximized the offerings for just what their poutine possibilities entail. You don’t like brown gravy? You’re not into curds? Not a problem! Now, more than ever before, there are so many different poutine renditions out there. So, we’re offering you this insightful look into the plentiful poutine possibilities to take note of all throughout Walt Disney World. 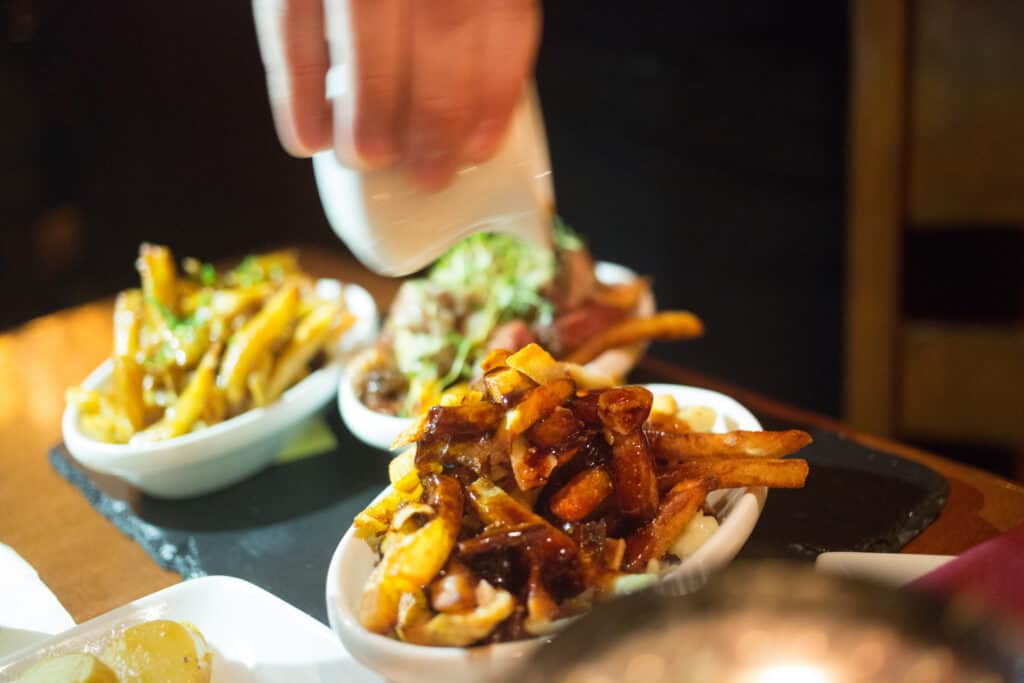 Related: 10 Tasty Tater Options with a Twist at Disney World

Located within EPCOT’s World Showcase Pavilion, the kiosk known for being the Refreshment Port is the one you’ll come to right before heading into the Canada Pavilion. So, it goes without saying that they’d be offering up traditional poutine on the menu here. In fact, it is one of their primary claims to fame, no less, served in the usual format with beef gravy and cheese curds. Of course, customization is available for Guests as well. 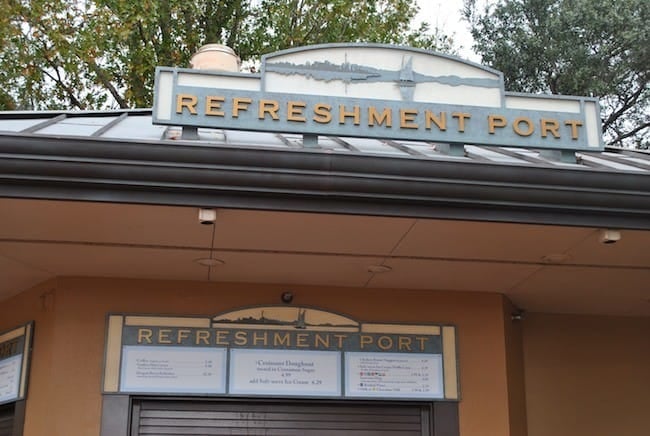 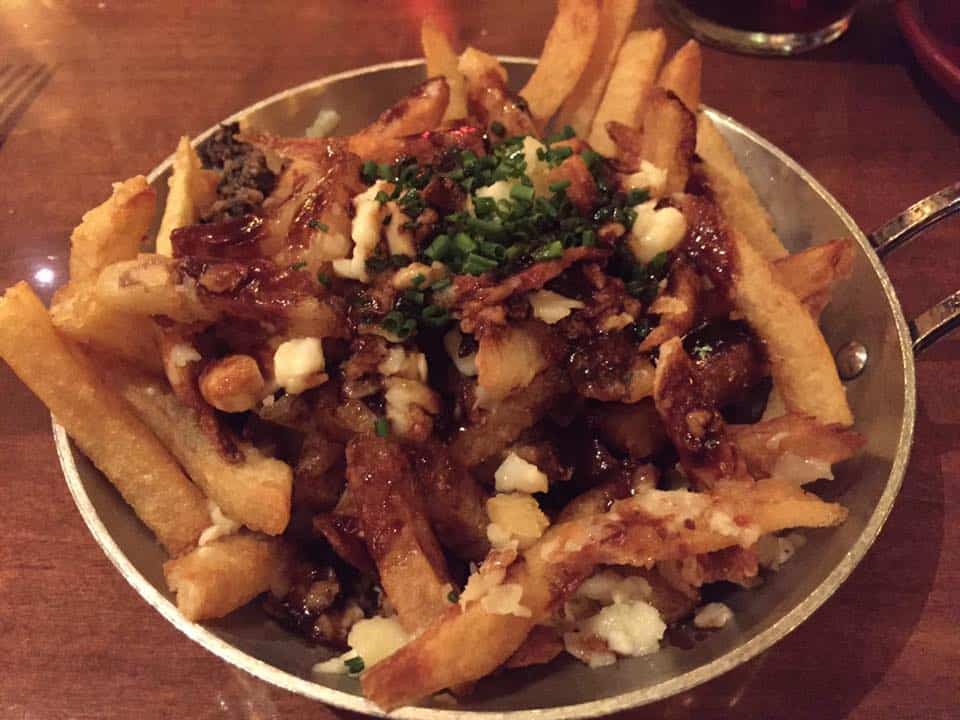 Paradiso 37, Taste of the Americas

Seasoned pros who like to frequent Disney Springs for its favorable food scene have more than likely heard of Paradiso 37, Taste of the Americas. A tantalizing table-service venue with a known reputation for serving up cultural cuisine picks from all around the continents of North and South America, it goes without saying that they’d pay tribute to some of Canada’s most contested classic fare. And by that, we are of course once again talking about poutine. In this case, it is their Big Smoke Poutine specialty feature. Listed as an appetizer on the menu, this mouthwatering abundance of prepared poutine comes out as a generous portion that serves two, and truth be told, it really could be the main meal feature if you let it be. The Big Smoke Poutine takes Paradiso 37’s own house-made fries, spruces things up with cheese curds, tosses in some delicious cherry peppers, and fuses in both roasted garlic gravy as well as braised beef. Another excellent purveyor of poutine that can be found within Disney Springs is the rightfully named Daily Poutine quick-service spot. And as you probably already guessed, their specialty is quite obviously poutine. But not just any old poutine, mind you. This is the crème de la crème of specialty poutine possibilities maximized to a whole other intricate level. In fact, it would even be safe to say that they reinvented all that poutine is. For here they offer up many different variations—not only the traditional Canadian staple, which they do in fact serve as well.

Because we are already discussing it, let us first explore their specific Canadian Poutine as it is listed on the menu. Here you have your traditional everyday “daily poutine” offering of house French fries accompanied by beef gravy and cheddar curds. It’s the simple comforts in its most familiar rendition! 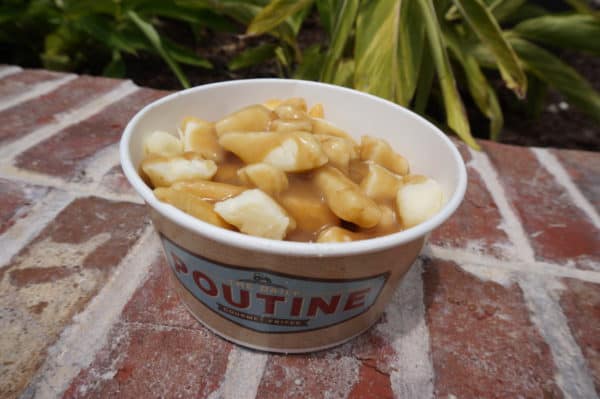 Perhaps you’d be expecting any enhanced changes to a Quebec-based concoction to embrace an even more French-influenced model rather than doing an about-face by embracing an Italian flavor. But the successfully carried out scenario for the Italian Poutine featured here does in fact do rather well. In this case, The Daily Poutine’s Italian Poutine gets even cheesier with both Mozzarella as well as Pecorino Romano topping off the French fries, along with turkey Bolognese sauce. 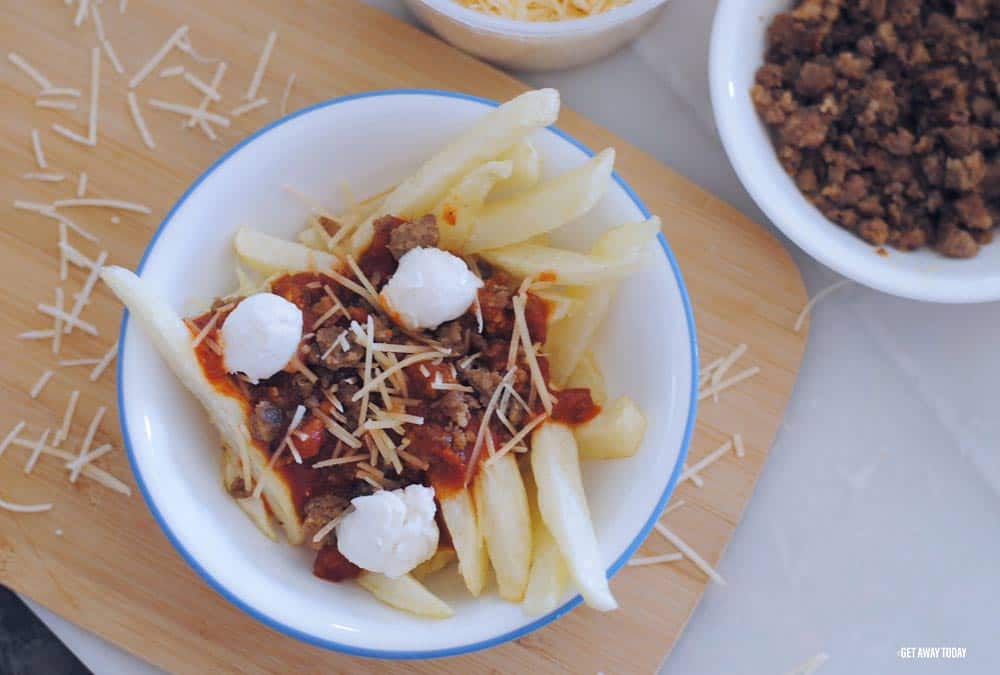 Credit: Get Away Today

Another highly unexpected variation to the elaborate poutine embellishments offered at The Daily Poutine is their New Delhi Poutine specialty. For this crafty concoction, they dress up the French fries with a special tomato curry sauce, throw in some chicken, and then sprinkle in the paneer cheese.

Just when you thought the poutine possibilities couldn’t get any more unexpected, they present their one-of-a-kind Korean Barbecue Poutine. In a deviation that can almost be described as an antithesis to the aforementioned Italian Poutine, their Korean Barbecue comes as featured French fries spruced up with pulled pork-laden with Korean barbecue sauce, kimchi, and sriracha aïoli. Credit: Spirit of the Castle

Just when you were probably wondering whether or not The Daily Poutine has any Latin-inspired spins on their poutine novelties there is the Loaded Frites specialty. This rendering comes as traditional French fries mixed together with queso blanco, iceberg lettuce, pico de gallo salsa, bacon, and garlic-ranch dressing to garnish things off.

Perhaps all the plentiful poutine possibilities have at last gotten to you and you’re now ready to head to either EPCOT or Disney Springs to satisfy your cravings. Just remember that Disney Cast Members who work with food are very good about customizing and modifying any order to suit any specific needs or requests you might have. Want less cheese and more gravy? Not a problem. You may even want to check to see what they can do with modified vegan takes. When able to, it’s always best to contact the Disney Guest Services/Special Dietary Requests department well in advance to tell them of your specific needs—especially if you are going to one of the table-service options we mentioned. Just remember, the possibilities for poutine are plentiful at Disney World as is the magic.