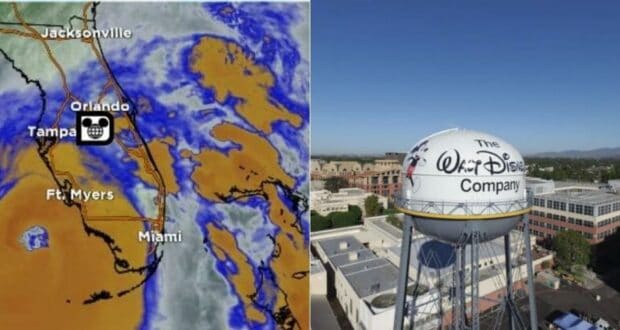 As we close out the month of September, we close out several weeks of intense tropical weather that saw Hurricane Fiona tear through the Eastern Caribbean, Bermuda, and Canada’s Maritime Provinces and saw Hurricane Ian rip through Cuba and clear across the State of Florida.

While the Walt Disney World Resort in Central Florida was lucky to come out of its confrontation with Ian with relatively low damage, the damage inflicted in other parts of the state, like Fort Myers and Sanibel Island, as well as the damage inflicted on Cuba and Puerto Rico has been catastrophic. Millions are still without power, homes are still underwater or were completely wiped out, and rescue efforts are ongoing.

Plenty of folks still without power but we are slowly going in the right direction! Crews are working hard to get power restored to all. Stay with @WESH for updates. #weshwx pic.twitter.com/hc3GNCzfP3

In light of this, The Walt Disney Company took time to issue an official statement and announce that it will be contributing to nonprofits to help in the recovery efforts, as well as provide support to its Cast Members affected by the storm, saying,

“Our hearts go out to those impacted by Hurricanes Ian and Fiona. We are grateful for all first responders who are doing heroic work, and to our employees who helped keep our guests safe. In addition to providing impacted employees with assistance through our relief fund, we are providing support to the American Red Cross, Feeding America, Heart of Florida United Way, and others working on local relief efforts.”

A statement from The Walt Disney Company about Hurricanes Ian and Fiona: pic.twitter.com/5Df38408hs

Despite recent outrage and politically-charged disputes over the last few months, it can not be denied that The Walt Disney Company holds a special place in the hearts of Floridians and vice versa, as it has been one of the largest employers in the state for over 50 years.

At this time, there is still a lot that is unclear, including how many Cast Members remain affected by Hurricane Ian and to what degree, as well as how much assistance in matters of money and people The Walt Disney Company is looking to donate to these recovery efforts.

In the meantime, the magic continues to reawaken at the Walt Disney World Theme Parks as Magic Kingdom, EPCOT, Disney’s Hollywood Studios, and Disney’s Animal Kingdom reopen one at a time through a gradual, phased reopening. The extra-ticket event, Mickey’s Not-So-Scary Halloween Party, is still scheduled to commence later tonight at Magic Kingdom.

We at Disney Fanatic will continue to monitor this story as more details come to light.