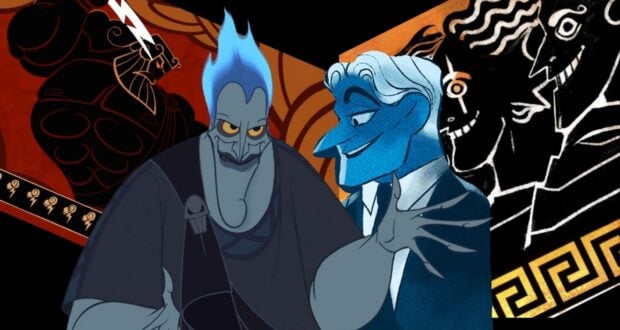 This Web Comic Starring Hades Will Be Your New Obsession

There are very few Disney Villains as fiendishly delightful as Hades in Disney’s Hercules. When coming in to audition for the character, actor James Woods noticed other potential voice actors were approaching the character with the kind of stern dark persona one would expect from the lord of the dead of Greek mythology. Woods, on the other hand, started to riff with the production team saying, “Name’s Hades, Lord of the Dead. Hi, How you doing?”

The Name is Hades, Lord of the Dead

Woods saw the potential humor in Hades being less of a Dark King of the Underworld, and something more like a sleazy used car salesman or schmoozing Hollywood producer. The character was redesigned around Woods’ hilarious concept and he delivered an unforgettable vocal performance.

The character’s legacy has lived on. Hades appears as one of the many iconic villains featured in the Kingdom Hearts franchise, starting with the first game released in 2002. Hades made his live-action debut in the 2015 season 5 episode 12 of ABC’s Once Upon a Time, “Souls of the Departed”, played by actor Greg Germann. He was then seen in the 2019 Disney Channel Original Movie Descendants 3, the final film in the Disney Descendants trilogy, played by Cheyenne Jackson. Last year in the 11th installment in the New York Times best-selling A Twisted Tale book series, Go The Distance, Hades was a key character in Hercules‘ rewritten happily ever after with Meggera. And Hades is one of the many Olympians featured in Rick Riordan’s Percy Jackson series, which will soon be adapted into a Disney Plus series. But in all of these adaptations, there is one aspect of Hades’ story that has yet to be told.

Persephone, the bride of Hades and Queen of the Underworld, does not play a role in any of the Disney adaptations. She is an interesting figure in mythology, as her marriage to Hades is the origin of the changing of the seasons. Tradition says the months where Persephone is with Hades and away from her mother Demeter the goddess of the harvest is when the world becomes cold and dark, these are the months of winter. When Persephone returns to the mortal realm to be with her mother, Demeter is overjoyed and spring comes again. Persephone must split her time in this way because she was first brought to the Underworld by Hades when he was struck by one of Eros‘ arrows as he was looking upon Persephone in her mother’s garden. Before going back to her mother, she was either tricked or willingly took (depending on the version) and ate several (4-6, depending on the version) pomegranate seeds, and having ate the food of the Underworld she was destined to divide her time between realms. 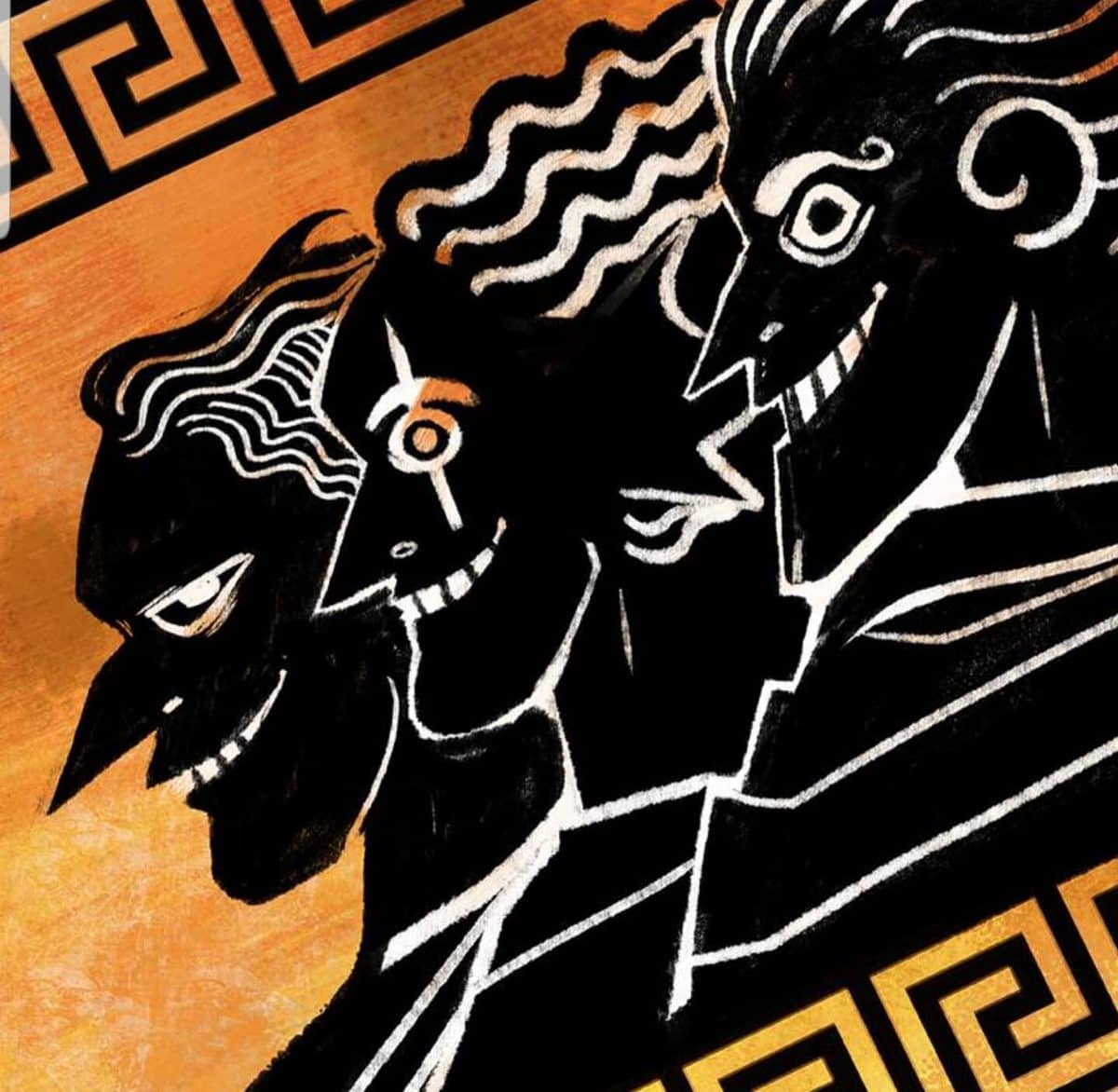 “The Big Three” (from left to right) Hades God of the Underworld, Poseidon God of the Seas, and Zeus God of Thunder

Persephone is a distinct weak spot for Hades, his initial love for her leads him to lead her away from her mother’s watchful eye and risk a war between the gods. And it is her direct intercession in the myth of Orpheus and Eurydice that leads him to give the opportunity to Orpheus to bring the soul of his love Eurydice back from the land of the dead. It is of note as Hades never bends the clear laws of the afterlife, save for this heartfelt plea from his wife. He shows a much softer side in the stories of him and his bride together. 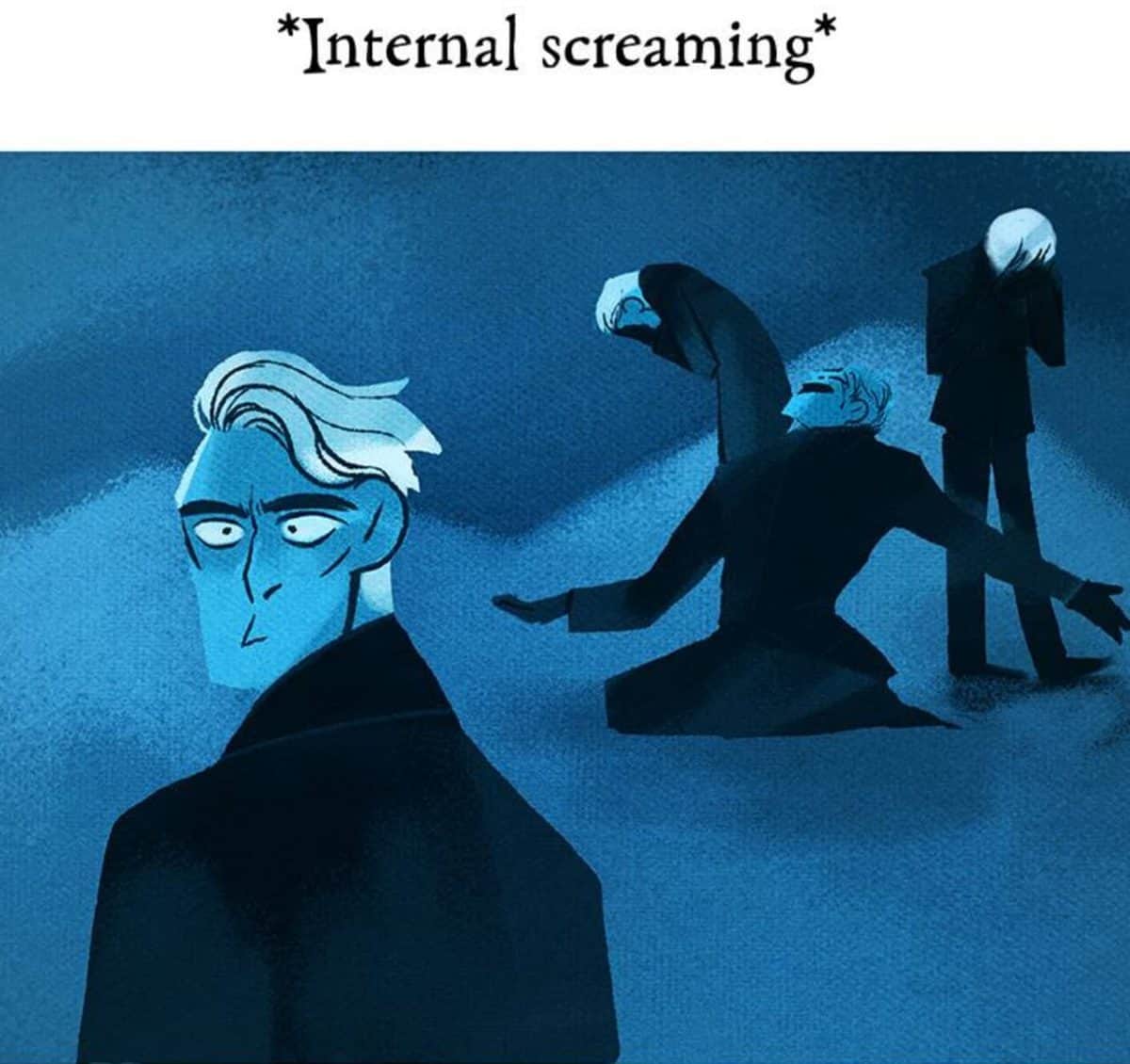 Hades: Lord of the Dead, King of the Underworld, dog lover, and internal emotional wreck.

For someone who loves the Disney version of Hades with his distinct look and attitude, but who would also like to see the story of Persephone and Hades fleshed out, and also possibly has an affinity for modern re-imaginings of classics-there is one perfect adaptation.

Rachel Smythe is the #1 New York Times Bestselling Author and Harvey Award-winning and Eisner nominated creator of the WebToons phenomenon Lore Olympus. The Web Comic, a modern retelling of the story of Persephone and Hades, began publishing weekly on March 4, 2018. It was a huge success- ultimately leading to graphic novel collections being published, starting with Volume 1 last year and with Volume 2 to be released on July 5, 2022. 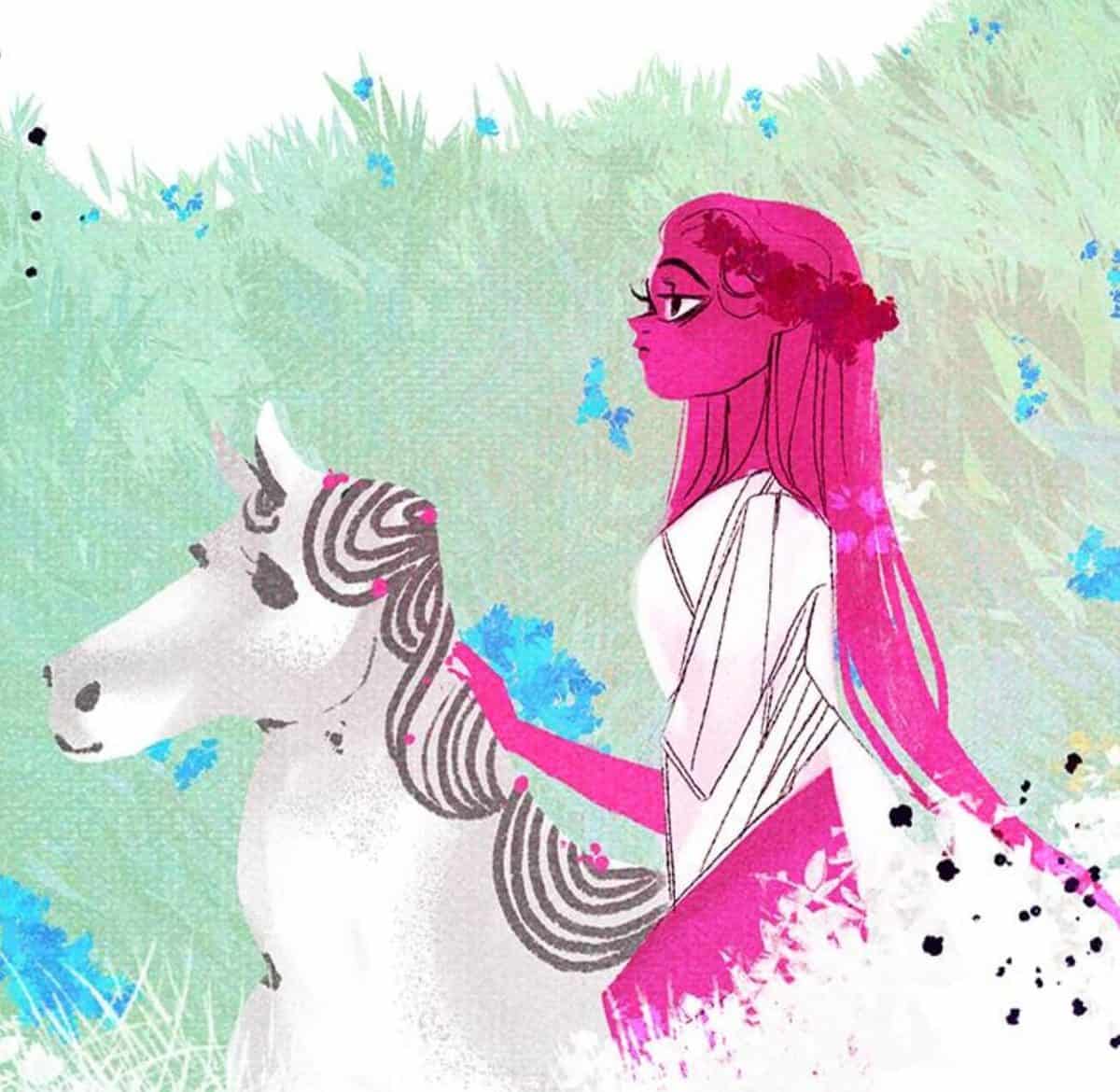 Persephone AKA “Kore”, Goddess of Spring and daughter of Demeter as shown in Lore Olympus.

The series keeps a lot of the humor, unique art style, modern spin, and interesting characterizations that were introduced in 1997’s Hercules. But each of these elements is done in a way that is utterly unique. The dialogue has modern language and works in an aspect of ancient Greek culture and myths with the modern world, with extremely clever hidden references and moments of parody. The gods have angular features in their profiles paired with soft curvatures of their muscles echoing the distinctive artistry of Greek pottery, with the bright monochromatic character designs that help distinguish each of them from one another as seen in Hercules. And, each of them has a personality that makes these mythological beings feel both familiar and new to the reader. 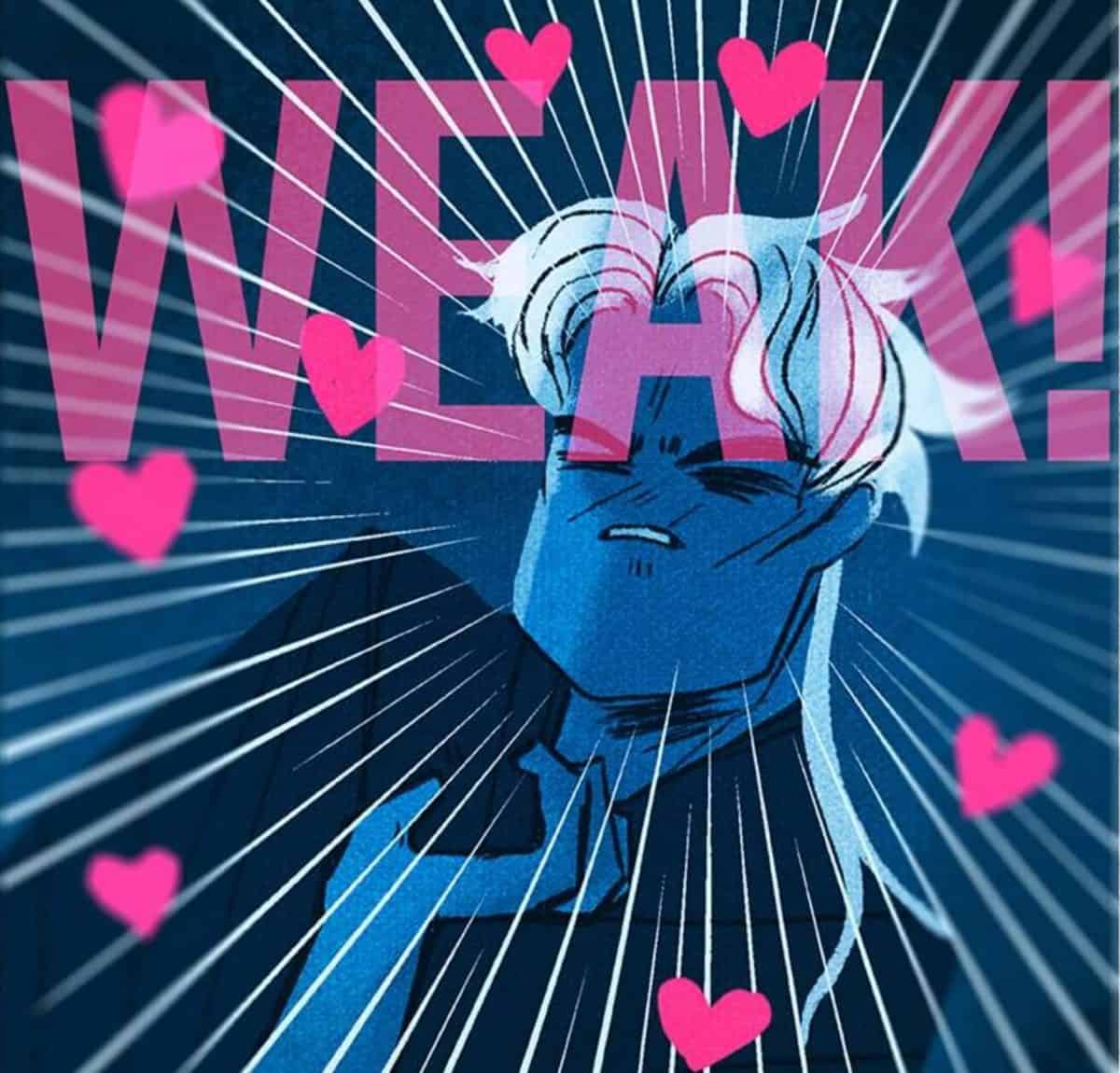 Beyond that the moments of emotion and humor, even occasionally horror, are done extremely well. Subtle expressions and larger-than-life reactions are both used to make sure the reader is invested in interactions at all times. This helps jokes land, makes emotional beats feel genuine, and summons dread when necessary. And the creative universe that the writer and cartoonist has created is equally beautifully detailed, with the Underworld, in particular, being a location one could want to get lost in. 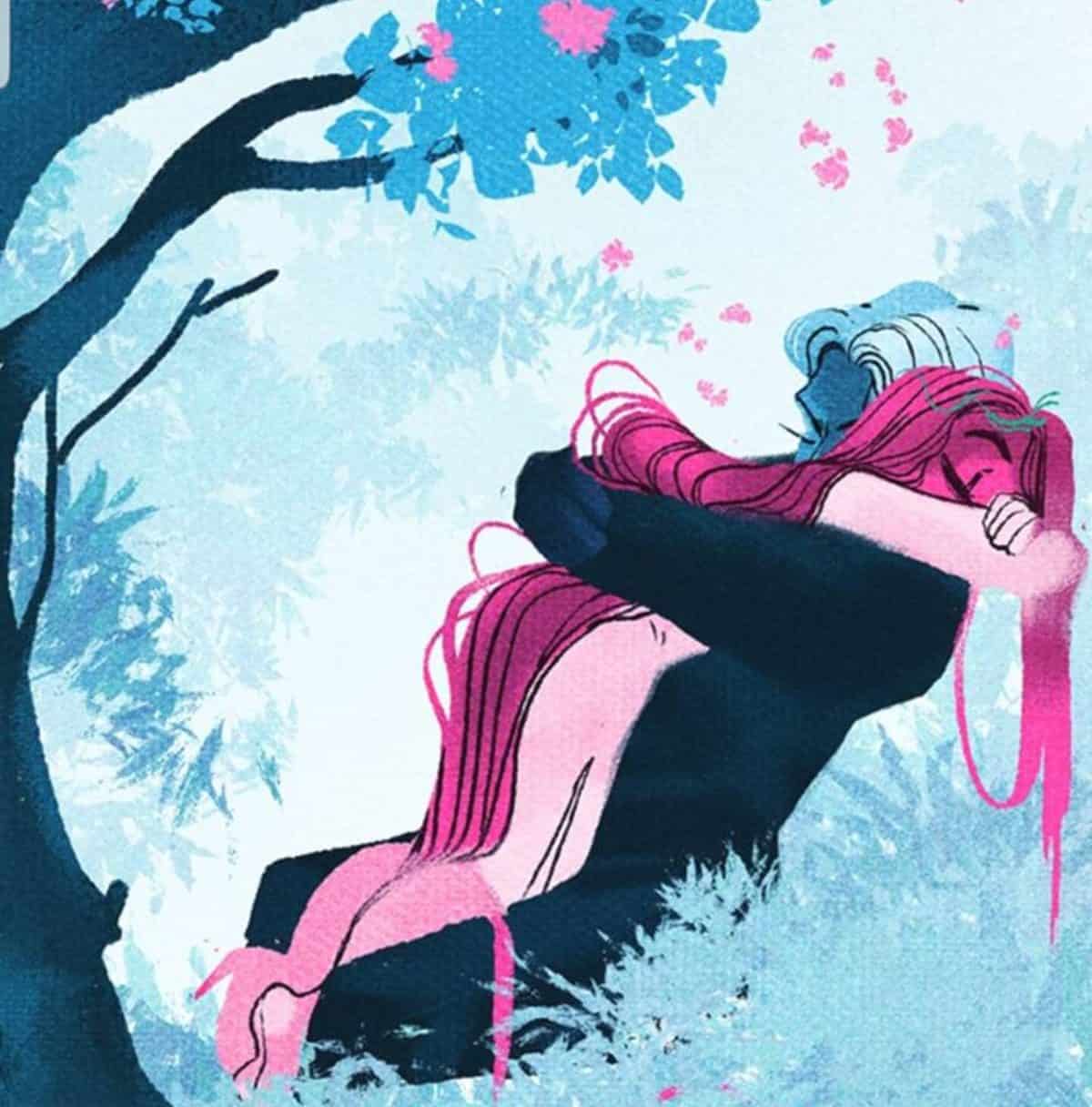 Persephone and Hades embrace in a beautiful scene, one which speaks to the beauty and feeling of Smythe’s art style.

But the real heart of the story is of course, the heart. The heart of a god in the cold of the Underworld falling for the goddess of Spring. Will they end up together? Of course! Just as we know that Darcy and Elizabeth will end up together when we open Pride and Prejudice. And yet, we still turn every page with bated breath, that hopeful anticipation rising in our chest at the conclusion of each interaction that they will soon realize they are made for each other. 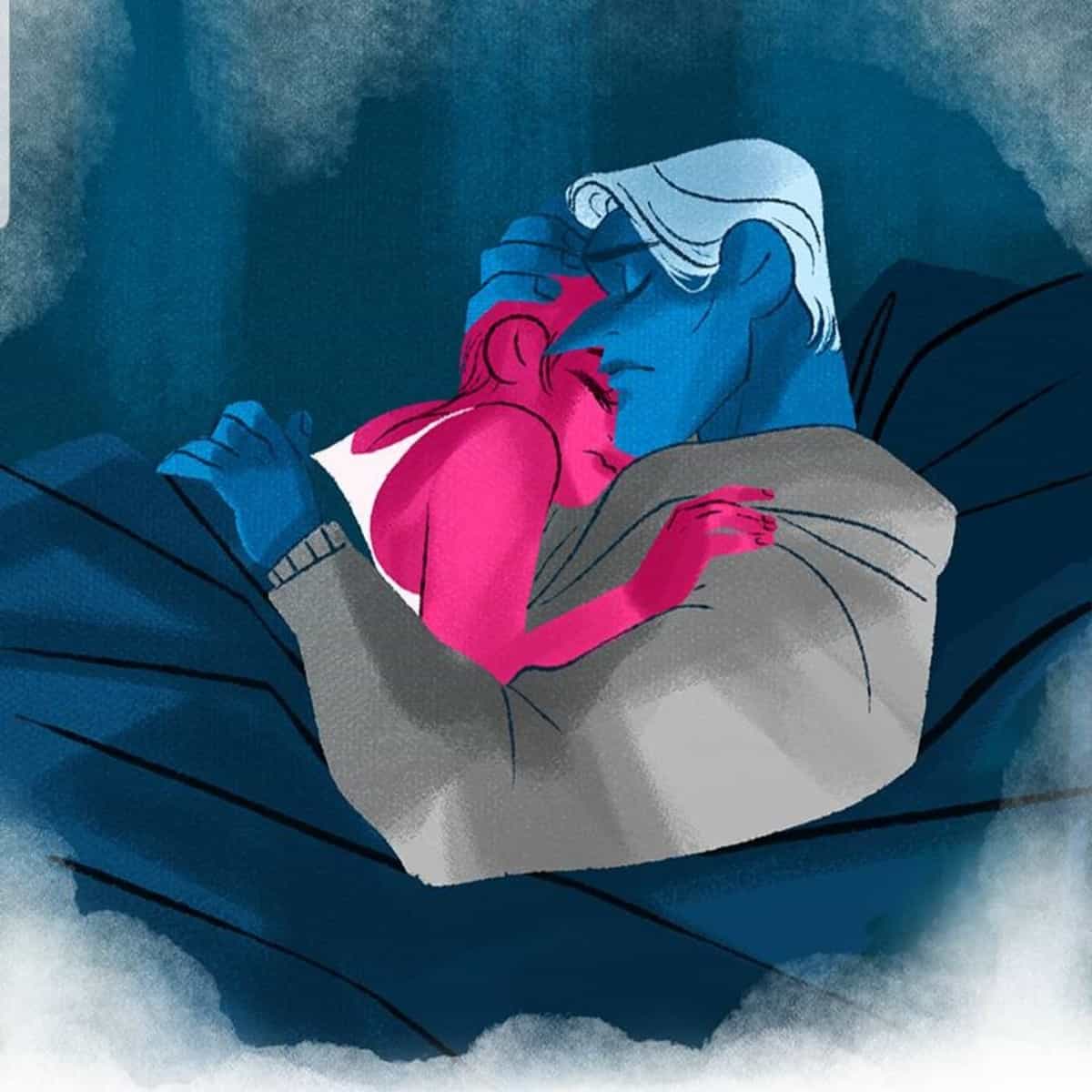 One of the early moments of satisfaction for fans enjoying the sweet slow burn of Hades and Persephone’s romance.

Witness what the gods do…after dark. The friendships and the lies, the gossip and the wild parties, and of course, forbidden love. Because it turns out, the gods aren’t so different from us after all, especially when it comes to their problems. Stylish and immersive, this is one of mythology’s greatest stories — The Taking of Persephone — as it’s never been told before.