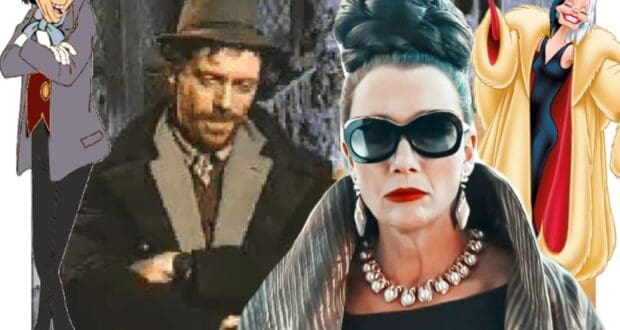 Two Disney Villains Team Up to Solve a Murder

Two Disney Villains team up to solve one murder.

One is a fierce fashion designer in London who runs her empire with an iron fist. The other is a clumsy career criminal who works as a hired hand under the orders of a woman who might be mistaken for a devil. They are soon transformed, by the talent of the actors playing them.

The first is transformed into a lady of the British aristocracy. The second is transformed into a doctor running an asylum who seemingly has secrets that he would rather keep undiscovered. These are two of the versatile roles of veteran actors Emma Thompson and Hugh Laurie, who happen to be involved with a new murder mystery adaptation!

Why Didn’t They Ask Evans? is an Agatha Christie murder mystery first published in 1934 by The Collins Crime Club, an imprint of British book publishers William Collins & Sons. This murder mystery did not feature Agatha Christie’s two most famous detectives, World-Renowned Detective Hercule Poirot and amateur detective Miss Marple (even though, at the time of this novel’s publishing, both of those heroes had been established as leads in their respective series).

The Mysterious Affair at Styles, the first Hercule Poirot detective novel, was published in 1920, while Miss Marple’s debut in The Murder at the Vicarage was published in 1930. In 2011, Patrick Barlow loosely reworked the Why Didn’t They Ask Evans? novel into a two-hour ITV television film starring Miss Marple and made many other major changes to the plot. But originally, this novel told the story of Robert “Bobby” Jones: fourth son of the Vicar of Marchbolt, who by chance stumbled across a body and into a mystery one day. 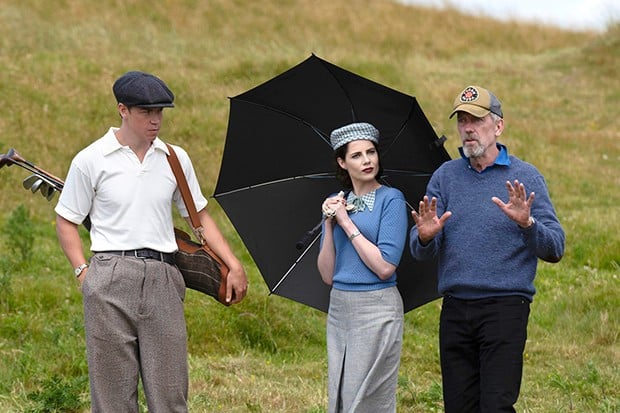 Director High Laurie on the set of BritBox Original Why Didn’t They Ask Evans? Credit: BritBox

Though less famous than some of Agatha Christie’s other mysteries, this particular story is a favorite of British actor Hugh Laurie, who will soon be bringing the story to life in a television adaptation as original content for the BritBox streaming service. The official description of the miniseries reads:

Written and directed by Hugh Laurie, this three-part series boasts a dazzling cast, some spectacular adventures, and a very British backdrop. The mystery hinges on the cryptic question of the title – why didn’t they ask Evans? – pronounced by a dying man, after a fall from the cliffs on a north Wales golf course. Bobby Jones and his whip-smart friend, socialite Lady Frances “Frankie” Derwent, reunited after a decade apart, vow to answer the man’s final question. These young adventurers will put their amateur sleuthing skills to the test, visiting England under dubious pretences to get to the bottom of the case. Expect danger, dodgy motors, and a ff-frightfully dysfunctional set of friends and acquaintances.

Hugh Laurie is perhaps most famous as Dr. Gregory House in the long-running Fox medical drama House loosely based on the mysteries of Sherlock Holmes. But in the 1996 live-action adaptation of 101 Dalmatians, Laurie played the role of Jasper, one of two henchmen (alongside Mark Willams’ Horace) who assisted iconic Disney villain Cruella de Vil.

Jasper was voiced in the original animated film by James Patrick O’Malley, a British singer and character actor, who appeared in many American films and television programs as well as Broadway productions.

In 2021 Cruella got her time in the spotlight once more with a modern live-action big screen retelling of her villain origin story. Though Emma Stone played her in the film, the character in the animated classic was voiced by actress Betty Lou Gerson with character actress Mary Wickes serving as her live-action model. This new origin story included the fabulous Emma Thompson as Cruella‘s rival (an entirely new character known as “The Baroness”). Emma Thompson as The Baroness in 2021’s Cruella Credit: Disney

Emma Thompson is now featured in Laurie’s miniseries as the character Lady Marcham, while Laurie has moved up from henchman to director. He writes, directs, and stars in the BritBox miniseries as Dr. James Nicholson. Though Lady Marcham is a new and original character, Dr. Nicholson is a character from the original novel.

In the narrative, Dr. Nicholson and his younger wife Moira run a local sanatorium, which the main characters must visit during the course of their investigation. 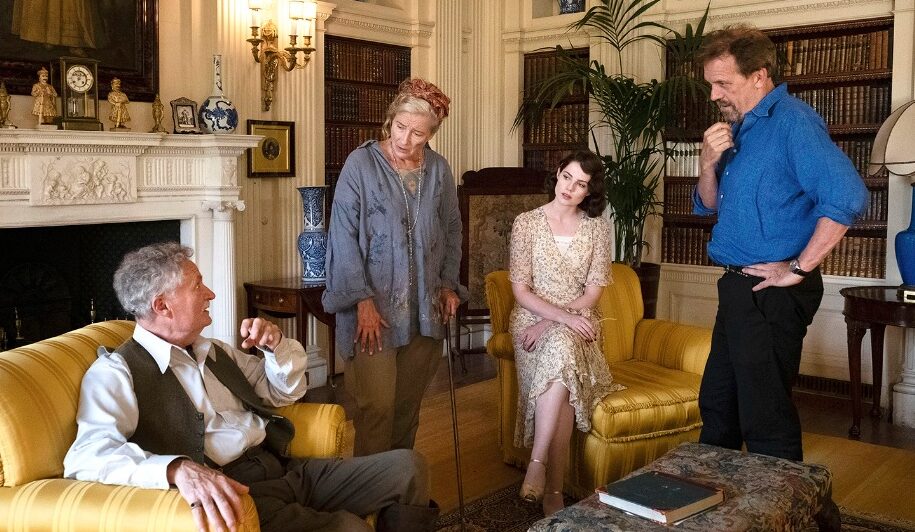 Emma Thompson as Lady Marcham, directed by Hugh Laurie behind the scenes of Why Didn’t They Ask Evans? Credit: BritBox

About the adaptation, Laurie says,

“I would say the novel has been a passion of mine for a long time. The more I thought about it, the more I enjoyed the idea of trying to get what I thought was a sort of comic adventure spirit onto the screen. I felt it was a very precious thing to try and preserve and maybe in some places, go and explore a little further. But I’m trying to be as faithful to the spirit of the thing as I could.”

This adaptation comes on the heels of the 2017 20th Century Fox production of Murder on the Orient Express, starring Kenneth Branagh as Hercule Poirot, a character most famously played by actor David Suchet.

The film featured big Disney names including Star Wars actress Daisy Ridley as the character Mary Debenham, and Pirates of the Caribbean actor Johnny Depp as the nefarious Edward Rachett. 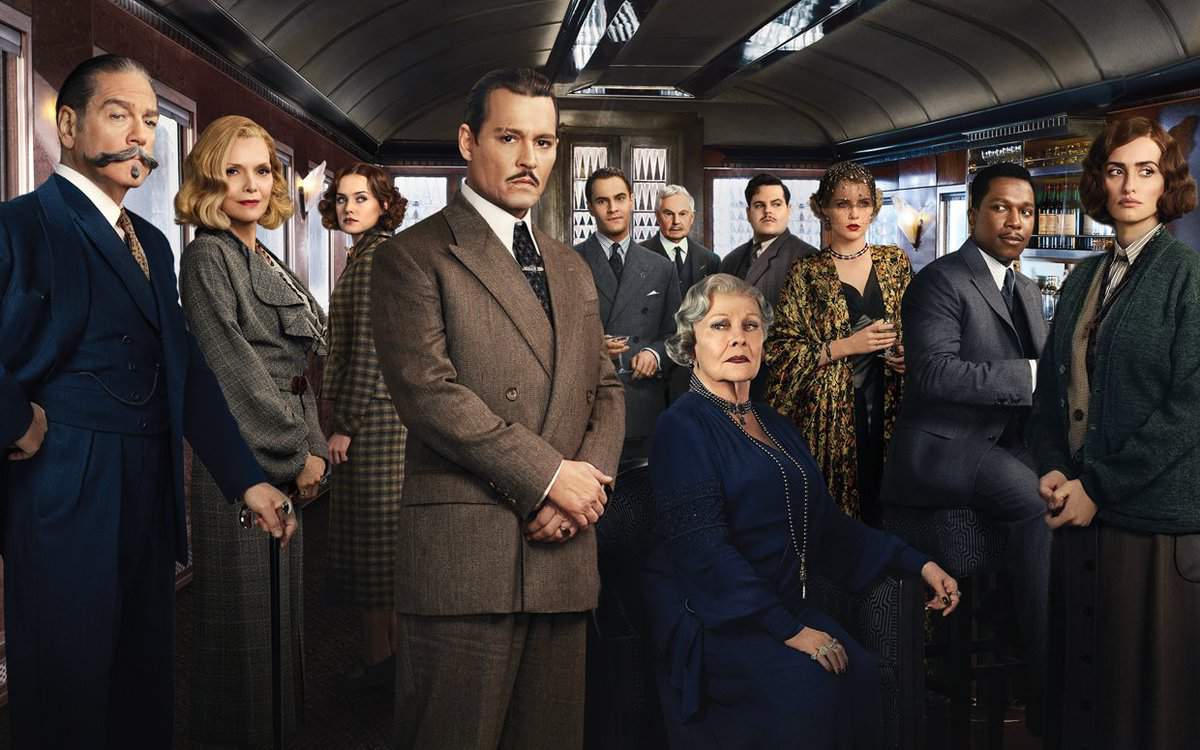 The cast of Murder on the Orient Express in Promotional Photo Credit: 20th Century Fox

This was followed by the 2022 sequel Death on the Nile with Kenneth Branagh returning as the lead, alongside Black Panther‘s Letitia Wright and the beautiful Gal Gadot in the ensemble. Murder on the Orient Express is currently streaming on Disney+, while its sequel Death on The Nile is streaming now on Hulu. 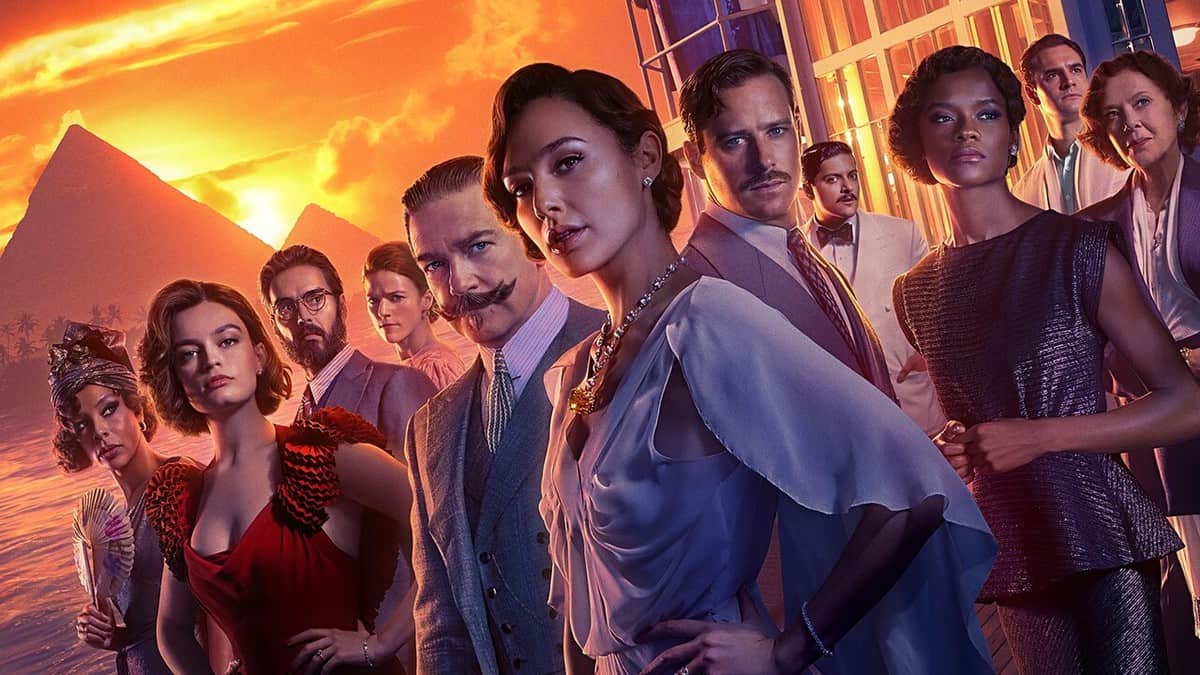 The cast of Death on the Nile in Promotional Photo Credit: Hulu

A third installment, rumored to be an adaptation of The Murder of Roger Ackroyd, is currently in development. 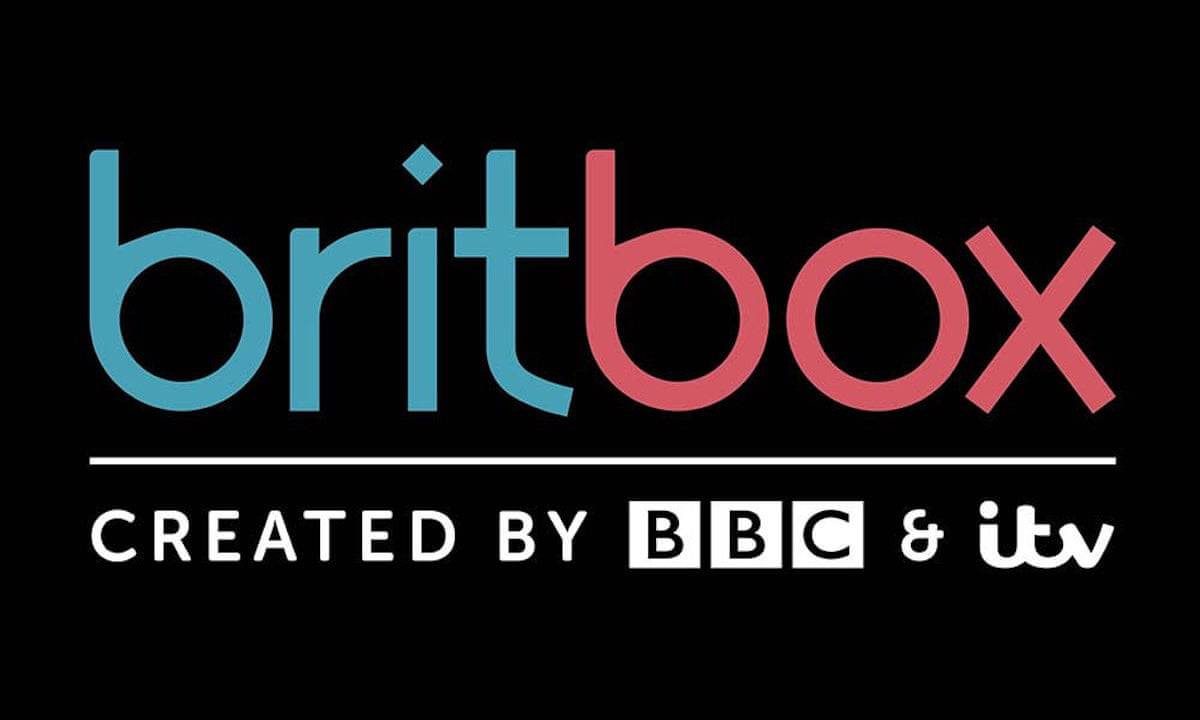 Why Didn’t They Ask Evans? is streaming on Britbox (which has the “Biggest Streaming Collection of British TV…Ever”) from April 12, 2022, and on BritBox UK from April 14, 2022, with additional international release dates to be announced.