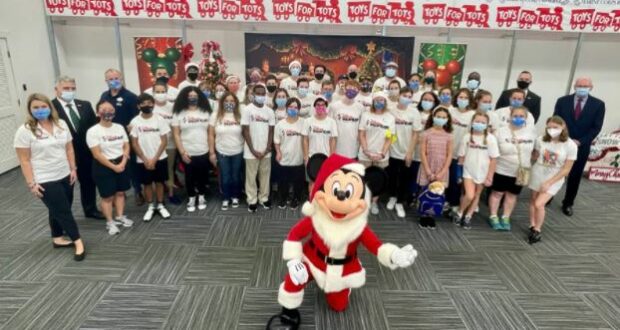 Disney VoluntEARS have been hard at work creating holiday magic for children and families in local communities and around the world this holiday season. Recently leaders of the U.S. Marine Corp Reserve Toys for Tots Foundation stopped by an Orlando distribution center to surprise VoluntEARS with some special recognition for all of their hard work this holiday season. 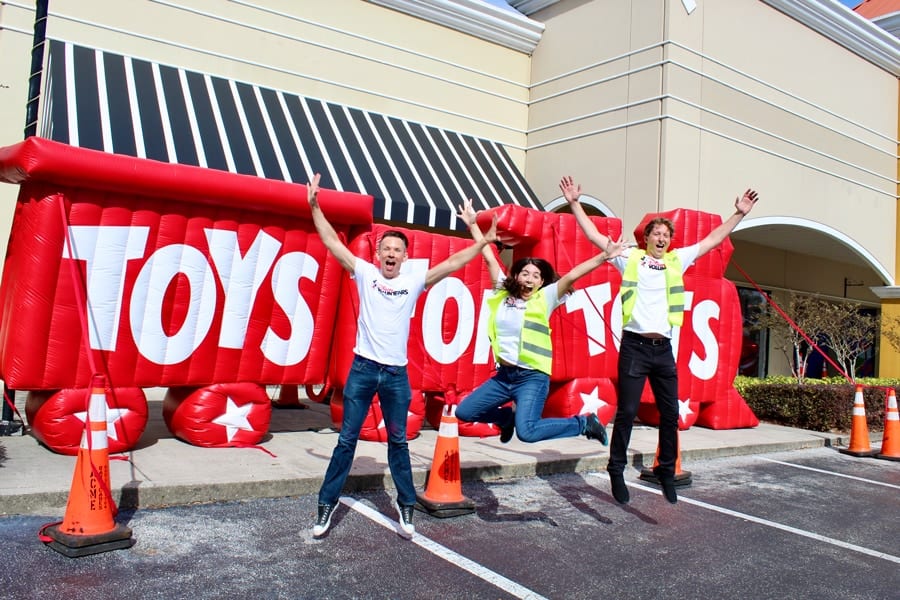 Disney’s support of Toys for Tots goes back to the founding of the organization in 1947 when Disney animators created the company’s iconic logo. Since then, the Walt Disney Company has supported Toys for Tots in a number of ways, including annual toy drives during the holiday season. During this year’s Disney Ultimate Toy Drive, Cast Members and VoluntEARS helped to collect toys and sort them for distribution so they could get to the kids and families who need them most.

During this surprise ceremony with Disney VoluntEARS, president and CEO of the Marine Toys for Tots Foundation retired Marine Lt. Gen. Jim Laster was joined by no other than Mickey Mouse himself to thank everyone who worked to support this years toy drive. Laster was also recognized for his work with the nonprofit by the Disney SALUTE veteran affinity group, who presented him and his team with SALUTE military challenge coins. This year’s Disney Ultimate Toy Drive has been extended through Christmas Eve on December 24, 2021 on shopDisney, so you still have time to add an item to your cart to donate when you check out. In addition to the extended toy drive on shopDisney, this year’s event was kicked off with a $500,000 donation to Toys for Tots by the Walt Disney Company, including a $50,000 donation that directly supported initiatives within the Central Florida community. In total at Walt Disney World this year, 10,000 toys were donated and will be gifted to families in Orange, Osceola, and Seminole Counties. Around the Walt Disney World Resort, drop-boxes for donations were placed in Disney Springs and in backstage locations for Cast Members looking to donate. As the toy drive continued, hundreds of Disney VoluntEARS helped to sort and distribute toys, logging a collective 2,000 volunteering hours.

You can learn more about ways the Walt Disney Company gives back to the community in this post, or head over to shopdisney.com to continue to donate toys through December 24, 2021.