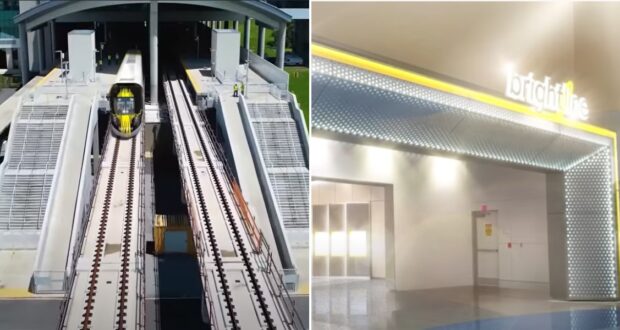 Florida’s new high-speed rail line is rolling closer to opening its new station at Orlando International Airport. While the connection to and from the Walt Disney World and Universal Orlando Resort is still farther away, the dream of having a high-speed luxurious rain line connecting visitors in Orlando to Miami and the rest of South Florida is drawing near, with operations still expected to begin this year. 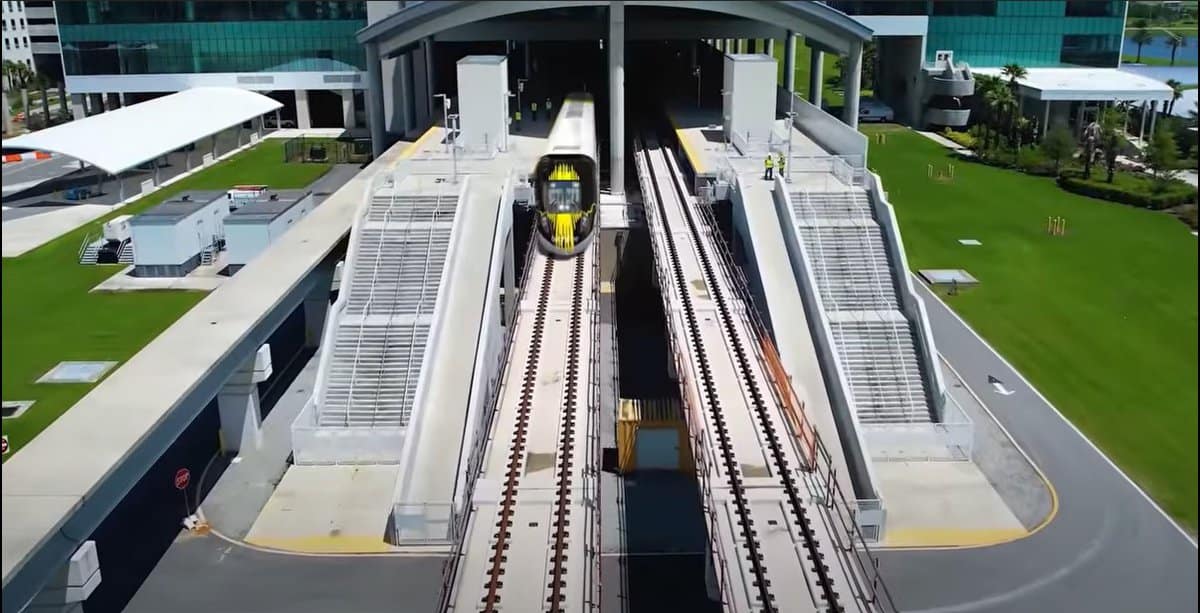 Those who are familiar with Brightline will see that it has all of the same amenities one would find at the Miami Central station and elsewhere, with the addition of an easy and convenient luggage drop-off point right at the entrance. Amenities like the Grab-and-Go Market, a craft cocktail bar, and a premium lounge are all going to be added on a scale big enough to accommodate more people than ever before.

“This world-class train station continues our mission of transforming train travel in America,” Patrick Goddard, president at Brightline, said. “We have carefully thought through each detail of this station to ensure that it exceeds the expectations of the modern traveler.”

The Orlando station will be just the latest step in Brightline’s plans to build a connection from Miami all the way to Tampa. Disney Fanatic previously reported that Transportation to and from the Theme Parks would be accessible via two planned stations built in partnership with Orlando’s commuter rail, SunRail. What was originally planned to be one station on Walt Disney World Property will now be two station stops at the Orange County Convention Center and South International Drive. But the initial connection from MCO could still potentially help many people better their Disney vacation as it allows would-be Disney Cruise Passengers to have a third airport for any Disney Cruise Line sailings out of Port Miami.