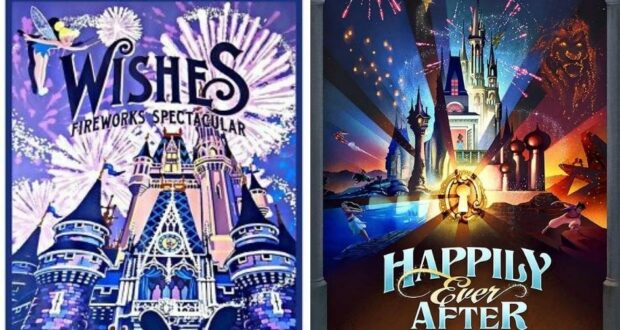 Video: Disney World Brings Back ‘Wishes,’ ‘Happily Ever After’ for One Night

With one look at the comments section of any post on the matter, it is clear that the Magic Kingdom’s current fireworks show, “Disney Enchantment,” is not as loved as its two predecessors.

The nighttime spectacular brought in for the Walt Disney World’s 50th Anniversary Celebration replaced “Happily Ever After,” which replaced “Wishes.” And Disney Fanatics have never been too shy about sharing how much they miss the specific kind of Disney Magic created by each experience.

Now, it appears that Disney World brought back some of the magic of those shows in a very special way.

On Tuesday, May 3, Magic Kingdom Park was closed to the public at 4:30 pm for a special Cast Member celebration. Before “Disney Enchantment” started, as Cast Members gathered around Cinderella Castle and on Main Street, U.S.A., video footage provided by reporter Scott Gustin shows that a very special tribute to both “Wishes” and “Happily Ever After” was performed.

During the Cast Member celebration at Magic Kingdom tonight, CMs were shown a tribute to Wishes and Happily Ever After before Enchantment. Almost felt like a perfect 50th tribute that could be shown nightly before Enchantment, right? Right?!

During the Cast Member celebration at Magic Kingdom tonight, CMs were shown a tribute to Wishes and Happily Ever After before Enchantment.

Almost felt like a perfect 50th tribute that could be shown nightly before Enchantment, right? Right?!pic.twitter.com/xY5sOzg2vK

But it appears that even more references were made in this special show–including music from IllumiNations and Spectromagic.

This one hurts a bit. pic.twitter.com/wTWbwjH1oy

This special treat was part of one of Disney World’s Service Celebrations that honors Cast Members who have reached pinnacle milestones with the company starting with 10-year work anniversaries. And it could explain why Disney World Guests reported hearing the soundtracks of both “Wishes” and “Happily Ever After” earlier this year.

“Service Celebrations are a time-honored tradition that are unique to the Disney cast member experience,” says Dar Stewart, vice president, learning & development, organizational development, workforce solutions at Walt Disney World Resort. “It’s an honor and privilege to be part of the team that brings these celebrations to life each year.” Cast Members are the everyday magic makers that make each Disney Day possible, an extra-magical night in the Parks is more than warranted, in this reporter’s opinion.

Click here to learn more about how you can show your Cast Member appreciation.

Disney Fireworks are an unforgettable way to end the day, whether one is standing around World Showcase Lagoon or the Seven Seas Lagoon; the Plaza Garden or the rooftop terrace at the California Grill; the docks of Disney’s Grand Floridian Resort and Spa, or the balcony of a room in Disney’s Contemporary Resort. Unfortunately, it appears that this special tribute to the “goodnight kisses” gone past was a one-night thing, and Disney Fans will be treated to “Disney Enchantment” as usual.