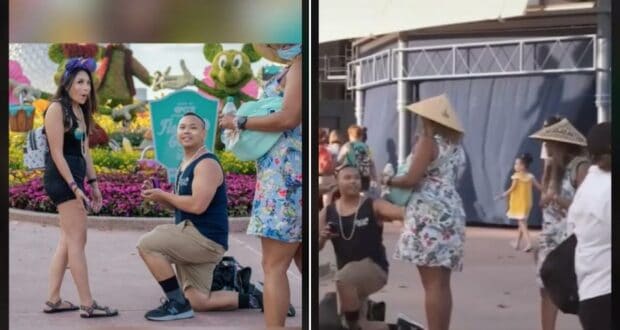 It appears that yet another couple’s Disney proposal has been completely ruined. But this time, it was ruined by a Guest.

A few weeks ago, the internet was set ablaze as a video of a Disneyland Paris Cast Member blatantly ruining a couple’s big moment in front of Sleeping Beauty Castle went viral. Now, a video has emerged from the Walt Disney World Resort showing another couple’s big moment getting awkwardly interrupted. 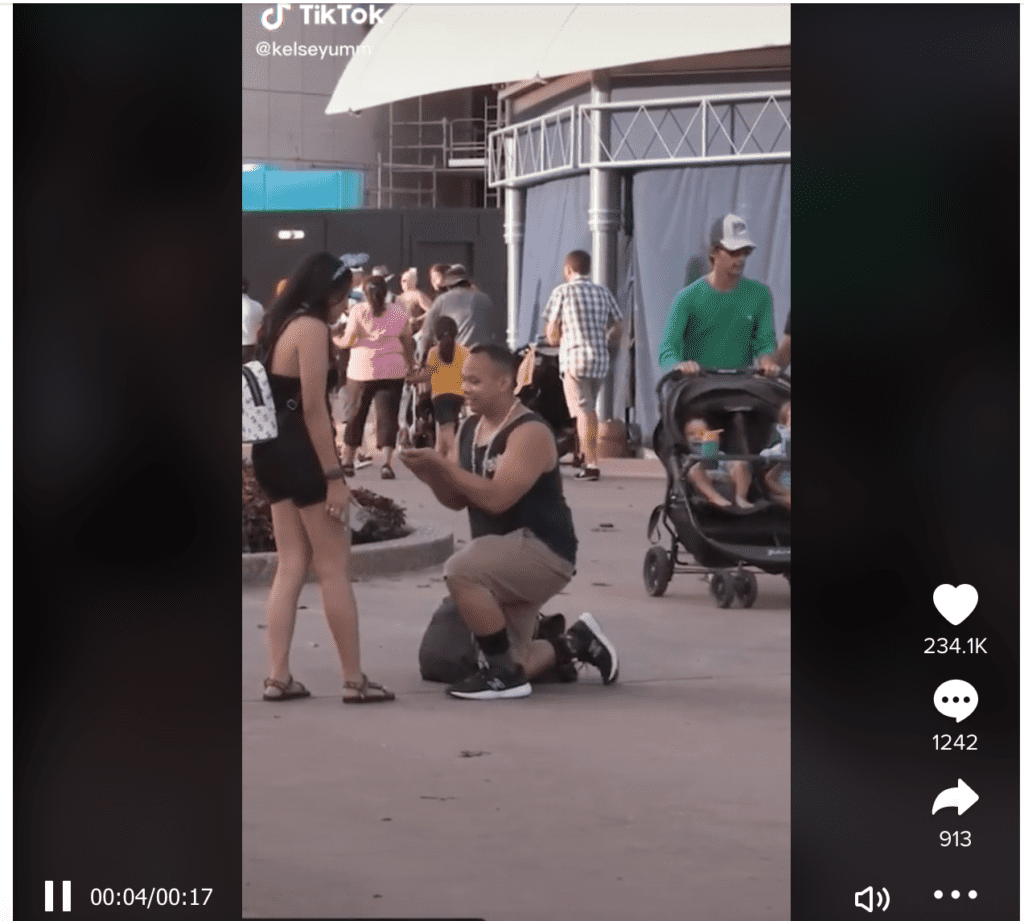 TikTok user @kelseyumm shared the video, saying, “A random lady interrupted my proposal because she thought there was no photographer.”

“We know she had good intentions, though,” she said in the caption, “and thankfully the photographer still captured great photos.”

The proposal appears to be at EPCOT earlier this week. The video clearly sees a woman jumping in to talk to the couple right as the man gets down on one knee. But unlike the Cast Member in Disneyland Paris–who the court of public opinion found to have acted with malicious or humiliating intent–this Guest acted only with good intentions. 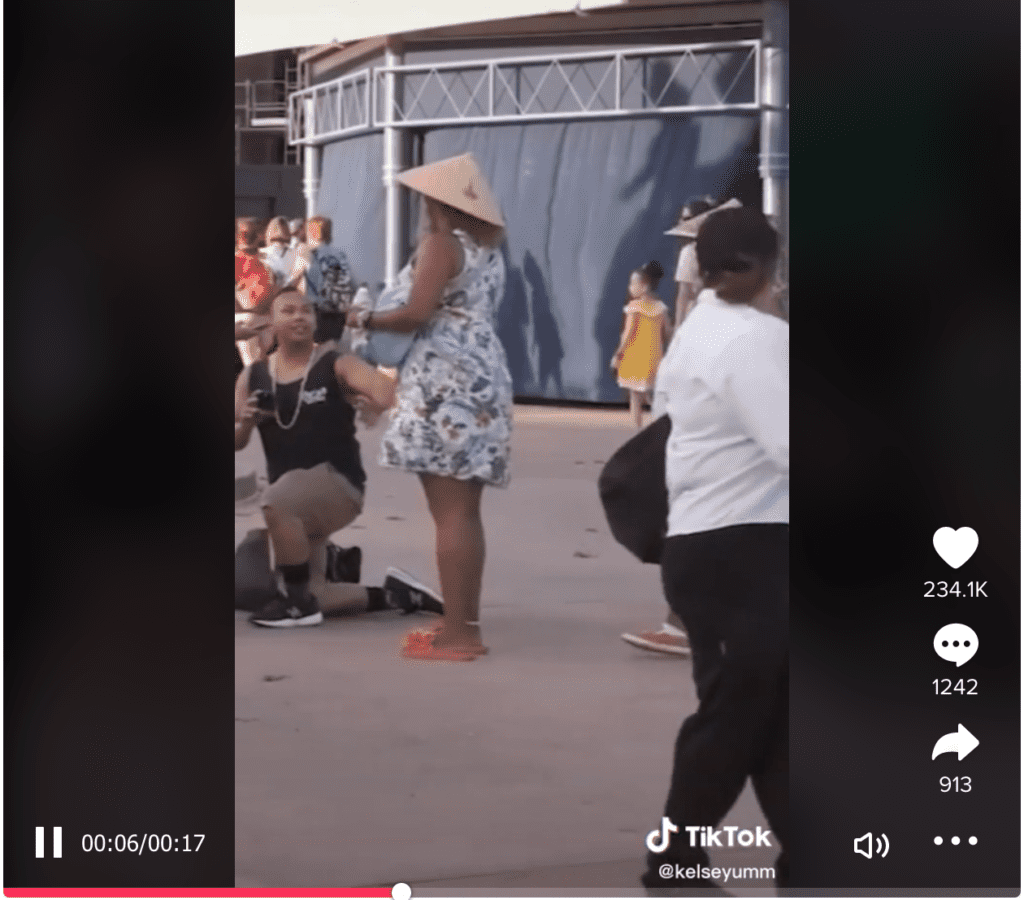 Walt Disney World Resort is an extremely popular proposal location, whether it is on World Showcase, in front of the Millennium Falcon at Disney’s Hollywood Studios, the Tree of Life at Disney’s Animal Kingdom, or in front of Cinderella Castle at the Magic Kingdom. Scores of couples choose Disney to add an extra level of magic to the start of their “Happily Ever After,” and Cast Members stand ready to help make that moment all the more magical.