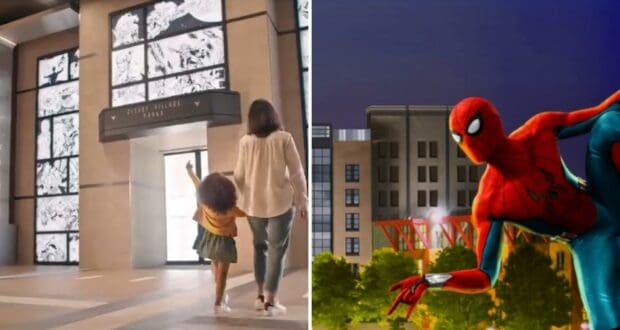 Inside and out, art deco splendor combines with the iconic animation style that brought Marvel Super Heros to life in an immersive experience beloved by every fan of the Marvel Cinematic Universe.

The commercial was shared over Twitter by Disneyland Paris Insider, @DLPReport. Check it out:

The commercial brings back the sentiments of classic Disney Parks commercials as a little girl sees how Hotel New York brings the excitement of Marvel to life right before her eyes. Starting from the entrance, she follows Spider-Man around the hotel toward her family’s room. The art deco of the golden age of comic books brings a level of chic elegance to the edgy, action-packed graphics on the wall.

Disney’s Hotel New York — The Art of Marvel stands open in preparation for the completion of Disneyland Paris’ own Avengers Campus, which is currently under construction at the European Resort’s second gate, Walt Disney Studios Park. With different room tiers, which include Empire State Club Rooms and Super Hero Suites, and activities for the whole family from a PhotoPass Super Hero Station to a Sauna and Steam Room, an adventure worthy of Tony Stark awaits.