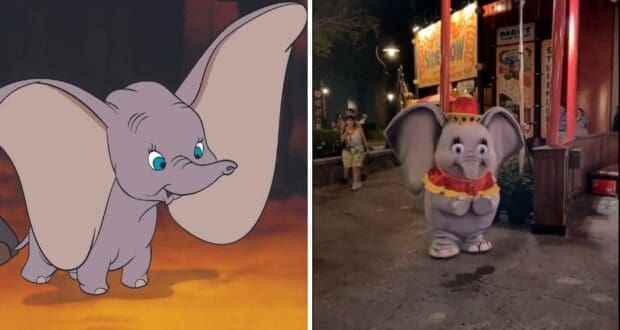 “I’ve seen a peanut stand. I heard a rubber band. I seen a needle that winks its eye. But I be done seen about everything when I see a elephant fly”— especially in a Disney World Theme Park!

It appears that last night, one character decided to fly into the Disney Park that is so incredibly rare to see that this video was the first time this writer has ever seen him there. That Disney character was the famous flying elephant: Dumbo!

Twitter user “off-brand elsa” (@IfUSeek_Amy) shared a video of Dumbo walking out of his Big Top tent at Storybook Circus with the incredibly empathetic caption: “ARE WE KIDDING???”

Since reopening the Parks and opting for socially distanced Character sightings, Walt Disney World seemed to increase the frequency of rarer characters in the Parks to help compensate for the loss in magic. But there were still characters like Dumbo that are almost never seen, and as the Parks move back to their normal, huggable character meet ‘n greets, one has to wonder if the characters that were rare before will go back into hiding. 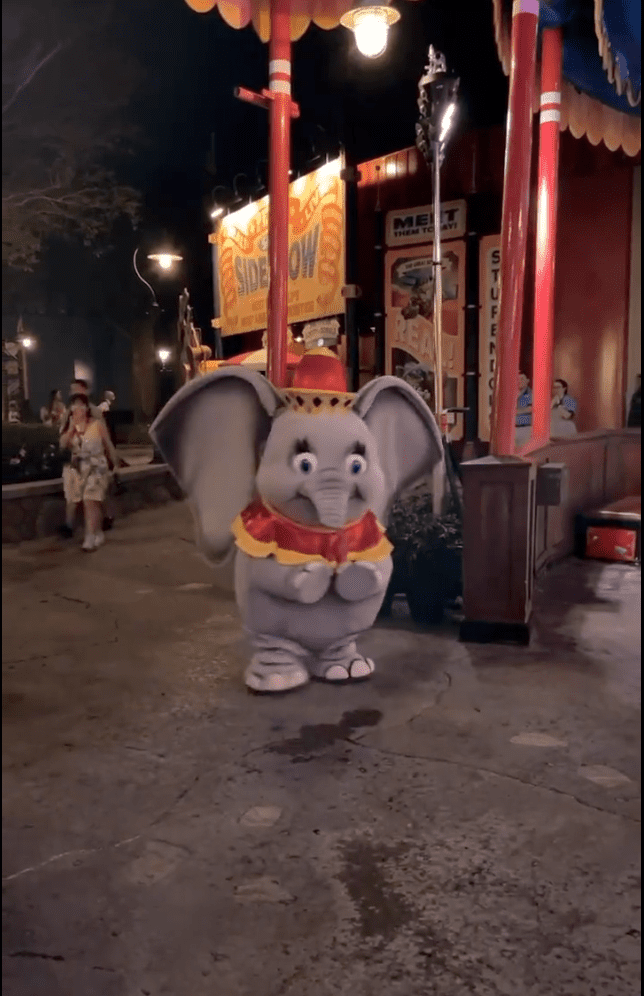 This is a prime example of how Disney World can provide magical new experiences to even the most seasoned of visitors. And while we at Disney Fanatic can give some advice to our readers in finding these rare experiences (ex., Be sure to attend the Halloween Party, and Christmas extra-ticketed events), and Character Dining options like Chef Mickey‘s can offer new magical memories, but seemingly spontaneous character sightings like Dumbo are always happening that we cannot disclose ahead of time.

So, the next time you and your family are walking around Fantasyland, Frontierland, Adventureland, Main Street, U.S.A., Tomorrowland, Liberty Square, and Storybook Castle on your Disney World vacation, be sure to keep your eyes open just in case. You never know who you might see.

We at Disney Fanatic will continue to update our readers on Disney World news as more information comes to light.