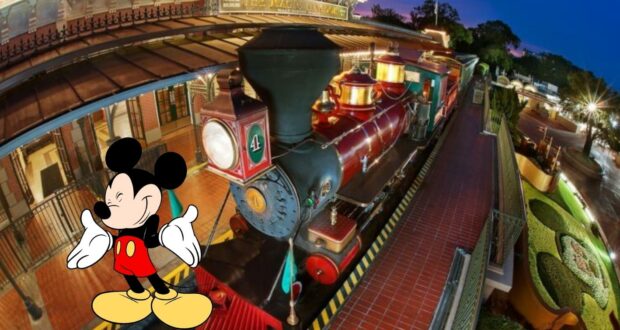 Earlier today, Disney released an update about the much-missed Walt Disney World Railroad, and Disney Park fans had a lot to say about it.

Walt Disney World Resort and Disneyland Resort are home to some incredible rides. Whether it’s the Magic Kingdom, EPCOT, Disney’s Hollywood Studios, or Disney’s Animal Kingdom, every Disney fan has a ride or attraction they love and frequent the Disney Park. And there’s few as special as the Walt Disney World Railroad. 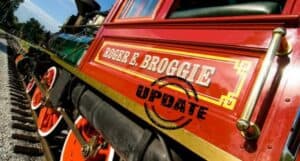 After almost 2000 days of closure, Disney finally gave fans an update about the Walt Disney World Railroad through the social media platform TikTok. Initially closed for the construction of “TRON: Lightcycle Run,” the Railroad has been rumored to be coming closer to opening for a while now.

Some fans have spotted the railroad at the Theme Park prior to Disney’s official update, and many have been incredibly hopeful for its return. Journalist Scott Gustin took to Twitter to share the official news.

However… given Disney’s current track record on how quickly it updates and works on rides and attractions, some fans are not as hopeful and had some hilarious responses to the update.

Twitter user Joe, @j3o1e1, wanted to “insert [a] sarcastic comment about how this could be open in weeks, when in reality it will probably open with Tron.”

@RedROckKing810 added, “Can’t believe we’re in the home stretch, only 3 more years before we get an opening date 2 years out from the announcement!!”

@DrewGuild even posted a photo, adding, “I better see you in action in December.”

I better see you in action in December pic.twitter.com/BRy6d3KUvz

While these responses are undoubtedly funny, it’s worth recalling that Disney has, in fact, been promising fans the opening of many different rides and attractions for a while now, and the Walt Disney World Railroad, in particular, has been shut since 2018.

Here’s hoping that Disney fans will get to see the comeback of this attraction sooner rather than later.