Also known as “the festival of lights” Hanukkah (alternately spelled Chanukah) is a Jewish celebration and commemoration of the Maccabees gaining victory in recovering and rededicating the Second Temple from the Greeks. According to the story, there was only enough oil to light the temple for a single night, but by miracle, the oil ended up lasting for eight consecutive nights. Hanukkah is celebrated every year on the 25th day of Kislev during the third month of the Jewish calendar.

Both Walt Disney World Resort in Central Florida, as well as Disneyland Resort in California, proudly present honoring callouts and highlights in the spirit of Hanukkah. So, adamant Jewish Disney fans take note when going on a Disney vacation to either location during the holiday season, as there is much to see, do, and enjoy respectively. Here are just some examples of the wonderful ways in which Disney Parks share in the cultural customs and traditions of the Jewish faith and honor the season of Hanukkah.

Related: How To Celebrate Hanukkah At Walt Disney World

Walt Disney World’s EPCOT has a long history of celebrating rich, cultural diversity from all around the world with its impressive World Showcase and respective national pavilions. There are also several annual events the Park is proudly known for, such as the EPCOT International Food & Wine Festival and a wide range of several others. And for several years now, as part of their Festival of Holidays celebration, they’ve been featuring special Holiday Kitchens. Presented as standalone food booths spread out throughout the World Showcase, Guests are invited to stroll along and get a literal taste of traditional holiday fare from varying national and religious distinctions.

Located between the Morocco and France Pavilions there is a special Jewish/Hanukkah-inspired Holiday Kitchen known as L’Chaim! Named for a traditional Jewish toast to life, the pleasing array of light bite features here are those of traditionally regarded Jewish deli delights that have a long history of being incorporated into American Hanukkah traditions. Such options include: Pastrami on Rye (with house-made pickles and deli mustard), Smoked Salmon Potato Latke (also available in plant-based/gluten-free variations), Sufganiyot (mini jelly-filled doughnuts), and special plant-based Black and White Cookies as part of their holiday cookie stroll. Spirited brews and featured drinks are also available. 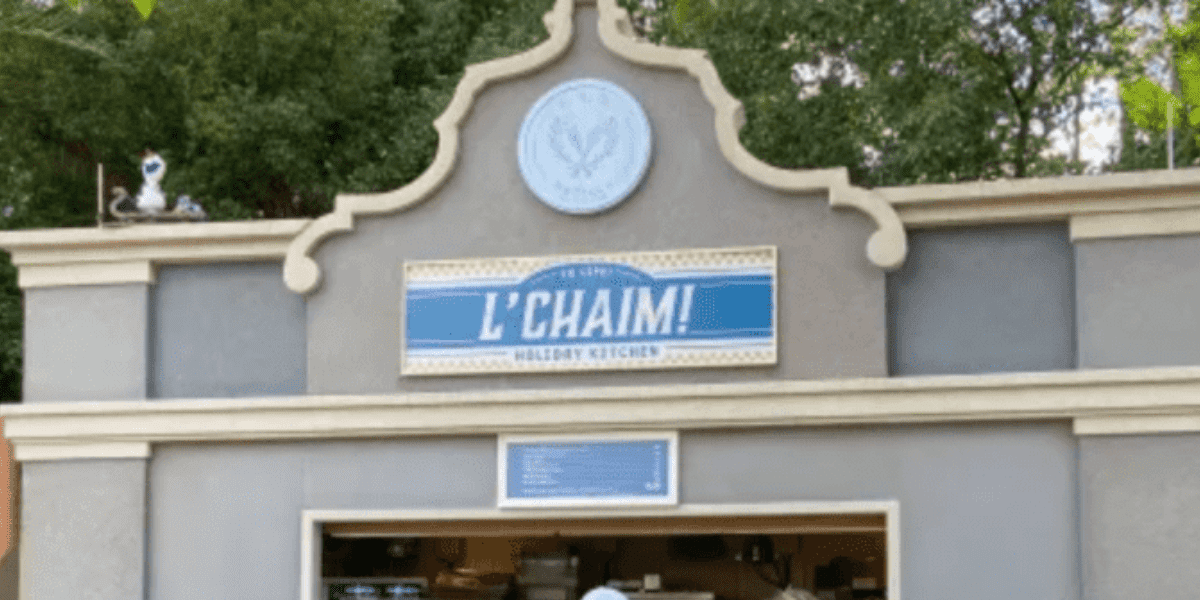 The Voices of Liberty singers, traditionally found within EPCOT’s American Adventure Pavilion, have a long history of captivating eager listeners venturing on by throughout the year. And when EPCOT’s Festival of Holidays gets underway, they’ve been known to scrap their original colonial wardrobe and instead don special holiday attire in order to take the form of Dickens Carolers. But the songs they perform aren’t limited to just those beloved traditional Christmas carols. In fact, they sing a wide range of seasonal classics for everyone to enjoy, including special Hanukkah melodies honoring well-known cultural customs and traditions. 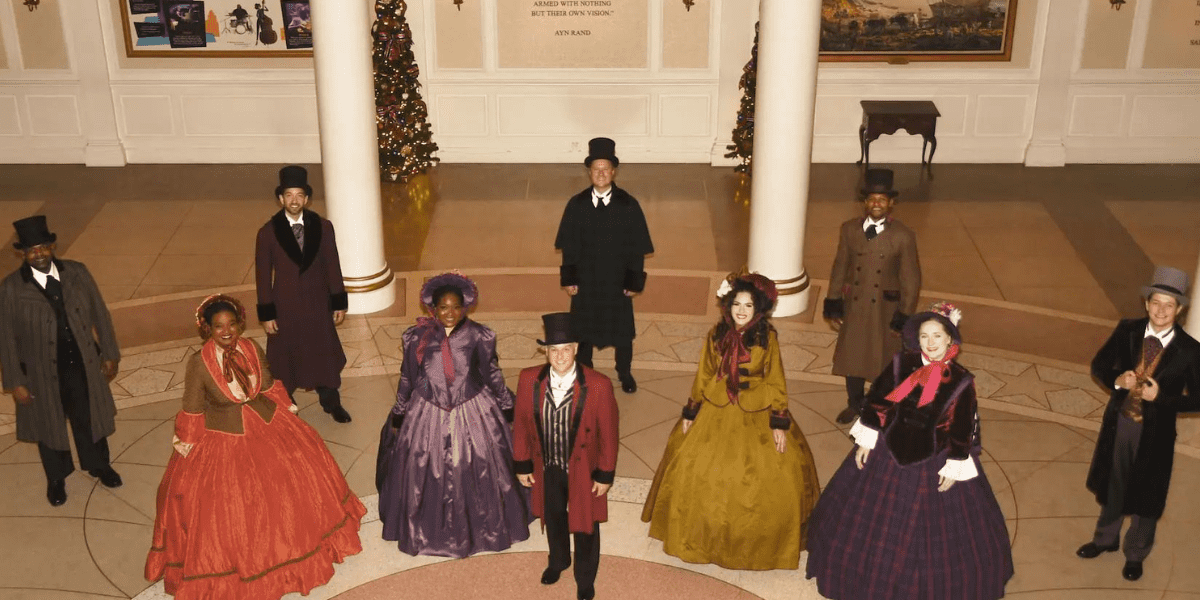 In addition to the L’Chaim! Holiday Kitchen setup, there is another Hanukkah celebration taking place between the Morocco Pavilion and the France Pavilion of EPCOT’s World Showcase. It is a live Hanukkah storyteller in person and performing 15-minute intervals on a stage at various times throughout the day.  In the spirit of storytelling, the stage speaker invites all to gather around and listen as he tells of his personal experiences traveling all over the world and getting to both observe and experience the vast versatility and number of ways in which Hanukkah is celebrated in various nations. It’s a most interesting bit you’re not going to want to miss! 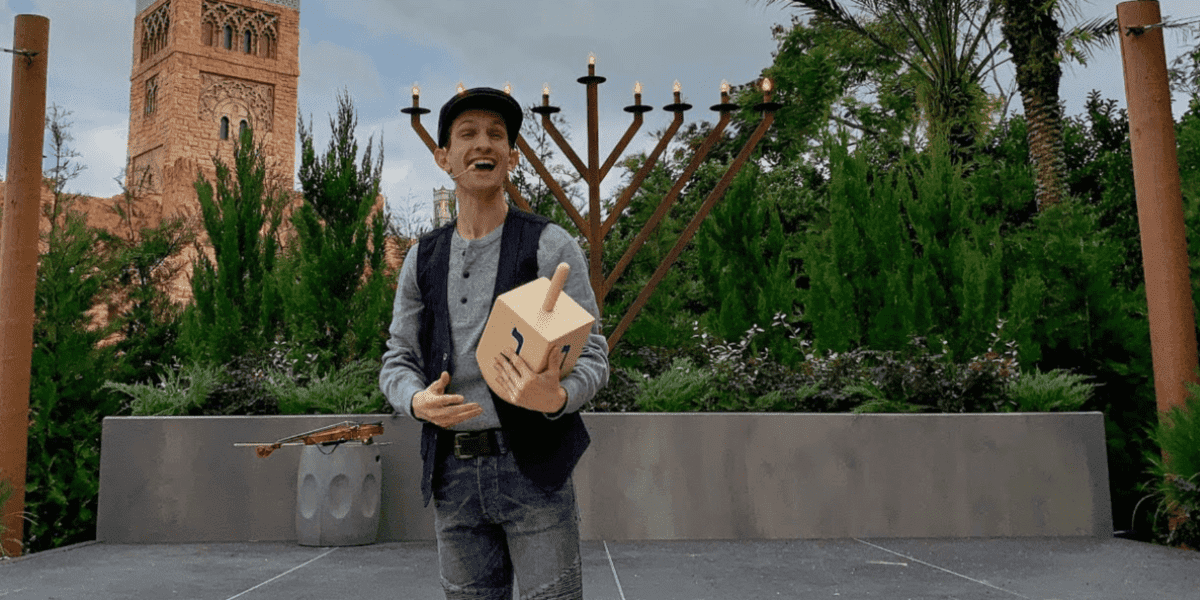 Related: The Real Stories Behind The EPCOT Holiday Storytellers

Moving away from the seasonal celebrations of EPCOT, Disney Springs offers another great detour into exploring Jewish customs and cultural traditions. Anyone who is familiar with the Disney Springs food scene specifically knows firsthand that there is a great variation in cuisine offerings across the board. And there are many locations that are known for kosher offerings in particular, including Erin McKenna’s Bakery NYC, which has a well-known reputation for baking and serving up goodies that are all vegan, gluten-free, and even kosher certified.

When the holiday season gets underway, Disney Springs has several additional showcases not regularly offered, such as their well-known Christmas Tree Stroll. But in keeping with honoring the tradition of Hanukkah, there are some ongoing musical sets to take note of, highlighting traditional Jewish celebratory music. For instance, over on the Waterside Stage at the Marketplace section Guests can catch various ongoing performances of Kalinka Klezmer at select times between November and early January. 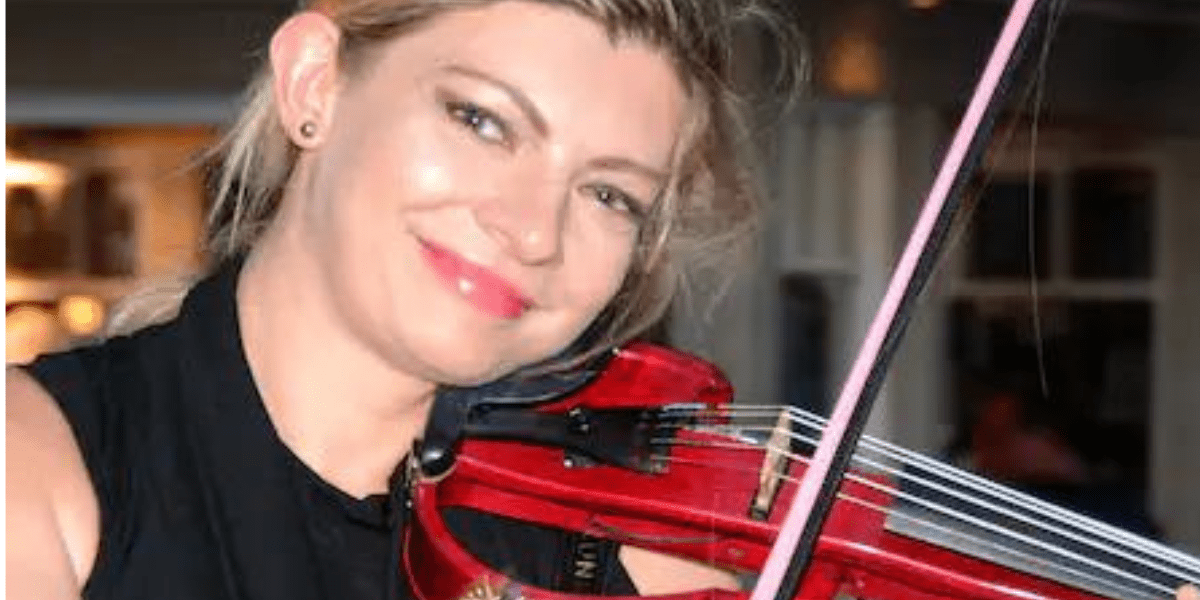 Disney World isn’t the only Disney Park acknowledging Hanukkah celebrations, though. For folks visiting Disneyland, it’s also worth mentioning that Festival of Holidays celebrations make up the scene here too, although on an admittedly much smaller scale than those at EPCOT in Disney World. Still, one of the most entertaining callouts for celebrating the season of Hanukkah in Disneyland is by enjoying live musical performances from the band Mostly Kosher at Sonoma Terrace, on location within Pacific Wharf at Disney California Adventure Park. Presenting a fresh new spin on traditional klezmer music, the band also infuses beats and melodies inspired by jazz, rock, and Latin musical traditions. Performances are ongoing at various times throughout the day between November and January. 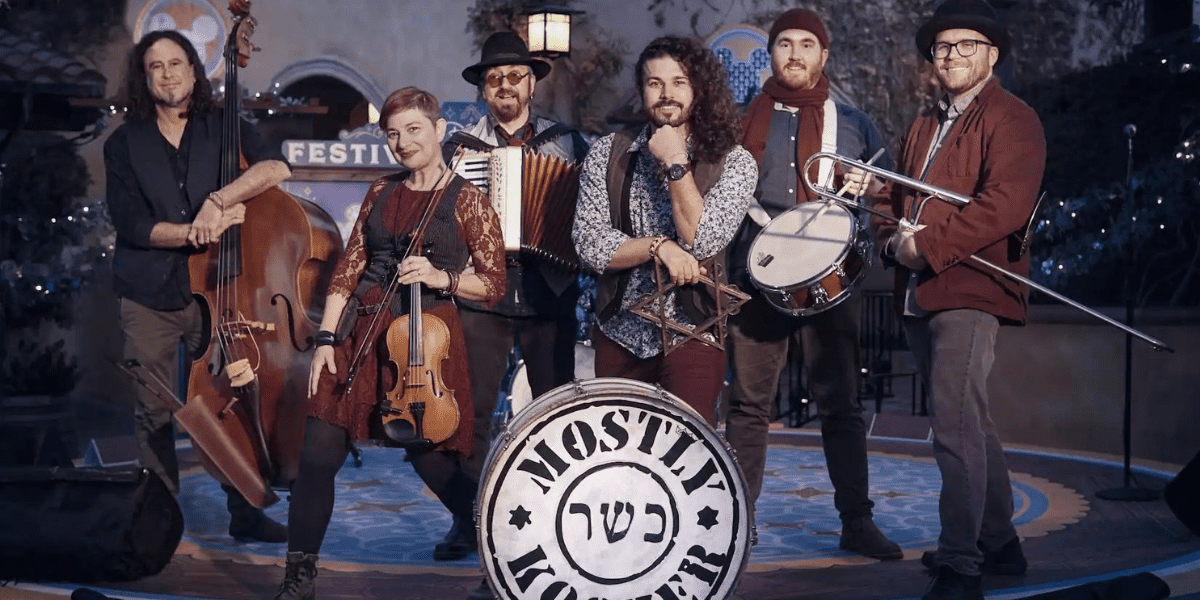 Whatever it is you are celebrating, getting into the spirit of the season with Disney is even more fun with merch and memorabilia patterned just for the occasion. Whether you’re looking to accessorize with just the right shirt or you’re looking to bake up some festive treats with some themed kitchen essentials, you can find just what you need both online at sites like shopDisney or at numerous retailers directly on location within Disney Parks. There’s just something extra special about celebrating the Jewish festival of lights with all the needed accessories, gadgets, and Hanukkah merchandise that any mensch would rightfully approve of. 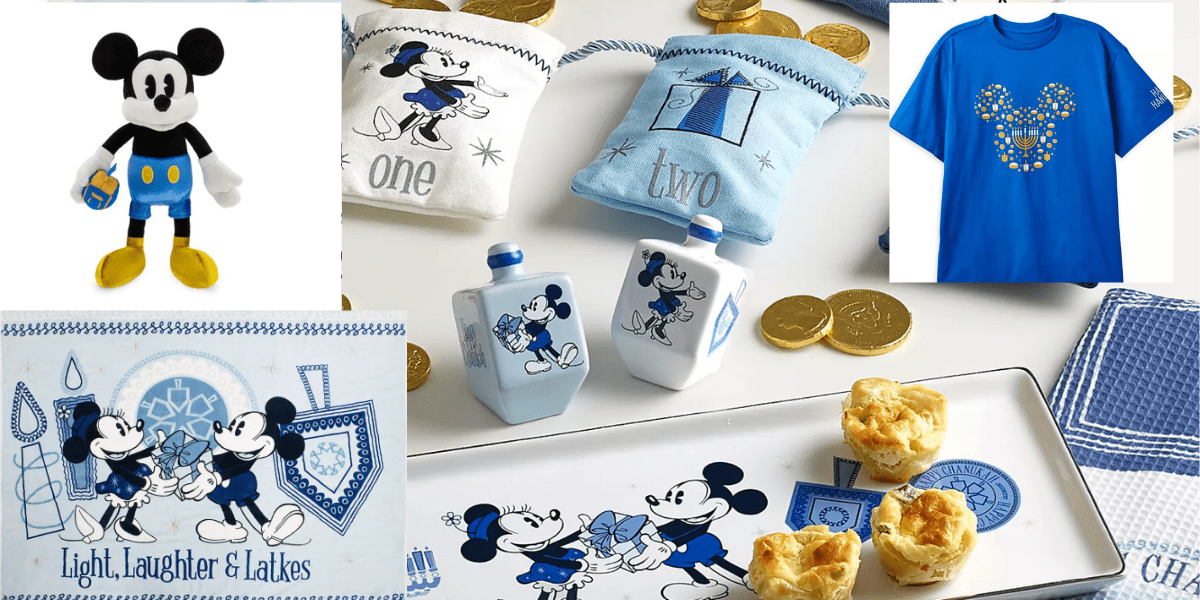 Related: How Disney Celebrates Hanukkah In and Out of the Parks

As is the case with any celebratory occasion, enjoying the holidays with Disney is always an especially magical experience. And as previously mentioned, there are just so many other cultural events and presentations that remain ongoing through the New Year at both Walt Disney World and Disneyland alike. With Disney, every day—every event is an occasion worth celebrating.