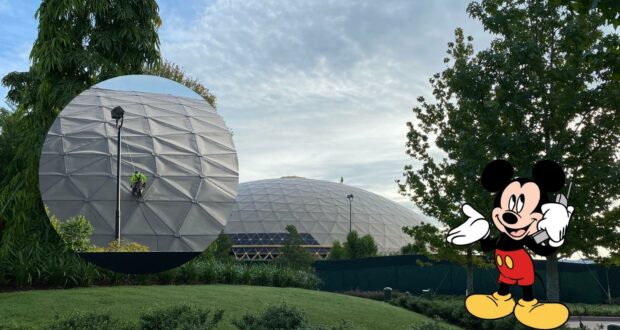 The Covid-19 pandemic saw the abandoning of many Disney World projects, but it appears one is back in the works.

The cool-down from the D23 Expo has many Disney fans looking forward to the updates that Disney shared. From the upcoming movies and tv shows scheduled for release next year to some exciting Park updates (although Disney was admittedly far too vague about some of them), there’s potential for a lot of exciting updates for Guests and fans. 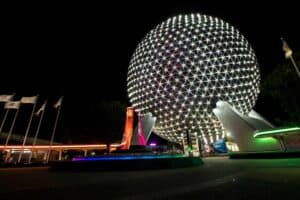 When the Coronavirus pandemic swept the world, Walt Disney World Resort shut down, and at this time, many projects were put on hold. Spaceship Earth’s refurbishment has been pushed back to an unknown date, and we have not seen or heard of any further developments regarding Cherry Tree Lane.

However, while many of these projects were left unaddressed during the D23 Expo, work has resumed on a Disney project that had been assumed to be wholly abandoned. The PLAY! Pavilion.

Disney fan and Twitter user Jimmy Pullano (@PullanoJimmy) took to the platform to share the update. Check it out:

@SirBrayden multiple workers on the roof of the Wonders of Life pavilion this morning. pic.twitter.com/o3LSg4CsIA

Like many of the projects fans were waiting to hear about, the new PLAY! Pavilion was not mentioned at all during D23. However, Pullano’s photos show a few photos of workers on top of the iconic domed building.

Another user, @EvanPatel11 — Evan Patel — also shared some photos saying he had seen them as well.

Were there the other day as well. pic.twitter.com/iziAMzKQWO

One fellow Disney fan, Johnny @Purplehairartis, commented with a possible explanation, “They have to be repainting the top piece. It houses the lightning and the mech for the old mobile inside.”

The PLAY! Pavilion was initially scheduled to open by the end of 2024. Not only is that no longer happening, but Disney’s current description of the World Discovery also no longer mentions the attraction. Now that we see possible progress in the area, it seems that the fate of the Disney Park Pavilion is up in the air again. Disney has also not yet formally noted the scrapping of the Pavilion in the Theme Park.
Meanwhile, Disney did note possible expansions elsewhere in the Walt Disney World Resort, namely the Magic Kingdom and the potential revamp of DinoLand U.S.A., in Disney’s Animal Kingdom. Nothing was mentioned about Disney’s Hollywood Studios.
We at Disney Fanatic will continue to keep readers updated about this and all other Disney news as it comes to light.
Disney World Epcot PLAY! Pavilion Walt Disney World Walt Disney World Resort Wonders of Life 2022-09-14
Priyanka
Previous: OpEd: ‘Little Mermaid’ will be Amazing, But ‘Diversity’ Talk is Ruining It!
Next: Honest Review of Disneyland from a Disney World Regular