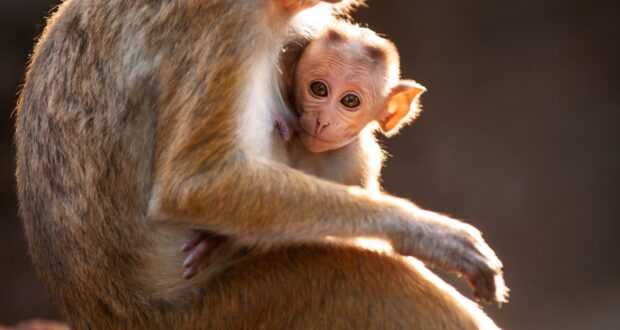 The Walt Disney Company has always had a deep-rooted history of exploring, conserving, and fostering new ways to educate the public about the importance of nature. In recognizing the majestic wonders of the world with all of its abundant wildlife and lush terrains, is it any wonder that Disney would look for easily accessible ways to share nature’s real-life magic for all to enjoy?

That is one of the many reasons why, aside from the popular motion pictures they are best known for, Walt Disney Entertainment has been so heavily involved in the production of nature films, dating back to as early as the mid-20th century. There are many longtime fans today who still remember Disney’s 14-part True-Life Adventures series, which ran between the years 1948 and 1960. The series even received several Academy Awards and other accolades.

For today’s nature-loving Disney fans there are numerous Disneynature films that have come out over the years. Perhaps you’ve heard of these films and you’re not quite sure about what they are exactly. So, to help you out, we’re answering a handful of common queries that many frequently ask about Disneynature.

What exactly is “Disneynature”?

Based out of Paris, France, Disneynature is an independent French-American film studio known for producing nature films and documentaries under the Walt Disney Studios brand. While the company was officially established on April 21, 2008 (a day before Earth Day, appropriately enough) the interesting history behind how the company got started goes back even further than that.

So, how and when did Disneynature actually get started then?

It was the French release of March of the Penguins back in 2005 that really got the Walt Disney Company back into the game of producing nature-based documentary-like features. This film, in particular, was presented as a creative story following real-life penguins. It was distributed in the United States via Warner Independent Pictures and met with great success. Not only did it gross nearly 10 times its original box office budget, but March of the Penguins even went on to win an Academy Award for Best Documentary Feature in 2006.

On the French side of things, Buena Vista International France eventually acquired the film and even maintained 20 percent ownership on that side of the island. Their efforts on the American front, however, did not pan out so well. Disney CEO at the time, Bob Iger, was even quoted to have said that March of the Penguins “should have been a Disney film worldwide.” And that was the initial inspiration for what would eventually emerge as a new nature film initiative to the Disney Entertainment industry—Disneynature Films.

Actually, Disneynature films are considered both. They are produced with a feature-length film duration and quality (including sound, music, and lighting techniques) but retain the voiceover dictation that’s classically characteristic of nature documentaries. Over the years, there’s been an observable shift from the earlier traditional narratives delivered in tandem to what takes place on the screen to present more personalized storytelling in regards to the featured animal subjects that star in a given work. This emerging anthropomorphic approach is more in par with conventional Disney techniques, recognizing the animals’ unique traits and even assigning them names and individual identities.

What are the various Disneynature films?

Since its official founding, there have been several Disneynature films that have come out over the years. While some have had theatrical releases, others were released directly to video or premiered via an alternate showing. Included in the extensive collection of Disneynature films are the following:

A new film will be joining the lineup as well. On April 22, 2022, the studio’s latest installment Polar Bear is set to premiere on Disney+.

What are the benefits of watching a Disneynature film?

As a viewer watching one of the many delightful Disneynature films that have been produced, you get to learn a lot of interesting facts while experiencing the magic of Disney filmmaking in a very different way. Because these films are educational while retaining interest, they make for excellent showings for even the youngest of viewers. And despite dealing with the wild side of life, parents may rest assured that these movies are never overtly graphic or upsetting, and all maintain a G rating.

What else should be known about the Walt Disney Company’s commitment to nature in general?

In addition to educating and inspiring viewers of all ages about the great abundance of animals that share the planet with us, the Walt Disney Company continues its ongoing commitment to protecting nature through countless conservation efforts. Animal Kingdom Park at Walt Disney World Resort, for instance, has played a pivotal role in providing for threatened and endangered wildlife all around the globe, via their onsite zoological and veterinary practices.

They’ve been instrumental in the return of white rhinos to Africa, have nursed endangered sea turtles back to health, and have been vital to the cause of countless other wildlife and habitat restoration initiatives the world over. To date, the Disney Wildlife Conservation Fund has contributed more than $11 million to 650 conservation projects in 110 countries.

Walt Disney himself had a deep love for animals and wildlife of all kinds. Even early on, he was always known for incorporating animals into his versatile works, from sketching the creatures he loved so well to featuring them in animated and live-action features alike. His original intent was even to have real-life animals in his Jungle Cruise attraction! And wouldn’t we have loved to have seen Walt’s reaction to the Animal Kingdom—a true manifestation of a dream come true. And for as long as the company has been associated with its animal amicability, animated and actual alike, we know it will continue to be a wildly awesome continuation, forevermore. Remember, it did all start with a mouse, after all.