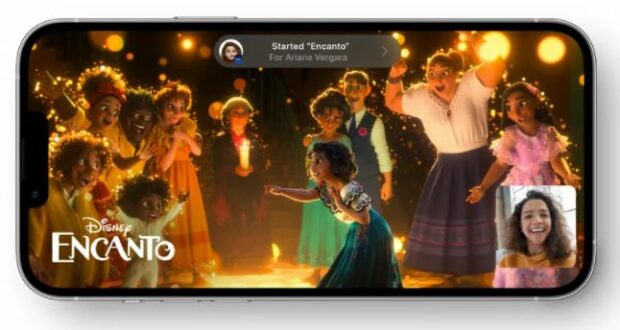 If you and your friends and family use Apple devices, Apple’s SharePlay feature is now available to use while streaming Disney+! 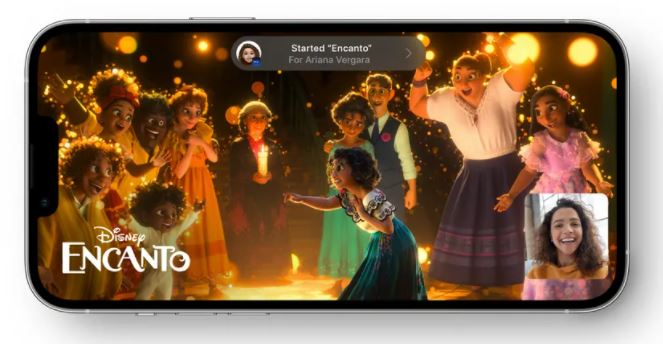 SharePlay is a new feature that allows users to sync their streaming services with friends and family so everyone can watch in real time. (It also works with music or podcasts in most cases depending on the app.) SharePlay was recently introduced to iPhone carriers during the iOS 12.5 update, so if your phone is covered under this feature you may find it an easier way to watch Disney+ content with friends and family virtually.

The big difference with SharePlay vs the the GroupWatch feature that is built into Disney+ is that SharePlay can allow for FaceTiming between multiple iPhone users watching the same show, whereas GroupWatch simply syncs the multiple movies or shows.

SharePlay also works similarly to apps like YouTube Premium, where iPhone users could set up the group watch for Disney+ or whichever streaming service they are using, while also FaceTiming friends and family who are watching, and still have access to using the rest of their phone.

The new service is supported on Apple iPhones and iPads that are up to date, so update iOS 15.1, tvOS 15.1 for phones and iPadOS 15.1 or later for tablets. Like most group watching programs, it is not usable on children’s profiles or anywhere parental controls are set up, and it cannot be used to score free streaming as every user must have a Disney+ account to join the group.

Disney+ has lots of exciting new content coming out, including holiday specials if you are spending time with family virtually this winter, that could be watched via SharePlay, as well as the new Hawkeye series from Marvel, Star Wars’ The Book of Boba Fett, and new releases coming soon like Disney’s Encanto.