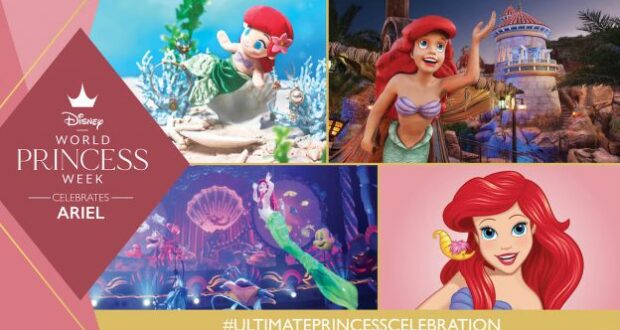 Ariel Goes Under the Sea For World Princess Week

We’ve been tracking World Princess Week and its honorees all week long, and today’s star is the Little Mermaid! Disney resorts around the world are celebrating this spunky mermaid’s “unflappable spirit” with special offerings and events. The classic Hans Christian Andersen fairy tale, about a mermaid (Ariel) who longs to be human, falls in love with a prince (Prince Eric), and overcomes a spell by Ursula the evil sea witch, has been a success with audiences since the Disney film version was released in 1989. In Walt Disney World, the classic ride Under the Sea ~  Journey of The Little Mermaid is being advertised more for this Little Mermaid celebration, as is the Ariel-themed room in the Art of Animation Resort, and Disney Guests can visit Prince Eric’s Village Market for a special-edition slushy called the Mermaid Tail! This dessert includes frozen blue raspberry and frozen green apple, complemented by whipped cream and a mermaid tail decoration. 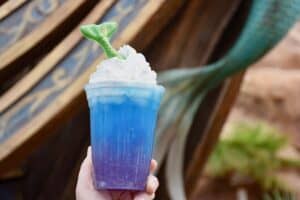 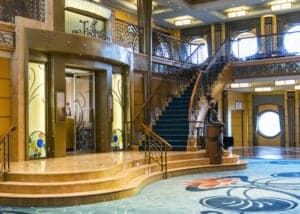 Disneyland is focusing on their Ariel-themed ride, The Little Mermaid – Ariel’s Undersea Adventure, at the Disney California Adventure Park, and Disney’s Cruise Line is taking this opportunity to show off their Little Mermaid atrium aboard the Disney Wonder, as well as the ship’s Triton restaurant, named after King Triton (Ariel’s father). In the Hong Kong Disneyland Resort, details on the Castle of Magical Dreams are being shared; different parts of the castle represent different Disney princesses, and today’s focus is all of the features that represent Ariel!

The Tokyo Disney resort is offering King Triton’s Concert, “a musical extravaganza” that features songs from the Little Mermaid movie, and has lots of exciting Ariel-themed merchandise in their shops. Meanwhile, the Shanghai Disney resort is displaying pride in its Summer Blast Castle Show and the “Voyage to the Crystal Grotto” ride, where you can see Ariel, Flounder, Sebastian, and all of her other oceanic friends! 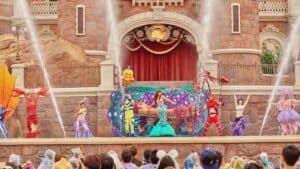 If you’re headed to Disneyland Paris today, stop by the French version of “Journey of the Little Mermaid”! While Le Pays des Contes de Fées is not identical to the Disney World ride, it does feature  “Prince Eric’s seaside castle”. 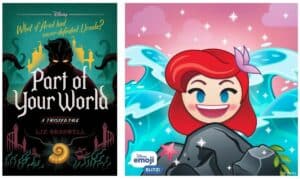 There’s lots of Ariel-themed merchandise being offered this week, particularly today, and it includes books like the popular “Part of Your World” book from the Twisted Tales series, which is about Ursula the sea witch. Episode Four of the “Courage and Kindness” series has also been released on Youtube, and this installment understandably features Ariel!

We had a feeling that Ariel might be the chosen one for today’s princess celebration, since Disney released a Tweet with this image yesterday!

Always keep an eye out for new thingamabobs! You never know what new worlds they will open up. #WorldPrincessWeek #UltimatePrincessCelebration pic.twitter.com/6BTD60s6EX

Ariel had quite a bit of success in her heyday, with The Little Mermaid and The Little Mermaid 2: Return to the Sea being released in addition to a well-received animated television show. Her biggest event in recent years (aside from her rides in the Disney parks and a 2008 Broadway show) was The Little Mermaid Live!, a live musical show on Disney+ that featured performances of hits from the musical film. Ariel was ironically played by Auli’i Cravalho, who actually voices the character Moana in another Disney movie, and Ursula was played by none other than Queen Latifah. 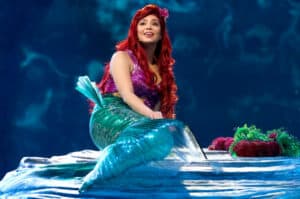 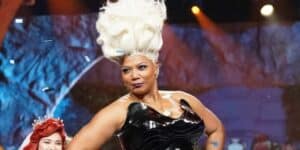 While Ariel’s honorary day does not include as many desserts as the previous three Disney princesses’ days did, there’s still plenty of attractions and offerings for Disney Guests and Little Mermaid fans to enjoy. The other Disney princesses chosen have been Tiana, Cinderella, and Moana. Who do you think is next in the Ultimate Princess Celebration?