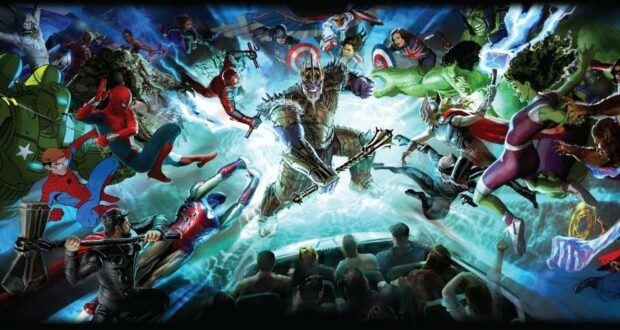 At the beginning of the 2022 D23 Expo, Disney’s CEO Bob Chapek teased that there was an expansion coming to Avengers Campus at the Disneyland Resort in California that will feature a brand new attraction that will let Guests explore Marvel’s Multiverse.

Two days later, Chairman of Disney Parks, Experiences, and Products, Josh D’Amaro, told fans what exactly that peak into the Multiverse would look like.

Battling alongside all of our favorite Marvel superheroes, Disneyland Guests will be transported to an alternate reality where Thanos won.

“Avengers Campus will expand into the multiverse, which will also expand the stories we can tell inside the land…The new concept for this attraction will be an epic family adventure, where you’ll get to team up with more of the Avengers and their allies to battle against foes from the multiverse, including King Thanos, a villain designed specifically for Avengers Campus.”

When joining battle with the Avengers, you never know what foes you’ll face from anywhere and everywhen. More to come on this third attraction in the future here on the Disney Parks Blog. #D23Expo pic.twitter.com/0nfsdeBeGi

This was just one of several exciting announcements surrounding Marvel’s first serious Disney Park presence, including the exciting announcement that Bruce Banner’s Professor Hulk will be appearing for character meet and greets. Click the link below to read our coverage of that story. But Avengers Campus is not the only part of Disney California Adventure that is getting something new. We also learned that Pacific Wharf will be transformed into San Fransokyo, the fictional hometown of Baymax, Hiro Hamada, and the cast of Big Hero 6. And, yes, there will be a Baymax meet-and-greet opportunity. 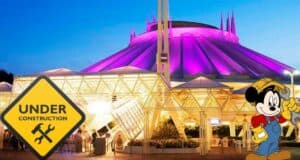 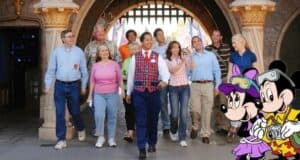 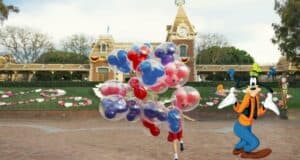