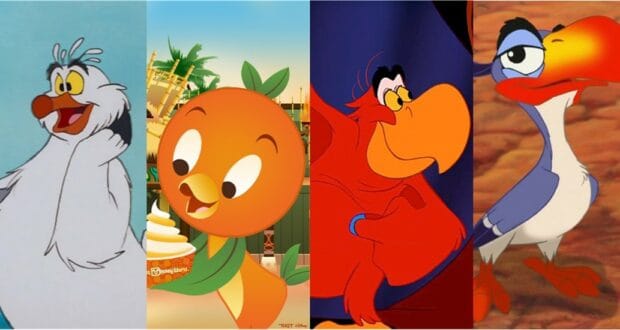 Can You Guess Which Disney Bird Has Joined “Disney Fab 50” Sculptures?

It’s hard to believe Walt Disney World’s 50th Anniversary is just over 50 days away! We simply can’t wait to experience all “The World’s Most Magical Celebration“ has to offer when it kicks off for an 18-month long celebration on October 1. We’re trying our best to wait patiently for the two new nighttime spectaculars including “Disney Enchantment” at Magic Kingdom and “Harmonious” as EPCOT. On top of these new experiences, you’ll also have a chance to snag your favorite 50th merchandise! But, let’s not forget about the Disney Fab 50 sculptures that will be available throughout Walt Disney World’s four theme parks. While we’ve seen several special Disney characters revealed so far, this newest addition is sure to brighten everyone’s day!

Beginning October 1, guests will have a chance to scavenger hunt through all four parks to virtually “collect” each golden Disney character sculpture on Instagram. Characters we know that will be included thus far include:

Now, a Walt Disney World fan favorite that exudes all things Florida has made it on the Fab 50 list! As shared by D23: “We’re thrilled that our very own Michael Vargo, Head of D23, announced today (8/9) that Orange Bird will soon be part of the “Disney Fab 50 Character Collection” at the Walt Disney World Resort during “The World’s Most Magical Celebration” starting October 1.”

The D23 video says Orange Bird will be available at Magic Kingdom park beginning October 1. Which Disney characters are you hoping to see added to the “Disney Fab 50” line up? Our count shows Disney has now revealed 19 out of the 50 characters thus far. We’ll keep sharing the news about which characters are included as Disney keeps the Fab 50 countdown going!