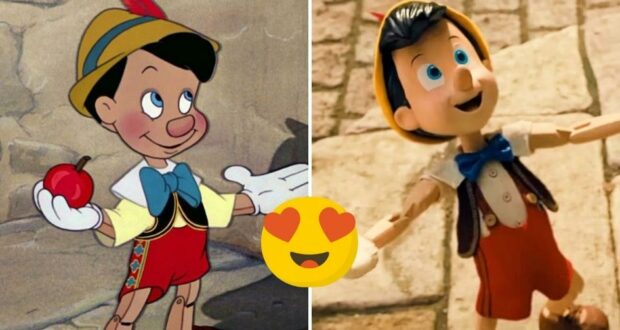 Fans of the classic Disney films rejoice: Disney has just dropped its trailer for the live-action adaptation of the beloved feature Pinocchio, finally giving fans a proper look at–and listen to–the little wooden boy, his little conscious, and the other characters.

Set to premiere on Disney+ on Disney Plus Day, the movie is directed by Academy Award® winner Robert Zemeckis. Zemeckis is also known for directing Forrest Gump (1994) and Who Framed Roger Rabbit (1988). 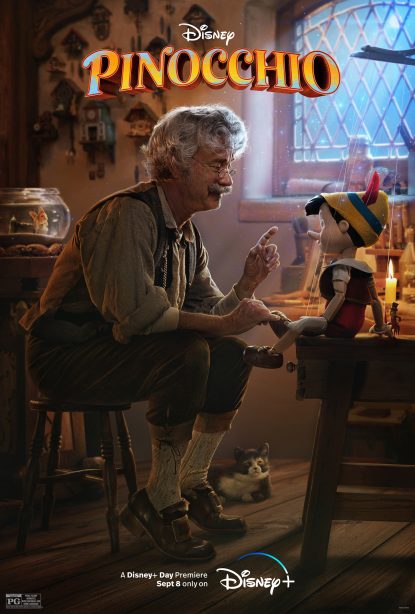 Related: Disney+ Day Is Announced for 2022

The feature has a stellar cast with Tom Hanks as Geppetto, Pinocchio played by Benjamin Evan Ainsworth, the beloved Jiminy Cricket, played by Joseph Gordon-Levitt, along with a new character for audiences to enjoy, Sofia the Seagull, played by Academy Award nominee Lorraine Bracco.

Disney just released the trailer for the upcoming film, and even those two minutes capture the magic of the Disney Classic. It opens with a voiceover from Stromboli:

“Ladies and gentlemen, I present to you the eighth wonder of the world. The one and only Pinocchio!”

The trailer gives audiences a sneak peek into the endearing performances of Hanks and Gordon-Levitt, amongst others. We finally get our taste of an animated Pinocchio — the puppet is as chaotic as in the original — and also get to hear the first of Joseph Gordon-Levitt’s Jiminy Cricket voice. The trailer also gives us a quick shot of the whale from the movie. 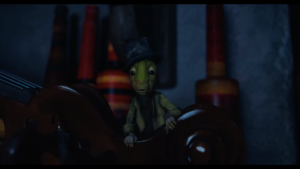 With all of this, the film also boasts an exciting soundtrack. Per the Walt Disney Company website,

“In addition to beloved songs from the original animated classic, including ‘When You Wish Upon a Star’ performed by Erivo, the film features new original songs composed by Oscar® nominees Alan Silvestri and Glen Ballard.” 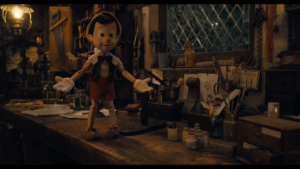 Pinocchio in the live-action / Disney

The media giant took to Twitter to celebrate the upcoming release:

The beloved classic comes to life in the all-new live-action #Pinocchio! Watch the new trailer and stream the movie, a #DisneyPlusDay premiere, September 8 on #DisneyPlus: https://t.co/T4DF7SqW96 pic.twitter.com/NXvxr0wuiS

Related: ‘Obi-Wan Kenobi: A Jedi’s Return’ Premieres Next Month on Disney Plus

Disney+ Day was introduced back in 2021 and was a highlight for Disney fans after the ongoing COVID-19 pandemic began in 2020; Disney concentrated its efforts on the streaming service as it was a relatively safe way for Disney fans to enjoy some Disney magic from their own homes.

Pinocchio will release on September 8, 2022, and will be available on Disney Plus for audiences to stream. Here’s looking forward to reliving the old classic Disney with the new magic of a live-action remake.