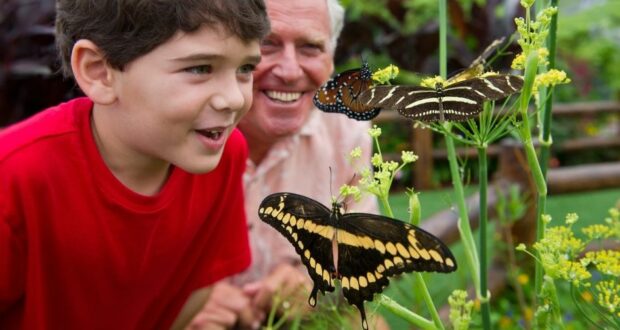 The Many Conservation Efforts at Work on Walt Disney World Property

Our Earth is our home and the home of countless other creatures as well. It also supplies so many natural life-giving sources. Protecting our planet, preserving it, and conserving it should be at the very core of our overall existence and our number one responsibility in life.

The Walt Disney Company understands this, demonstrating time and again their social responsibility to serve and protect life on this planet that in turn gives and sustains life for us all. Already greatly successful in having gone above and beyond improving life in this world on an impressively global scale, their commitment to conservation is ongoing and forever growing.

At Walt Disney World Resort in general, we’ve seen over the years the many ways in which they continue to improve their commitment to nature. In just a few years they’ve significantly reduced their carbon footprint to a commendable low for such a large Resort.

Some of the beneficial exchanges we’ve witnessed having been incorporated at Walt Disney World Resort include increased recycling and reuse initiatives, utilizing more solar-powered sources when able to do so, becoming designated as an EPA Energy Star Partner, and even exchanging plastic straws, cups, and bags for more biodegradable eco-friendly alternatives.

Additionally, there have been so many other ways the scene at Disney World has made important, impactful changes that continue to reap the benefits of providing a better tomorrow. Here are just some of the many conservation efforts effectively at work on Walt Disney World properties.

9. Their Commitment to Land Conservation

Did you know that out of the impressive grand total of 27,000 acres that comprise Walt Disney World Resort more than 8,000 have been permanently designated for conservation purposes? From serving as the thriving site for fauna relocation to being home to a wide range of different animal and butterfly species, Disney’s enduring commitment to nature couldn’t be more evident. Just think about it, nearly one-third of their total land is strictly devoted to conservation!

Walt Disney World Resort has been the site of numerous animal rehabilitation throughout the years. At Both Animal Kingdom Park as well as within The Seas with Nemo & Friends Pavilion at EPCOT, a knowledgeable team of experts in the field has worked wonders in rescuing, nurturing, and in some cases even bringing back various endangered species from the threat of extinction.

Their successful onsite breeding of white rhinos, which were previously extinct in the wild, is among one of their most noble triumphs. And over in EPCOT, the stately 5.7 million-gallon saltwater tank aquarium within the Pavilion has been temporal home to several sea creatures requiring special care, including hundreds of endangered sea turtles and several manatees.

7. The Wonderful World of Water

Did you know that when Mousekeeping makes rounds in cleaning Disney Resort rooms they actively gather up used soaps and other toiletries in order to donate to Clean the World? An organization dedicated to recycling soap for the benefit of underserved people from all around the world, Disney’s involvement has prevented tons of landfill waste over the years that would have otherwise resulted.

In addition to instructing workers to collect soap and toiletries, the Walt Disney Company strives in maintaining a safe and healthy environment. And while rigorous cleaning and sanitation are high on the list of standards, Disney works hard at fulfilling its goal without settling for harsh chemicals and products that contain unsafe toxins. Instead, they use the very best of the best in natural products that are both effective and safe to use in interactive areas where families commune in.

Both Walt Disney World Resort, as well as Disneyland Resort, have been known to reuse cooking oil from onsite dining establishments to be recycled into biofuel and other sources. At Disney World, many of these sources are also shared with local companies. Food scraps, depending on the food source in question, are also often mixed together with various horticulture bits for composting and fertilizing purposes.

Under the Disney Harvest program, which was started many years ago in the 1990s, Walt Disney World donates over 800,000 pounds of prepared but otherwise unused food each year to the Second Harvest Food Bank of Central Florida. This effectively minimizes the amount of food that goes to waste each year and allows those who need it most to get dibs on some delectable Disney eats.

Over in The Land Pavilion at EPCOT you’ll find an informative and educational attraction—Living with the Land, which allows Guests to get a firsthand look at the different growing methods being utilized on Disney property. And the fact that food is being grown right onsite is another very telling indicator of their environmental initiative.

Among the myriad agricultural practices at work here is the utilization of hydroponic growing methods. An approach to gardening in which food is grown aqueously rather than relying on soil, hydroponics allows for crops to thrive in places not traditionally considered and has been known to save space and even bump up production. What’s more, foods that are grown hydroponically retain all the flavor and nutritional value you can expect from any other gardening method.

1. Onsite Purchases at Resorts and Parks

They serve to improve life and living on this planet by reducing carbon emissions, rebuilding and restoring habitats, and reversing the negative impact man has had on nature in general. You just can’t find a more noble cause or give initiative. To learn more about the Disney Conservation Fund and all the ways in which you may also help out, visit their website.

Related: Go Green and Keep the Earth Clean with New Items On shopDisney

Walt Disney World Resort and by extension, the Walt Disney Company as a whole, remains a very powerful and positive force in its everlasting and ongoing commitment to preservation and conservation efforts the world over.

Doing good and what’s right globally can start with a simple act, a simple commitment, and even a singular location. But the impact of a simple decision holds the power to truly change the world for the better, which is one of the lessons Disney continues to show us. It’s an initiative that was also near and dear to the heart of its founder—Walt Disney himself.