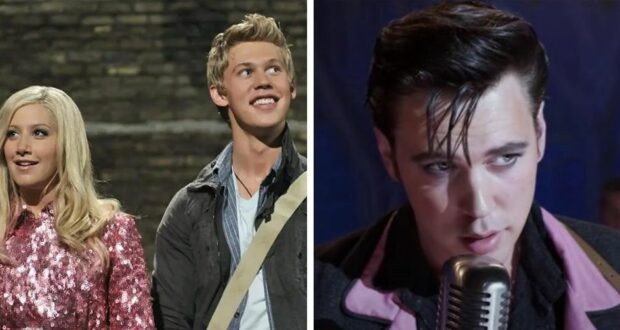 A Disney Channel actor from days gone by has come back into the limelight for an entirely different role — and it’s one that has him receiving very high praise before the movie has even premiered in theaters!

Austin Butler was the toast of the town back in the mid-2000s on Disney Channel; the handsome actor was featured on both the Disney Channel show Hannah Montana opposite Miley Cyrus and the Nickelodeon show iCarly opposite Miranda Cosgrove. Austin Butler then played Peyton, Sharpay’s love interest, in the High School Musical spin-off Sharpay’s Fabulous Adventure (after Ashley Tisdale invited him in for an audition). Now, Austin Butler is taking on an even bigger role that will have many Disney fans checking Disney+ for old episodes of Hannah Montana. The singer and actor is playing Elvis Presley in the upcoming movie Elvis opposite Tom Hanks, and from the looks of the trailer below, he does a jaw-droppingly good job!

When asked about casting Austin Butler and finding “the right man for the job” by Entertainment Weekly, director Baz Luhrmann said that “he [Austin] found me. I received this videotape of this young man in a flood of tears playing “Unchained Melody,” and I thought, “Wow, what is that? How is that happening?”. The out-of-the-blue recommendation from renowned actor Denzel Washington certainly helped, too! “Honestly, I put him through the ringer, but he lived Elvis,” Luhrmann added. “What he’s managed to do is not do an impersonation, but to live Elvis, to the extent that he’s humanized him”.

Elvis Presley’s family also praised Butler highly for his performance; the Elvis movie won’t be in theaters until June 24, but the Presleys were able to see it early, and Lisa Maria Presley said in the Tweet below that Butler most definitely should receive an Academy Award for his performance.

In my humble opinion, his performance is unprecedented and FINALLY done accurately and respectfully. (If he doesn’t get an Oscar for this, I will eat my own foot, haha.) pic.twitter.com/qrcj3N1yhy

Do you remember Austin Butler from Disney Channel?