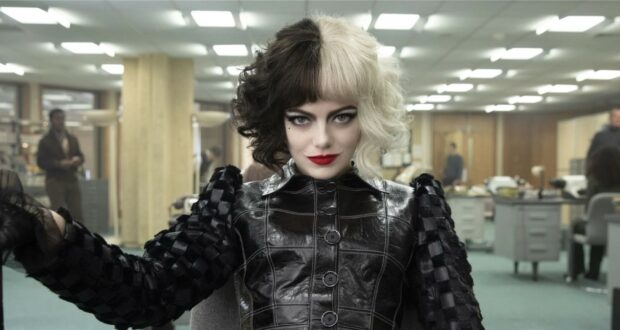 The villainous Disney character, Cruella de Vil, was first introduced in Disney’s animated classic One Hundred and One Dalmations. While Disney does a great job of making sure viewers dislike the villain in the story, villains are rather intriguing, to say the least, and do keep the plot going strong. Disney’s live-action Cruella launched in theaters and on Disney+ around the globe on May 26 and took the Cruella del Vil character to a whole new level with an intriguing back story as to why Estella (AKA Cruella) embraced her wicked side. The film was reviewed by many and the ratings were outstanding. In the midst of a mess between Marvel star Scarlett Johansson (AKA Black Widow) and Disney, we are thrilled to hear some good news as Cruella will be getting a sequel… and yes, the incredible actress, Emma Stone, will once again star as the villainous Cruella.

As reported in an exclusive by Deadline: “Oscar-winner Emma Stone has closed a deal to star in the sequel to Cruella, in what is a very good sign for Disney as it secures talent in the wake of some criticism of its theatrical-Disney+ Premier model. Cruella, due to the pandemic, was released in theaters and on Disney+ PVOD tier on May 26, earning more than $222 million in worldwide ticket sales. The release of Cruella 2 is a ways off, and it’s not certain at this time whether the movie will be a pure theatrical release or like its predecessor released simultaneously in homes.”

Endeavor executive chairman Patrick Whitesell had this to say about the agency’s client Stone and her Cruella 2 deal. “While the media landscape has been disrupted in a meaningful way for all distributors, their creative partners cannot be left on the sidelines to carry a disproportionate amount of the downside without the potential for upside. This agreement demonstrates that there can be an equitable path forward that protects artists and aligns studios’ interests with talent. We are proud to work alongside Emma and Disney and appreciate the studio’s willingness to recognize her contributions as a creative partner. We are hopeful that this will open the door for more members of the creative community to participate in the success of new platforms.”

With the recent release of Disney’s Jungle Cruise on Disney+ and in theaters, star Dwayne Johnson has made it clear no lawsuits are coming from him. It seems the same goes without saying for Emma Stone with this new “Cruella 2” deal, even though Cruella was also dropped on Disney+. Meanwhile, what’s to come of Scarlett Johansson’s career with Disney? It seems Disney has recently cut all ties with the Black Widow actress. We’ll keep you posted as the saga unfolds – but more importantly when dates are announced for the Cruella sequel!