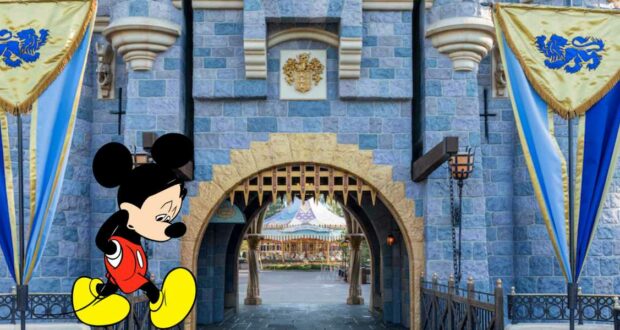 Disney fans are bemused by some live streamers’ recent comments and jokes about the tragic suicide that wracked Disneyland recently.

The Walt Disney World Resort (with its Parks, Magic Kingdom, EPCOT, Disney’s Animal Kingdom and Disney’s Hollywood Studios) and the Disneyland Resort (Disneyland Park and Disney California Adventure) are incredible Disney vacation spots for Guests from around the world. Visitors love to document their experiences at the Disney Parks, especially considering how unique and immersive that experience tends to be. However, one particular style of documentation—live streaming—is particularly hated by other Park visitors and Guests.

Mostly, fans are frustrated with Disney vloggers and live streamers because of their reputation for being rude and disruptive of the Disney experience. One Disney Resort even went so far as to ban vloggers and streamers. However, the most recent report of live streamer behavior takes things even further than that.

Rarely do we hear stories of tragedy striking at The Happiest Place on Earth. But it was the case earlier this month when a Southern California principal died by suicide at Disneyland Resort. The man, later identified as Chris Christensen, an elementary school principal at Fountain Valley School District in Southern California, shared a public message on Facebook, explaining the cause for his actions. Christensen leaves behind his wife, Marlena, and multiple children.

Most fans and Guests have been appropriately respectful of this tragedy. However, some Guests have reportedly crossed a line.  Magically Consumed, a YouTube channel run by Erik and Charlene, a couple of Disneyland influencers, appear to have made jokes about the death while walking through a Disneyland Resort Parking Structure this weekend.

While the influencers quickly deleted the video after backlash, a clip was later shared on TikTok by @_disney._stuff_:

Fans in the comments were disgusted at the lack of etiquette on the part of the live streamers. @jessica.bevilacqua said, “That’s awful and so disrespectful.” Some other Disney fans even called for the couple to be banned from Disney Parks altogether.

The streamers later went live and explained their jokes were to do with issues with their camera equipment. They didn’t apologize and said they didn’t expect people to make a connection between their jokes and Christensen’s death.

While it’s unclear what the reality of the situation is, it’s important to be sensitive and respectful when dealing with these kinds of tragedies at the Disney Parks, and be respectful of fellow Guests as well.

We at Disney Fanatic will continue to report on al Disney news.