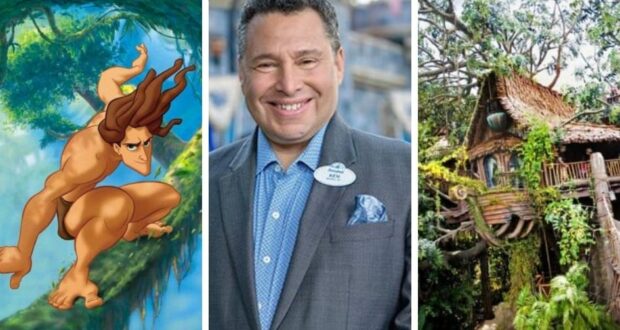 Earlier this year Disneyland fans learned that Tarzan’s Treehouse would be coming to an end, and that the attraction taking over the treehouse setting was already in the works. Now Disneyland’s very own president has spoken to Disney’s Official Fan Club D23 and shed a little light on the treehouse’s future plans and its new theme!

Disneyland Resort President Ken Potrock was on the D23 podcast recently, and he was able to reveal a bit about what Walt Disney Imagineering and its Imagineers are planning for the treehouse attraction (and new theme) that is going to replace Tarzan’s treehouse. “It’s interesting,” Ken Potrock said in response to D23 Podcast hosts’ questions about Tarzan “vacating” his treehouse.  “There’s two objectives with the treehouse. The first objective is: how can we refresh it? How can we make it feel new and different and vibrant?”

“One of the things that we can do is bring fresh [ideas], fresh storytelling, [and] fresh adventure to it,” Disneyland’s President continued. “Kim Irvine is brilliant and she has been working on this,” he added. Kim Irvine is a well-known Imagineer. “I think she’s got it…one that I think is gonna play well,” he predicted. 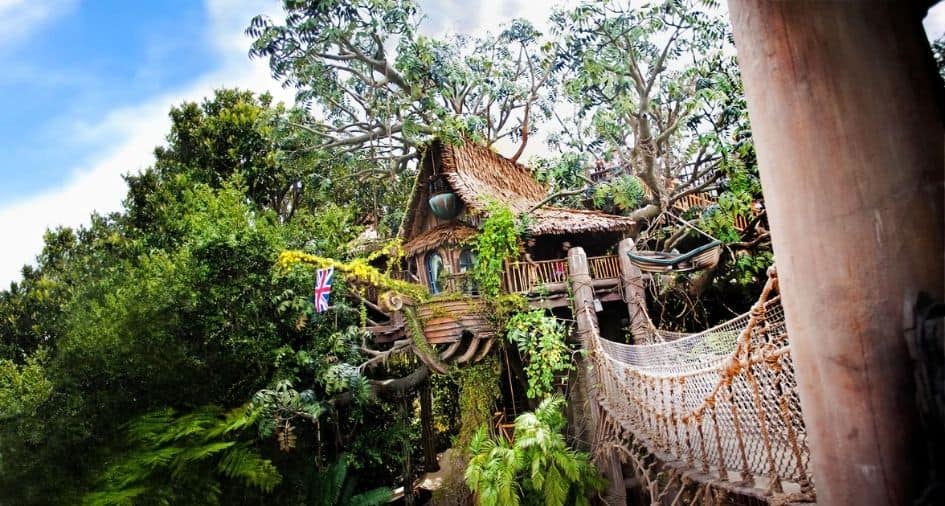 The Tarzan treehouse in Adventureland within Disneyland Resort. The Walt Disney World Resort has a treehouse within its Disney Parks as well: the Swiss Family Robinson treehouse in the Magic Kingdom.

Potrock also spoke about some logistical factors that will affect the changes coming to Disneyland treehouse. “The other thing though that’s really important [and] quite a challenge for us”, Disneyland’s president explained, has apparently been “the flow of Guests”. “We’re pulling out that bridge [from the treehouse] so that we can open up that space that connects the Indiana Jones attraction to the Pirates of the Caribbean attraction.

This will allow “greater ability for people” to explore around the treehouse without as many obstacles, he explained.

“Part of it was an operational requirement,” Potrock summarized. “[and part of it was an opportunity to celebrate these stories”. He refused to say more to D23, with a simple “I’m not going to go further than that” as his end to the discussion — but now we know that Tarzan is certainly not returning, Imagineer Kim Irvine is hard at work on developing the new attraction and new theme that will replace Tarzan’s abode, and Disneyland is putting a lot of thought into the logistics that will be involved.

Some Disney fans are hoping that the casita from the 2021 movie Encanto is going to replace Tarzan’s treehouse, or perhaps the jungle bedroom belonging to Antonio Madrigal in Encanto— and either option certainly seems plausible for the new theme! What would you like to see taking over the treehouse in Adventureland?