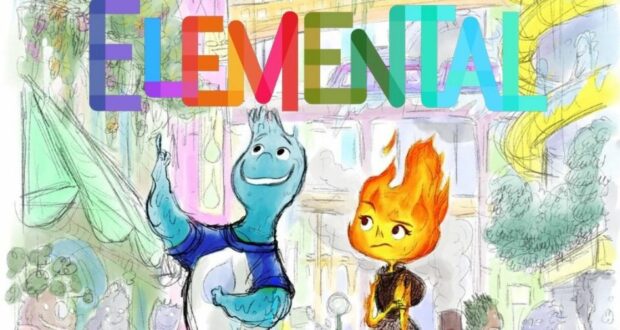 Pixar‘s recent movie Turning Red might not have impressed all of its viewers, but Pixar Animation Studios is pushing forward nonetheless with another new animated movie! Concept art, a plot summary, and a release date have all been announced for the upcoming Pixar and Disney film Elemental.

The plot summary of this new Pixar movie reads as follows: “In a city where fire, water, land, & air residents live together, a fiery young woman & a go-with-the-flow guy will discover something elemental: How much they have in common”.

This new Pixar animated movie will be directed by Peter Sohn and produced by Denise Ream. You can see some of the concept art for the new Pixar movie in the Tweets below!

What if elements had feelings? https://t.co/qoNKg4jf1z

Check out this all-new concept art from Disney and Pixar’s Elemental. See the movie June 16, 2023! pic.twitter.com/hzkAhAaxLK

The dynamic between an easygoing water element and a hot-tempered fire element should be entertaining for viewers young and old! Earth and air elements are making an appearance in the animated movie as well (which makes sense, since they are the other two main elements in nature)!

It looks like Inside Out (2015) will meet Frozen 2 (2019) in the upcoming Pixar movie, which had been completely anonymous until now and is officially set to premiere on June 16, 2023. The whimsical animation style and the focus on emotions, as well as the focus on the elements, would definitely suit a merger of those two films!

If you loved the introspective nature of Inside Out and the raw elemental themes in Frozen 2, then you might want to add Elemental to your watchlist for 2023 on Disney+ (although the new movie from the studio behind The Good Dinosaur will probably come to theaters, too)!

‘Inside Out’ Credit: Pixar

Are you excited for this new Pixar and Disney film?