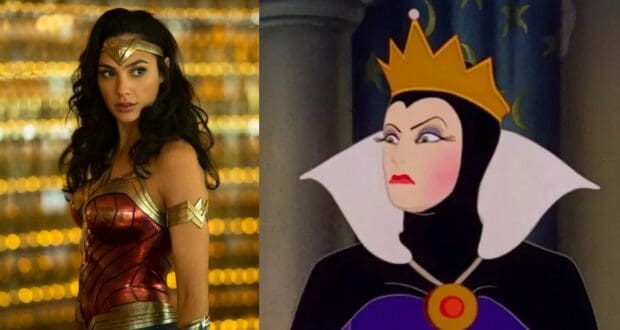 The popular actress known for her role as Wonder Woman, Gal Gadot, has landed the role of the Evil Queen in the upcoming remake of Disney’s 1937 movie, Snow White and the Seven Dwarfs. Gadot recently provided a film update on the live-action Snow White.

It’s no secret that Disney is on a live-action remake roll. From live-action remakes of Cinderella (2015) to the upcoming The Little Mermaid (2023) and films in between such as Beauty and the Beast (2017), The Lion King (2019), Aladdin (2019), Mulan (2020), and much more, we can’t help but take notice. Disney’s live-action Snow White however has been at the center of much controversy.

Rachel Zegler has been cast in the role of Snow White and has received some backlash for being of Latin descent with many citing the description of Princess Snow White as “skin white as snow, lips red as blood, and hair black as ebony.” Zegler however hopes to modernize the character in the live-action remake.

More controversy ensued when Peter Dinklage spoke out against Disney recreating a film with dwarves in it, saying that it’s a “backward story about seven dwarfs living in a cave together” was not “progressive” and was not good for “the cause”.

Disney responded shortly after saying that they would be “taking a different approach with these seven characters”. Disney also said that its filmmakers “have been consulting with members of the dwarfism community” in an effort “to avoid reinforcing stereotypes from the original animated film”.

On the flip side, dwarf actors such as Dylan Postl shared they are in support of dwarf actors being offered roles for the seven dwarf characters. Despite the support, rumors are said the dwarves will be replaced by “magical creatures“.

While some believe the Snow White remake was doomed from the start, the film progress pushes forward as we have learned filming has wrapped from an Instagram story shared by the Evil Queen, Gal Gadot.

Gadot shared an image from the set revealing that she’s wrapped up her final day of filming. One fan captured the Instagram story in which Gadot notes, “Last day on Snow White with the best team ever!!!! #evilqueen”:

We are still awaiting details on the Snow White remake plot to be revealed along with a release date. Gal Gadot has shared that “The take on this story is so different and delightful and full of joy.”

We will be sure to share further details as soon as Disney drops the news about its upcoming live-action remake, Snow White.