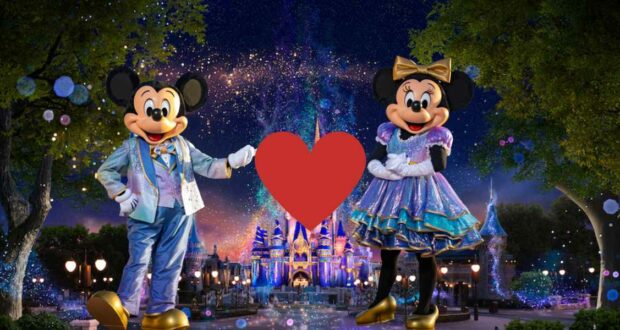 Walt Disney World has been on the receiving end of much criticism lately, but one fan is the sunshine in the darkness, sharing a beautiful journal entry of what a Walt Disney World vacation means to him.

Walt Disney World is known as “The Most Magical Place on Earth.” With the myriad rides and attractions such as Cinderella Castle and Haunted Mansion in Magic Kingdom and lands like Pandora in Disney’s Animal Kingdom that have Guests from around the world flocking to each Disney Park for a Disney vacation, it’s more than understandable why.

“When I travel to WDW it’s more than a vacation to me. It’s actually a creative pilgrimage where I go to rediscover playfulness, imagination and wonder. WDW in my mind is a collection of experiences that work in unison to catalyze my creative spirit.”

“When I travel to WDW it’s more than a vacation to me. It’s actually a creative pilgrimage where I go to rediscover playfulness, imagination and wonder. WDW in my mind is a collection of experiences that work in unison to catalyze my creative spirit.” pic.twitter.com/JLJWRfc7uP

The entries the Disney fan shared include beautiful illustrations of Disney’s Hollywood Studios—the Hollywood Tower Hotel, Cinderella Castle in its 50th Anniversary get up, and EPCOT.

Fellow Twitter users and fans were incredibly impressed with the illustrations and entries, with one John Lynch sharing,

Another Disney World fan, Rick Musselman, added, “Couldn’t have said it better. Have an awesome day my friend.”

It’s heartwarming to see fans who love and enjoy the Disney Parks sharing that love and creativity that is birthed from a visit with fellow fans and Guests. It reminds us of why we love our time at a Disney Theme Park and what keeps us going back for more.

Earlier this week, we also shared a beautiful rendition from another artist of where beloved Disney characters would fit in as Cast Members in the Parks.

Read More: Wonder Where Disney Characters Fit In As Cast Members? This Artist Has Your Back

Disney Guests The Walt Disney World Resort 2023-01-04
Priyanka
Previous: Despite All the “Flops,” Disney Ends 2022 #1 at the Box Office
Next: “The Only Bad Experience We Had”: Disney Fans Discuss Fireworks Dessert Party