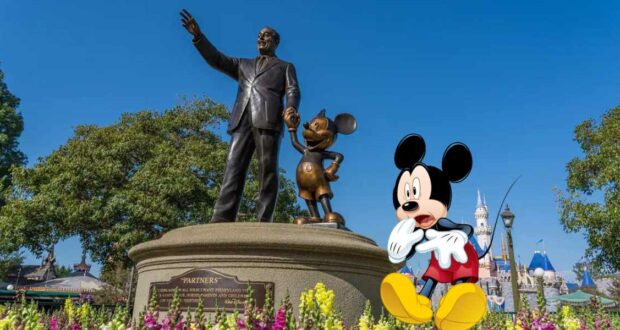 A Disney Park Guest upset more than one person when they yelled at multiple Cast Members and other Guests while queuing for a ride.

Of the two, Disneyland Resort is commonly called “The Happiest Place on Earth.” Between rides like “Pirates of the Caribbean,” fan-favorite “Haunted Mansion,” “Indiana Jones Adventure,” “it’s a small world,” amazing character meet ‘n’ greets, and more, it’s understandable why. However, things don’t always stay so magical at the Disney Resort.

One Guest reported an incident where they saw a “Karen at Disneyland.” Reddit user u/Opposite-Pop-5397 shared,

I was standing behind this woman in line when she steps off to the side when there was a big empty space. I thought maybe she wanted to lean against the wall or something so I just stayed where I was. I moved over to let some people go by and she goes off on me about her still being in line. I say that I knew she was in line and I was just letting these people pass by. Thinking that we were done I was surprised when she tells me she needed space as I kept standing behind her in line and she could always sense that I was behind her and she needed me to be far enough back that she didn’t know I was there.”

The Guest continued that since they didn’t want to get into an argument, they tried keeping “about 4 or 5 feet” between them and the other Guest. At that moment, a Cast Member sent them to two different lines. The Guest continued,

My line was going a little faster and I saw her complain to the employee. Then I saw her getting into a heated talk with a guest next to her. Then another heated argument with another guest. Just as I turned the corner I saw her yelling at a new employee, the last thing I hear is her yelling “there’s no way you can make this right!

The Guest that the OP was sharing about got into fights with multiple Guests and even Cast Members, even going on to say the Cast Member couldn’t do anything to fix the Guest’s experience. It’s well known that Cast Members do their best to give every Guest the ultimate magical Disney experience and go through rigorous training to even get to the point where they can be a CM at all. And it’s always important to show common courtesy to both fellow Disney Park Guests and Disney Cast Members during your trip, whether at Walt Disney World Resort or Disneyland Resort.