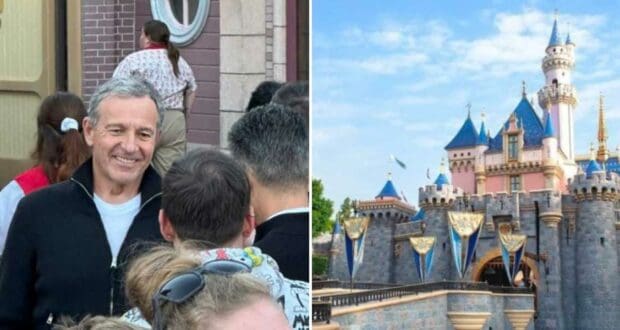 Bob Iger is as popular as ever with the Disney community, as evidenced by his recent Disney Park visit with Josh D’Amaro.

It’s been an eventful few weeks for Disney Parks and Disney fans. November 20, 2022, saw the exit of former Disney CEO Bob Chapek and the return of his predecessor and current Disney CEO Bob Iger. Along with this, over the next week, many of Chapek’s allies were also let go, so much so that people speculated on the safety of CFO Christine McCarthy’s job.

On returning to his role, Iger got to work, first calling a Town Hall meeting for Disney employees and Cast Members wherein he addressed various topics, including Disney’s response to the Parental Rights in Education Act in Florida (also known as “Don’t Say Gay”). Recently, Bob Iger took to Disneyland Resort with Disney Parks and Experiences Chairman Josh D’Amaro.

Journalist Scott Gustin shared photos and videos of the visit on Twitter:

Bob Iger is markedly more popular than his now predecessor, and many are incredibly hopeful that the CEO will bring in some much-needed changes. There are already rumors been swirling that the Park Pass system might be being taken away.

Read More: Bob Iger Might Be Removing the Park Pass

On seeing the Disney CEO, Guests even cheered for him, proving his popularity in spades.

Iger had an impressive run at the Walt Disney Company, becoming CEO in 2005 and handing over the mantle to Chapek in 2020. The power exchange between Iger and Chapek was swift and surprising, especially since Bob Iger ended his position with the company earlier than expected. For almost four decades, only two CEOs served The Walt Disney Company—Michael Eisner from 1984 to 2005 and Bob Iger from 2005 to 2020.