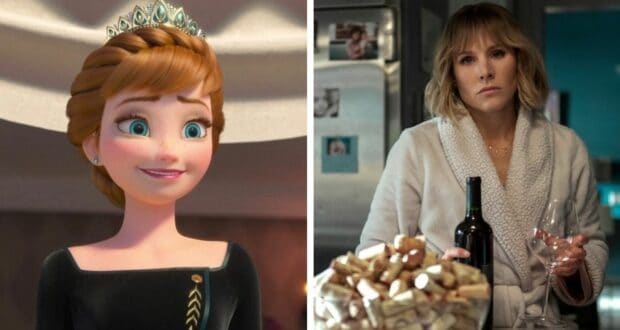 Actress and businesswoman Kristen Bell is best known for her voiceover work as the voice of Disney princess Anna (now Queen Anna) in Frozen (2012) and Frozen II (2019), her line of CBD-infused skincare called Happy Dance, and her happy-go-lucky roles in romcoms like You Again (2010) or Bad Moms (2016).

Kristen Bell did demonstrate her broader range when she played a lifeguard undergoing an existential crisis in The Lifeguard (2013) and a sardonic character in The Good Place (2016 – 2020) on NBC, but now the actress is stepping even further away from her Disney princess reputation with a role in a decidedly dark series on Netflix! 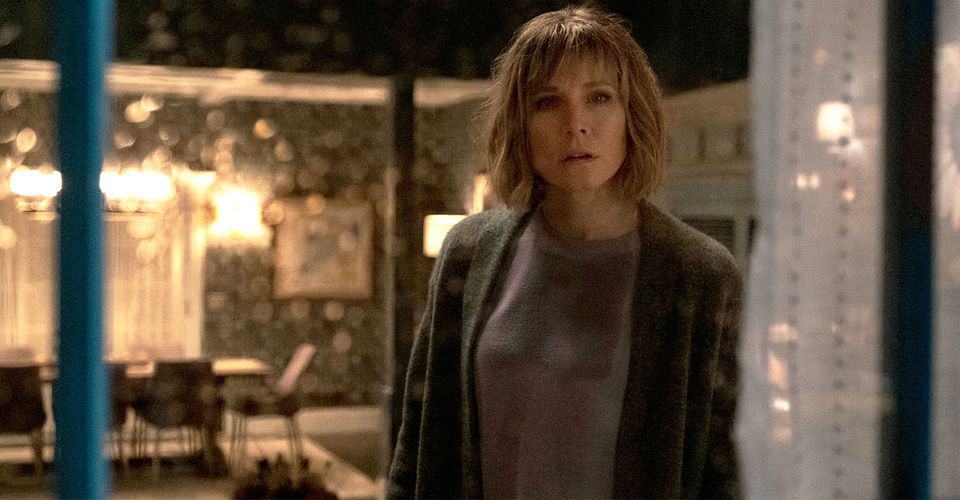 The Woman in the House Across the Street from the Girl in the Window is Kristen Bell’s new dark comedy series on Netflix, meant to be a satire that parodies the tropes in movies like The Woman in the Window (which starred Amy Adams) or The Girl on the Train (which starred Emily Blunt). The psychological thriller series premiered on January 28, with a total of eight episodes, and Kristen Bell herself produced it alongside comedic actor Will Ferrell.

In the Netflix series, Kristen Bell plays Anna, a woman dealing with the death of her young daughter. When new neighbors move in, the heartbroken Anna notices suspicious activity from the newcomers and takes it upon herself to solve the mystery of a gruesome murder that she thinks she’s witnessed.

The psychological thrillers that this new series parodies contain several distinct themes including an unreliable narrator, a woman recovering from a trauma, a woman with deep-seated fears, a woman who isolates herself in her home, a woman obsessed with her neighbors, and a woman with an addiction to alcohol (usually red wine). Those similar thrillers also usually involve murder suspects or murder mysteries. 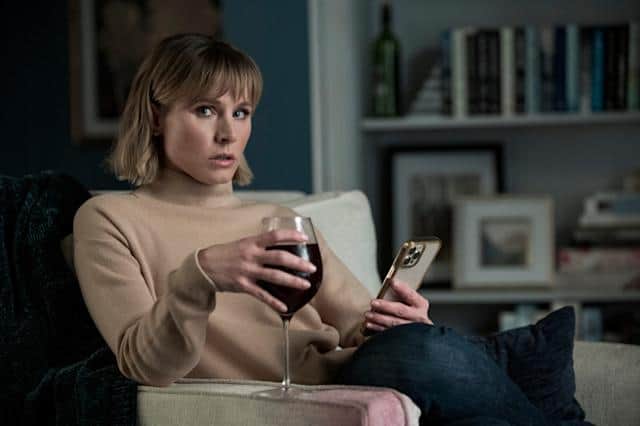 Anna (played by Kristen Bell) drinking a glass of red wine and watching her neighbors in ‘The Woman in the House Across the Street from the Girl in the Window’ Credit: ca.news.yahoo.com

These are all consistent clichés in the niche genre that psychological thriller movies like Gone Girl and Sharp Objects have made so popular, and Kristen Bell does a superb job when it comes to representing the stereotypes without being so over the top that it reaches absurd. In fact, the entire series is actually far less overtly funny than anyone might expect from a series produced by Will Ferrell!

Many viewers might end up watching this limited series without knowing that it’s meant to be satirizing similar movies or shows, because the humor really is subtle most of the time. Fans of Will Ferrell who were expecting laugh-out-loud humor and physical comedy will probably be particularly disappointed by the show’s subtleties, although anyone who begins watching the series knowing that it’s meant to be a parody (and who values subtext) might find the show amusing. If you’re looking for some good laughs, then you may want to skip this series — and if you were hoping to enjoy seeing Frozen‘s Queen Anna in a different light, then be prepared for something very, very different.

Anna Frozen Frozen 2 Kristen Bell The Woman In The House Across The Street From The Girl In The Window Will Ferrell 2022-01-31
Sharon
Previous: Warm Weather Returning to Walt Disney World
Next: Update: Disneyland Park Reservation Availability for Super Bowl Sunday