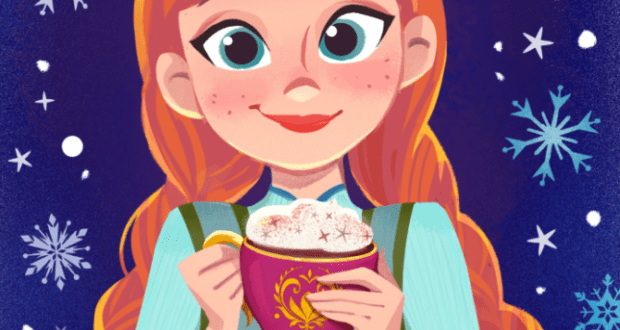 If cold weather instantly makes you want to postpone all plans and snuggle underneath a warm blanket with a good book and a tasty drink, then Disney has the recipe for you! In honor of Anna and Elsa‘s love for chocolate in the movie Frozen (2013), Disney has shared a unique and delicious hot cocoa recipe on Twitter. As Disney put it, “the cold will never bother you with this cozy hot cocoa recipe”.

Mmm, chocolate! ☕️ The cold will never bother you with this cozy hot cocoa recipe inspired by Frozen. pic.twitter.com/lnp70YtCyg

As far as recipes go, this one seems pretty straightforward, and it’s only a little more labor-intensive than traditional hot chocolate! Many people only use packets of hot cocoa these days, but with this recipe’s simple ingredients and quick prep time, it might not be too difficult an undertaking for anyone who feels like making their nightly hot chocolate a little more special during the colder seasons. 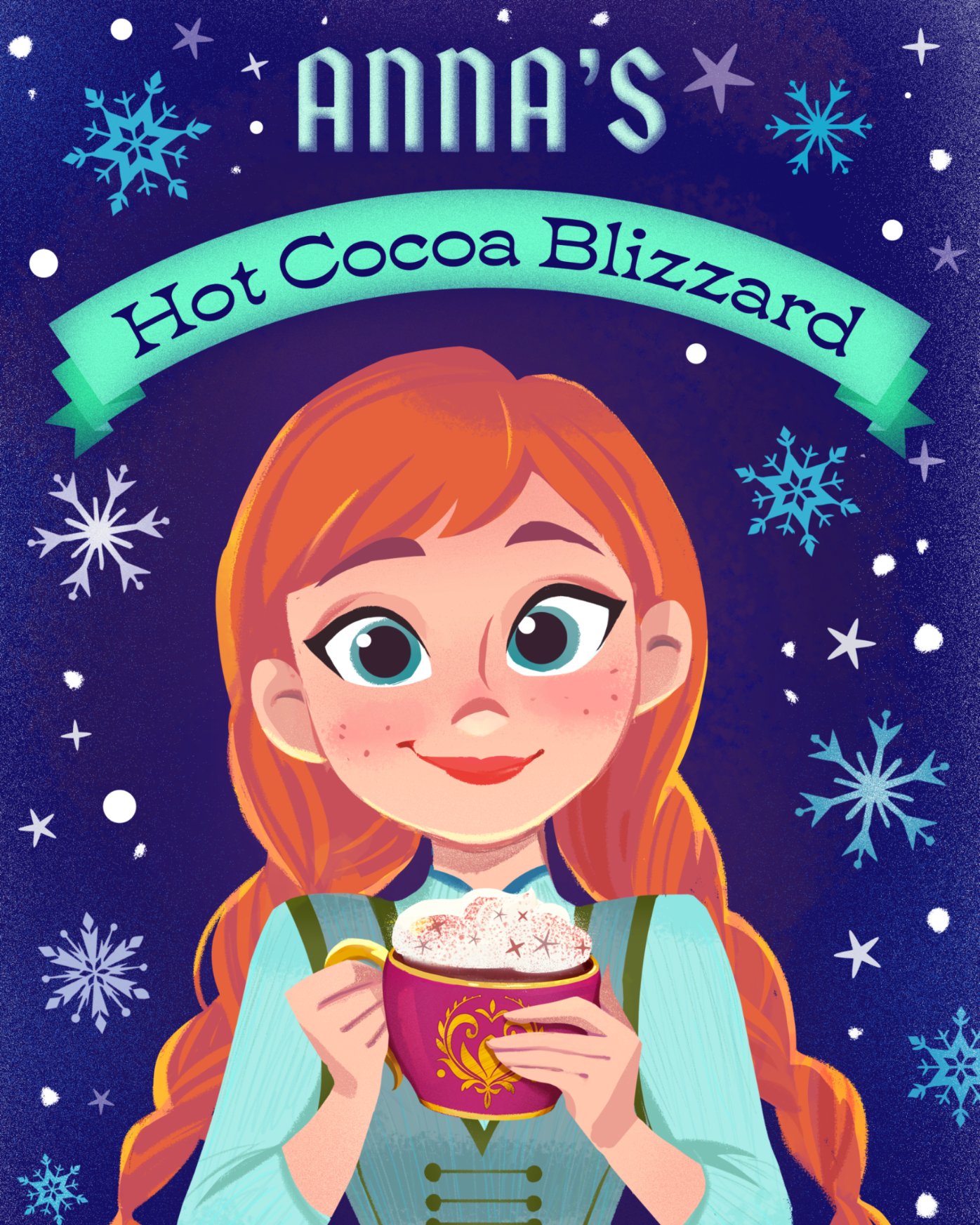 To start making Disney’s “Hot Cocoa Blizzard”, mix 1/4 cup of cocoa powder, 4 cups of milk, and 3/4 cups of sugar. Whisk the mixture together slowly but steadily over medium heat until it’s warm (but definitely not boiling; scalded milk is a big no!). Then, chop up one of your favorite chocolate bars (the more decadent the better) and add it to the mixture, stirring as you do so. With enough stirring and enough heat in the mixture, the chocolate will melt smoothly! 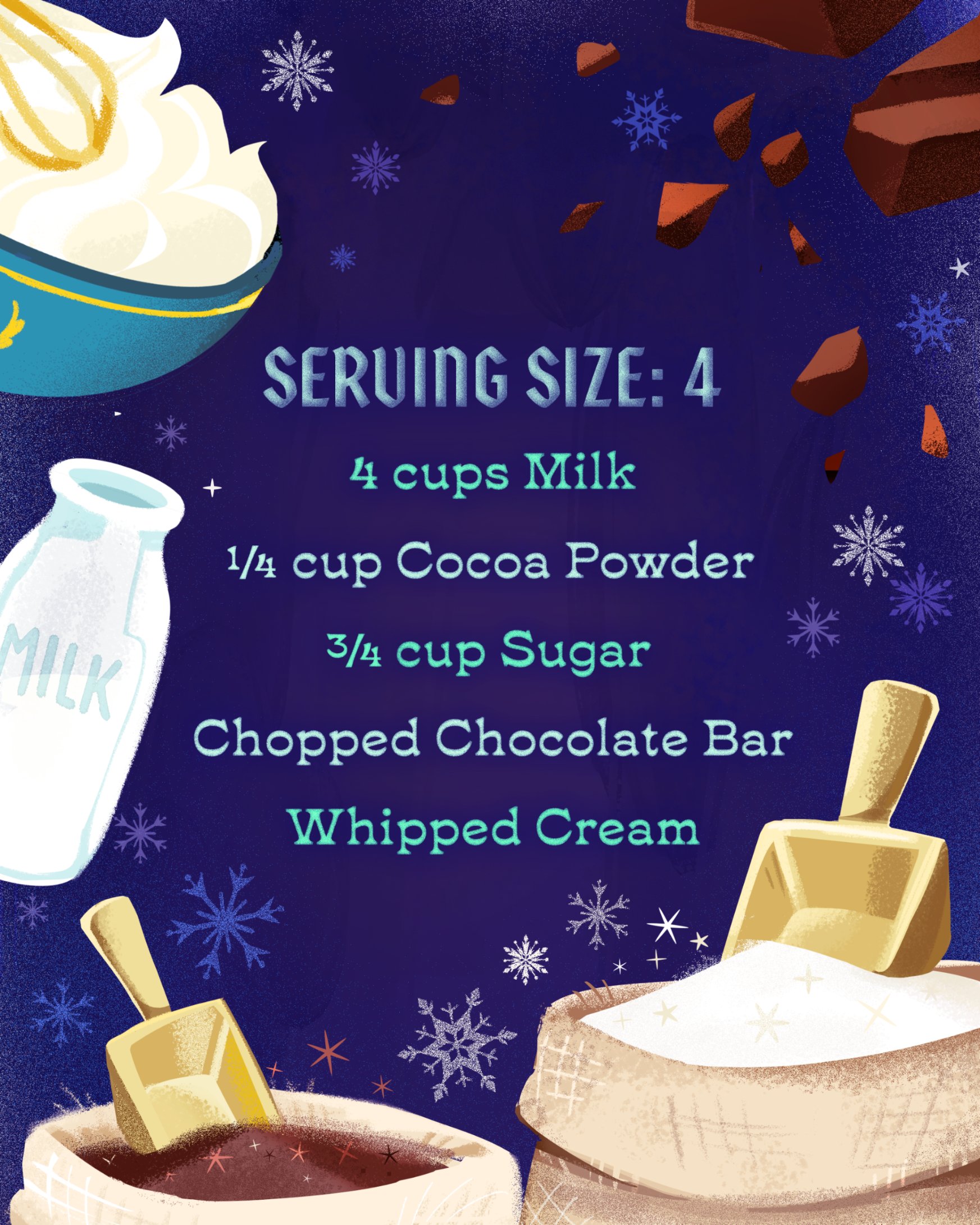 The only remaining steps in this recipe are one: pouring the liquid chocolate, milk, cocoa, and sugar mixture into your favorite Disney mug and two: adding as much whipped cream on top as you want! 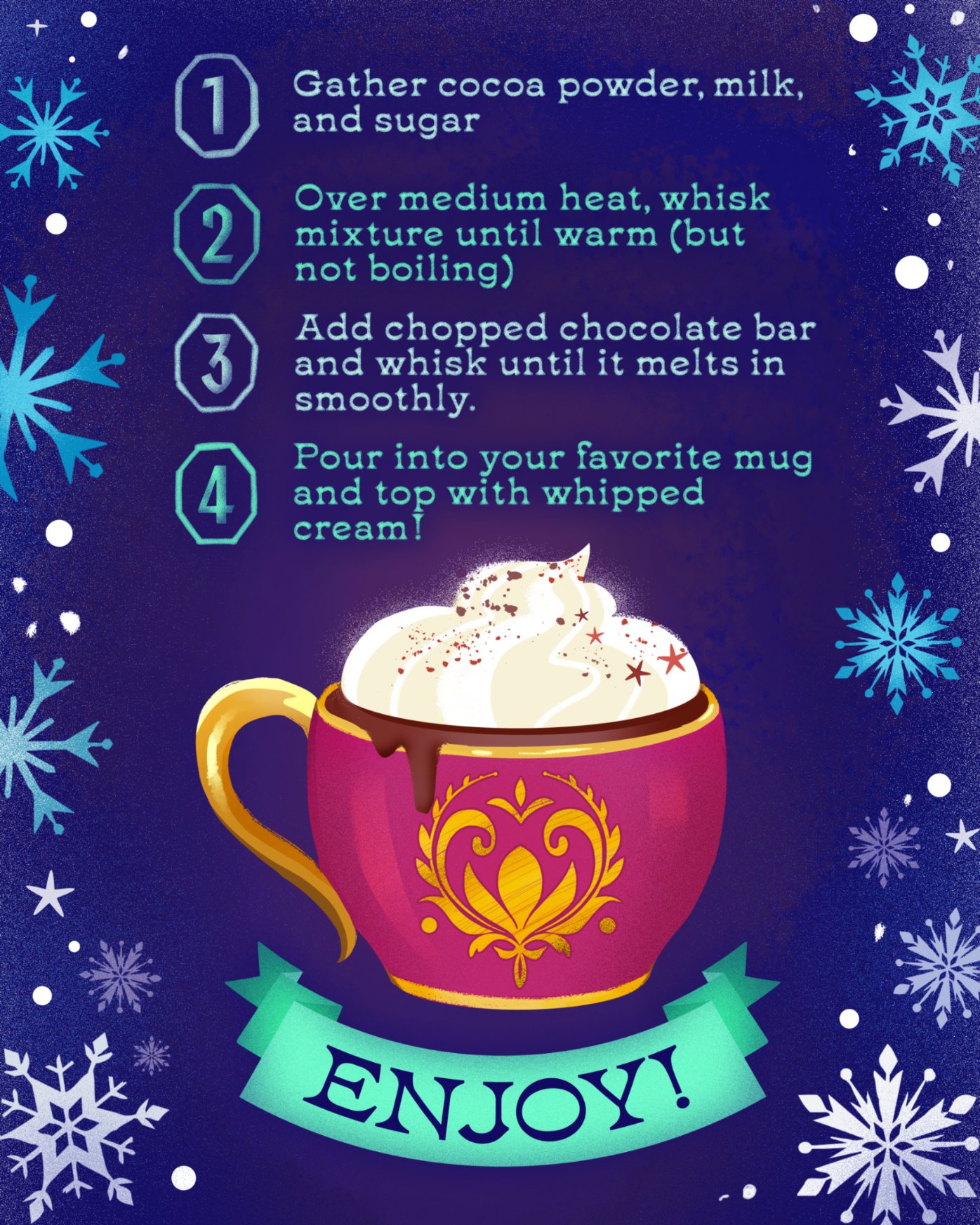 Are you going to try this recipe at home? Or are you in the mood to take some cues from cookbooks like “Disney Princess Baking: Royal Treats Inspired by Your Favorite Princesses” or “Disney Princess: Healthy Treats”? Or perhaps you’re in an even more ambitious mood, and you’re planning on recreating some of the trademark holiday meals that are currently being offered within Walt Disney World Resort or Disneyland!