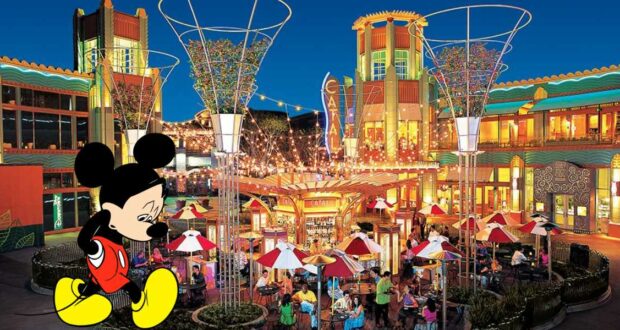 A fan-favorite bakery at Southern California’s Disney Resort has officially shuttered, according to recent reports.

One of the best parts of the Disney experience is the food. Most Disney Fanatics can agree on this. Every Guest has their chosen eatery or restaurant they would like to frequent and enjoy tasty treats and offerings from.

Even though Disney restaurants are known to be pricey, and the Disney experience comes with a hefty price tag, Guests are still partial to their chosen food stop.

However, there do come sad days when some of our favorites are shuttered for various reasons, and for some Disneyland Resort Guests and fans, that day has arrived.

In a new message, the company said: "Our cafes are permanently closed." This includes the location in Los Angeles. pic.twitter.com/M9X4drz47L

Related: Free Things to Eat and Drink at Disney World

La Brea Bakery, which was known to serve fresh-squeezed juices, coffee, baked goods, or a delicious breakfast croissant sandwich in the bustling Downtown Disney district, has now shut down all its locations per its website, including the one at Disneyland Resort’s shopping center.

The bakery was started by renowned chef Nancy Silverton, who opened the first La Brea Bakery in 1989. La Brea Bakery’s bread has set the standard for artisanal bread throughout the country.

Fans were incredibly upset to hear the news and shared:

Oh no!! But what about brunch, and fancy salads, and everything else?! La Brea was awesome. pic.twitter.com/N5F3rIOXUY

Another user, Sierra Lynn, added, “BUT THE CHEDDAR JALAPEÑO BAGELS!!”

At this time, we do not know why the destination has closed, though since it appears through the website all locations have been shut, it might be an issue on the part of the eatery itself. This does, however, lend itself to a piece of good news which is that a spot has now opened up for a new favorite for Disney fans.

Bakery Disneyland Resort Downtown Disney 2023-01-09
Priyanka
Previous: Bring Home the Disney Parks With Disney’s Latest Offering
Next: Disney Might Have Lost the Rights to Its Own Music, Here’s Why Fans Think So