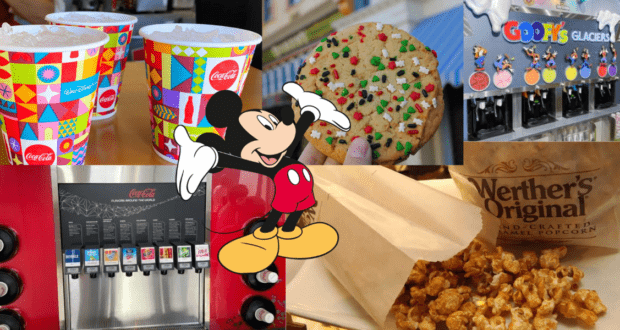 Free Things to Eat and Drink at Disney World

Anyone who has ever visited Walt Disney World Resort knows firsthand that food and drink purchases don’t often come cheap. With the Disney Dining Plan still unavailable and Disney theme park ticket prices soaring so high, you may be more than a little reluctant about which kinds of snacks and refreshments are worth overpaying for. But what if I were to tell you that there are some rather unique ways to even score food and drink options that are free at Disney World? From satisfying samplings to comps that come included as part of a package deal, here are 10 free things to eat and drink around Disney World.

Related: Family Shares How Much Food at Disney World Cost Them in a Day

Guests can rejoice in knowing that one of our most basic essential needs for sustaining life, water, is still provided to us free of charge throughout Walt Disney World. That’s right, you can just go on up to any counter service location and request a cup of iced water, and the attending Cast Member will happily comply. This is great to know when making your rounds through a Disney Park on a stiflingly hot day, and you’re looking for an alternative to coughing up $3.50 on a bottle of water. 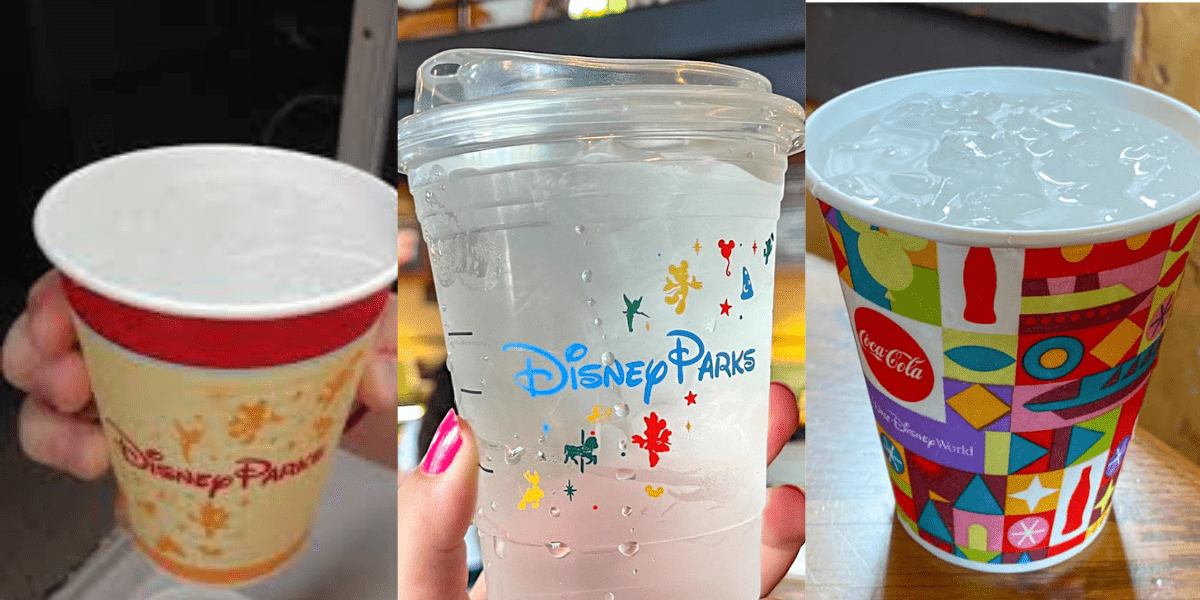 Did you know that many Disney Resort locations offer up complimentary campfire activities on a nightly basis? It’s all part of the free family-friendly fun they’re known for and even coincides with those entertaining Movies Under the Stars, shown on a large outdoor screen. For campfires, they even provide you with free marshmallows and sticks for roasting them. 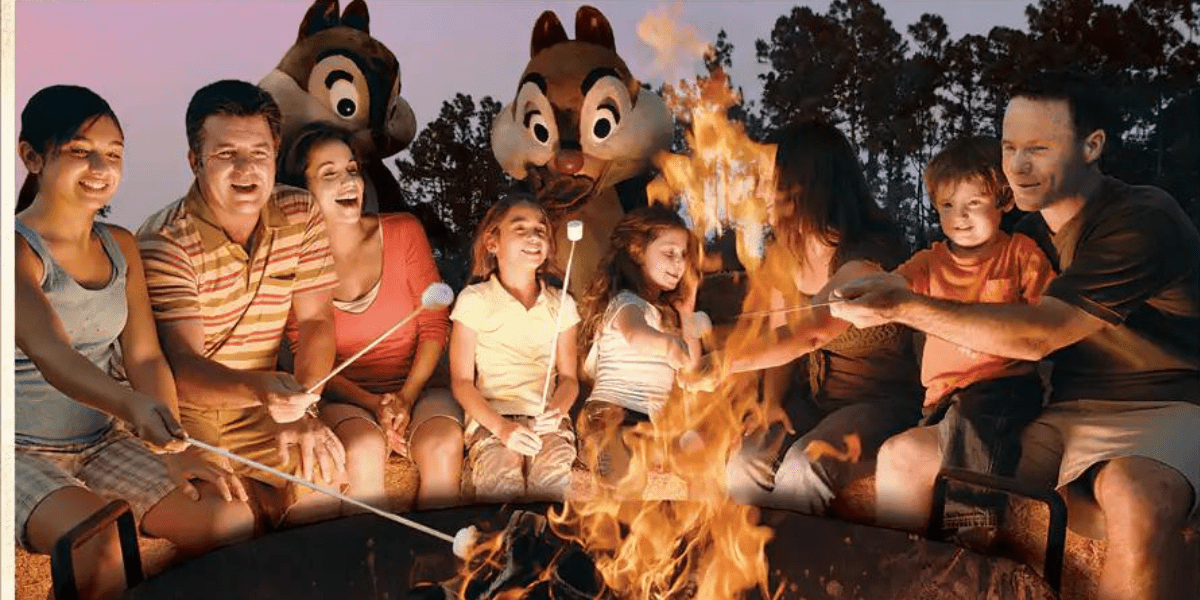 Depending on the time of year in which you take a Disney World vacation, you’re probably aware of the various seasonal festivals and special events that are known to occur throughout the year. From those ever-popular Mickey parties over Magic Kingdom Park, which include Mickey’s Not-So-Scary Halloween Party and Mickey’s Very Merry Christmas Party to various festivals presented over at EPCOT, it’s pretty much a given that refreshments and vittles are always a part of any celebration.

While Mickey’s ticketed events do come as paid extras, Guests in attendance get to enjoy myriad comps throughout the evening, including trick-or-treat goodies at Halloween and cookies and hot chocolate at Christmas! The EPCOT food scene is always pretty big, especially at the rightfully named EPCOT International Food & Wine Festival. While the light plate fixings and beverage samplings from various booths do come with a cost, you should take note that there are often free applesauce to-go packets as well as sample packages of cranberries being handed out at the front entrances leading into the World Showcase. 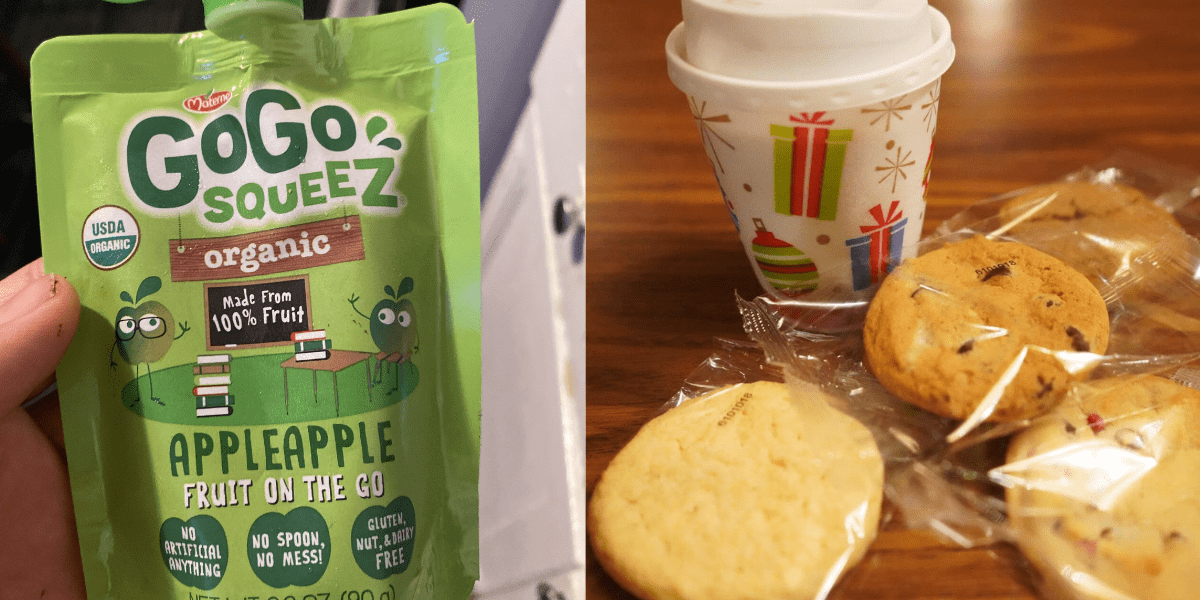 Karamell-Küche, on location within EPCOT’s Germany Pavilion, is a well-loved traditional go-to for a variety of enticing treats. Many such features are made fresh and on location using authentic Werther’s original caramel. There’s much to be said about their Werther’s Caramel Corn in particular, including the fact that despite providing a million-dollar taste you can actually try some free of charge! Just ask a Cast Member onsite for a caramel corn sampling and they will oblige in providing you with a complimentary fun-size portion of the good stuff. 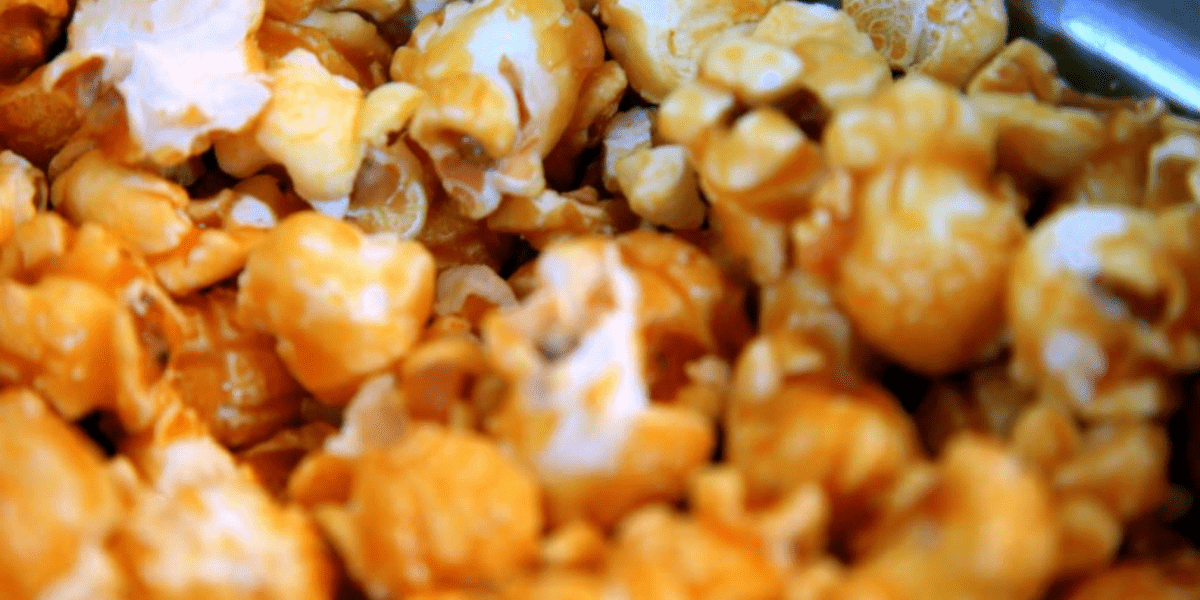 Main Street Confectionary, on location at Main Street, U.S.A. at Magic Kingdom Park is the site of so many mouthwatering morsels of the sweet treat variation. Many of their novelty offerings understandably come with a bit of an elevated price tag, but did you know that you can actually get your fill just by taste-testing the goods via way of free samples? That’s right, Cast Members here are known to make their rounds within the store, sporting trays containing a host of delectable goodies, ranging from cookies, fudge, gourmet cotton candy, and more. 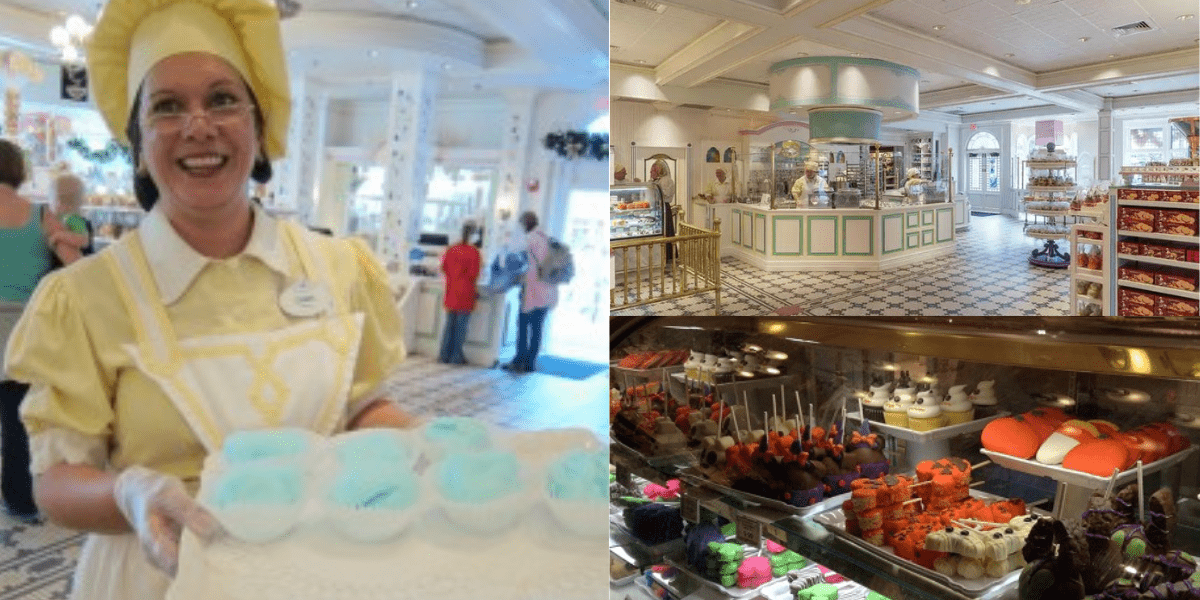 Main Street Confectionary isn’t the only place where you can satisfy your sweet tooth with decadent, free samples. When you visit Ghirardelli Soda Fountain at Disney Springs, for instance, you will find store employees onsite to greet you, comping you and every member of your group with miniature Ghirardelli brand chocolate squares. 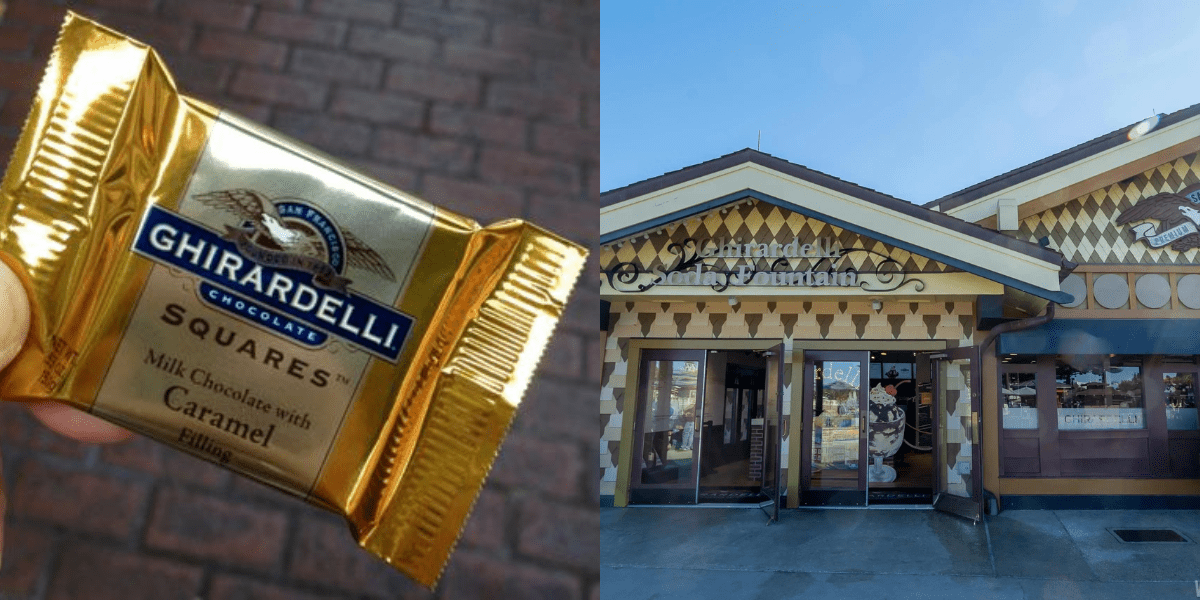 Disney Cast Members are forever striving to make magic for visitors, particularly for those who are celebrating a special milestone as evidenced by a themed button calling out such. Therefore, you should never be surprised if, at the conclusion of your next table service meal, you are presented with a special celebration dessert on the house, denoting whatever felicitations are in order. 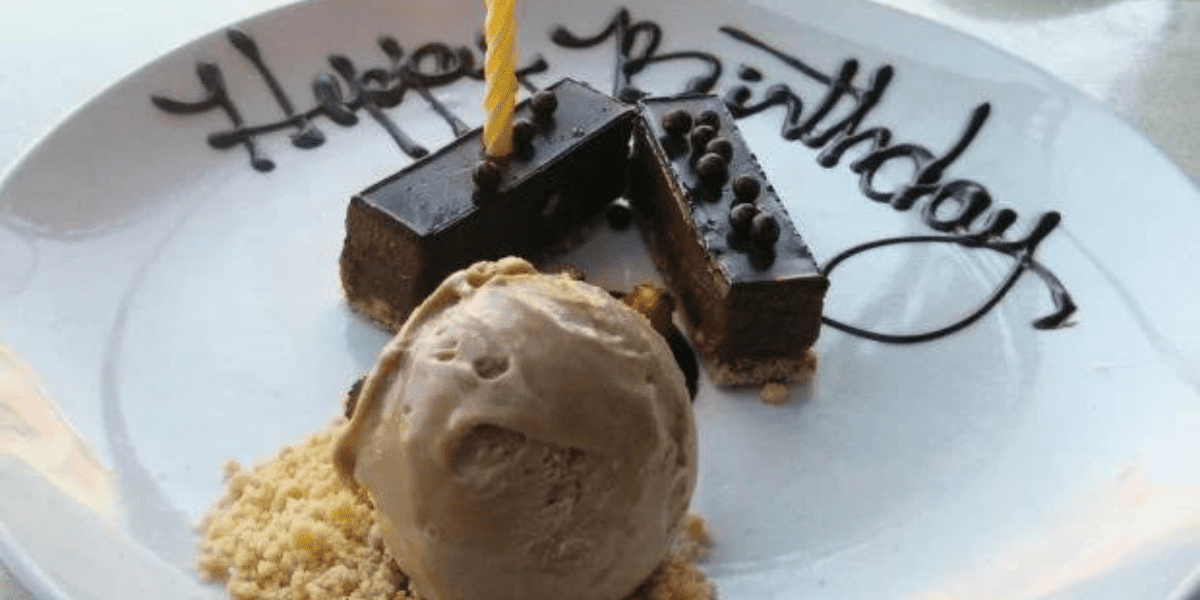 Have you ever been interested in learning more about Disney Vacation Club membership? If so, perhaps you’d be willing to take one of the Disney Vacation Club Open House tours being offered at several Disney Vacation Club Resort locations at Walt Disney World Resort. How it works is that a Cast Member will personally escort you to model rooms to explore in addition to reviewing all the perks and benefits of becoming a Disney Vacation Club Member. Doesn’t that sound nice? Well, something even nicer is that at the conclusion of such tours, you are treated to some free ice cream and other complimentary goodies. Do take note, however, tours generally average around two hours in length. 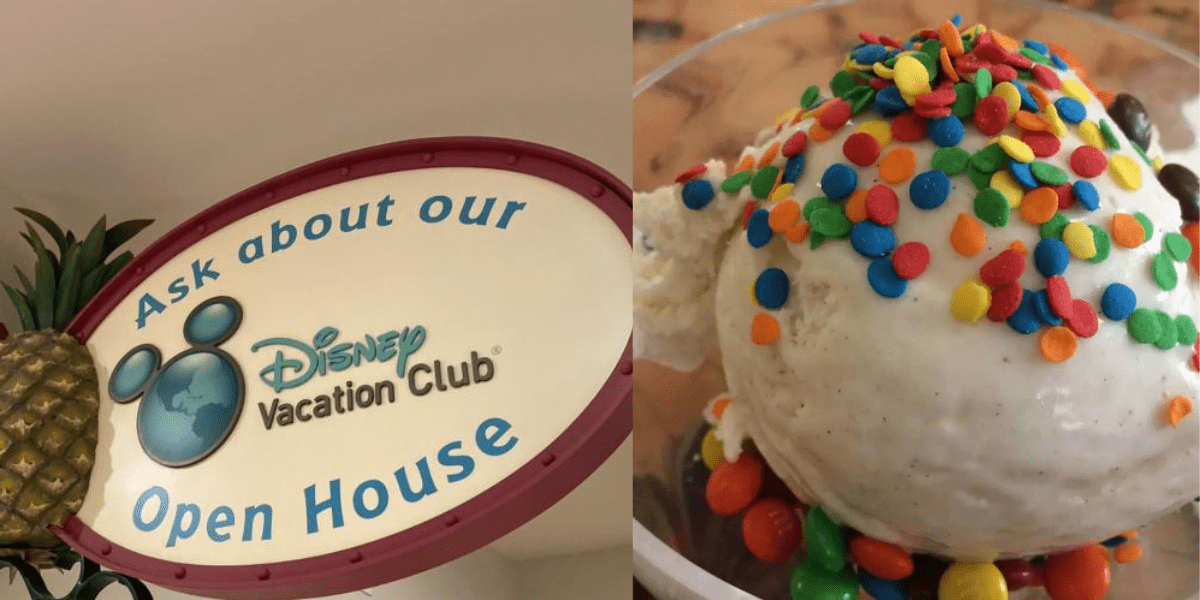 Have you ever had one of those “goofy” slushy ice drinks known as Goofy’s Glaciers? You’ll find them at several Disney locations now, including Disneyland Resort. Still, they are a Disney World staple originally, found at such locations as Big Top Treats in Magic Kingdom Park, and even more notably at Goofy’s Candy Company in Disney Springs. The latter location has the more profuse flavor options, so many in fact, that you may be hard-pressed to make any decisions without at least trying out a couple first. Perhaps that’s the primary reason why you can indulge in multiple samplings of the good stuff before paying a cent. Truth be told, though, this method for flavor flights can also serve as a way to cool down for free. 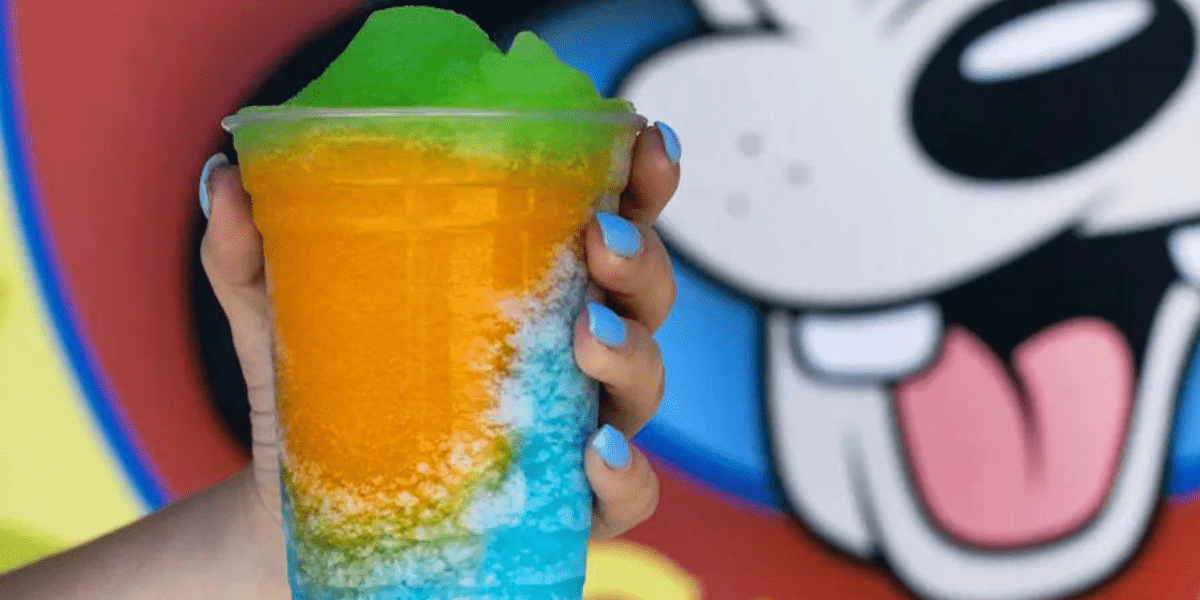 EPCOT’s iconic Club Cool is perhaps one of the most famous spots in all of Walt Disney World where one can wet their whistle for free, via multiple complimentary soda samples from around the world. It’s not only permitted, but it’s to be expected—people filling multiple tasting cups of different sodas, trying out as many flavors as they want, as many times as they want without any judgment or feelings of guilt for having gone back for seconds of a particular flavor. It really can be a great on-the-go refresher and respite along the way as you get in all that walking around EPCOT. 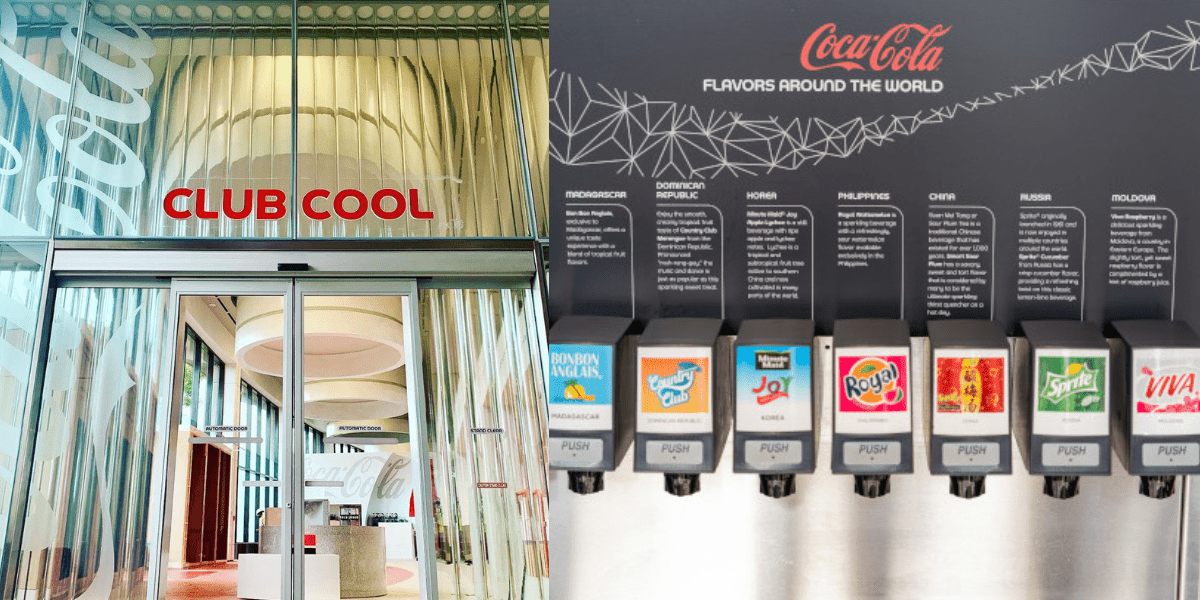 The food and drink options making up the scene at Disney World are forever changing. For example, in the past, there used to be great ways to try complimentary cuisine samples at Disney’s Animal Kingdom Lodge via their free culinary tours. Sadly, these tours are currently unavailable, and there is no official word about if or when they may resume. Then there are also newer venues always emerging, with the promise of maybe offering even more complimentary items sometime in the future or on a seasonal basis. While all the ways in which to inexpensively replenish yourself are subject to change from time to time, it’s still good to know that such enticements are present at Disney World just the same.