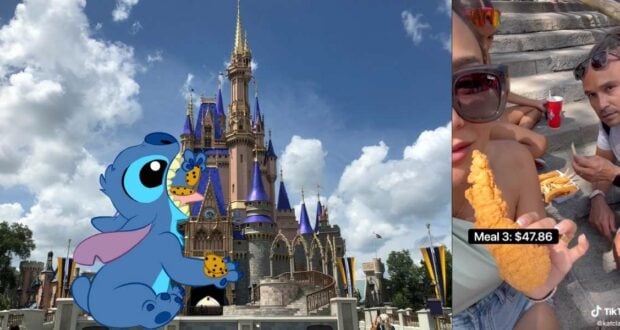 A Disney Guest recently shared how much she spent for a family of four at Walt Disney World, and the amount is quite high.

Walt Disney World Resort is home to some of the best Disney Parks: Magic Kingdom Park, Disney’s Hollywood Studios, Disney’s Animal Kingdom Park, and EPCOT. Each Theme Park has its own special rides and attractions that have Guests flocking back to them for more. It’s clear that whether it’s Disneyland Resort or Walt Disney World Resort, Disney fans love getting their chance at a Disney vacation.

But we all know that going to a Disney Park is an expensive choice, and “tasting” the Disney experience can definitely add up, price-wise. Whether it’s for food, merch, or even Disney Genie, Genie+ and Lightning Lane, a Theme Park visit requires some serious budgeting.

One TikTok influencer Kat Clark, @katclark86, took to the social media platform to share her experience going to Walt Disney World Resort’s Magic Kingdom, particularly about how much Disney dining in a single day cost her family of four.

Magic Kingdom, Disney World. What I ate and how much it cost me #travel #food #family #price

Related: Disney’s Price Rises May Not Be Over

Clark shared a meal-by-meal breakdown of all the food she and her family ate and how much each one cost her and her family. The total came up to a whopping $415.64 USD ($648.86 AUD).

Clark and family started their Disney World food journey at The Lunching Pad in Tomorrowland at Magic Kingdom and went to Golden Oak Outpost, among other establishments at the Disney Park. She mentioned all the food was delicious, but also clarified in the comments that “Price includes the entire families meal. It’s Australian dollars. And yes it’s expensive, some places were selling small water bottles for $9 AUD 😳.” That’s almost $6 USD. 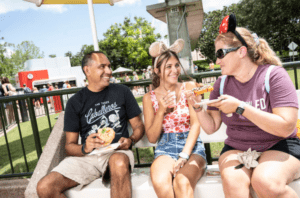 The comments were understandably filled with people shocked at the prices she outlined. TikTok user Annalyse Tydeman exclaimed, “WHY IS IT SO EXPENSIVE??????”

Another user, Alice Raspin added, “surely the prices were a joke ? 😂😳”

A third user, Chey, also chimed in, “I AM ILLLLLL at how much that food all costs, I’ll never be able to afford to take my kids here 😱 😭”

Chey’s comment is a more far-reaching one. Of all the recent Disney news making the rounds, possibly the most common is that many families feel “priced out” by Disney’s costs.

Read More: Disney Makes a Statement on Hiked Prices and ‘Pricing Out’ Guests

Notable is that Clark did mention some Cast Members, on seeing their “1st visit” badge gave them a meal for free at the Chesire Cafe. It’s well-known that Disney Cast Members do their best to make sure Guests can have a wonderful Disney experience, and Clark also was touched that they did that for them.

It’s also worth noting that the most recent statements that the Walt Disney Company has made about changes have seen them doubling down on them.