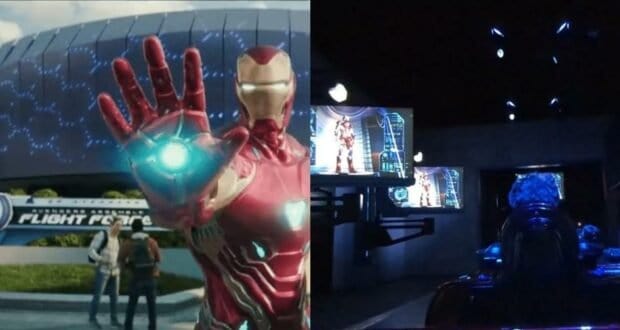 Select Guests got to experience the new ride this past weekend, and some of them shared their experience on social media. Ride along with the POV experience below:

Join us while we ride Flight Force! #AvengersCampusParis #DLP pic.twitter.com/iUNQ7Z7vyn

Disneyland Paris closed its Rock’ n’ Roller Coaster in 2019 to make way for Flight Force, but it appears that much–if not all–of the original coaster track has remained intact. Most noticeably, the iconic horizontal launch is still in place. It is unclear at this time how much of the original coaster has changed, save for the new projections and featuring Iron Man and Captain Marvel.

Disneyland Paris describes the new ride as the following:

Heroes wanted! Team up with Iron Man and Captain Marvel and help them save the world from an intergalactic threat. Good luck, recruit. Earth is counting on you!

Avengers Assemble: Flight Force and the rest of Avengers Campus opens to the public on July 20.

Disneyland Paris describes its new themed land on its website as the following:

Calling all heroes… prepare to assemble in an epic new land in Walt Disney Studios Park, where you’ll team up with the Avengers and take on the mightiest MARVEL missions!

Avengers Campus is the latest step in a massive multi-year expansion of Walt Disney Studios Park, which includes the creation of its own Star Wars Galaxy’s Edge and Arendelle: The World of Frozen.